Missouri uses three-run inning to down Alabama in SEC Tourney 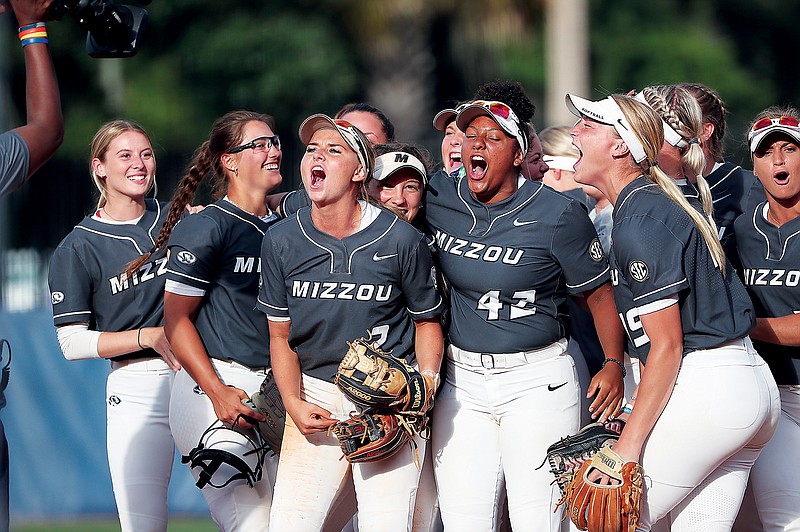 GAINESVILLE, Fla. -- The Missouri Tigers blanked the Alabama Crimson Tide 3-0 on Thursday in the quarterfinals of the SEC Softball Tournament.

With the win, seventh-seeded Missouri advances to face third-seeded Tennessee in the semifinals at 2 p.m. today (ESPN2). Tennessee advanced with a 1-0 win against Mississippi State in 13 innings in the first game Thursday.

Missouri and second-seeded Alabama were scoreless through five innings.

In the top of the sixth, Jenna Laird led off with a double for the Tigers. Kim Wert was intentionally walked before Brooke Wilmes reached on an error to load the bases.

Kendyll Bailey followed with a sacrifice fly to deep center to score Laird and advance Wert to third.

After a fielder’s choice at the plate, Kara Daly (Jefferson City High School) singled to center on a 1-0 pitch to score Wilmes to make it 2-0. Alex Honnold, who reached on the fielder’s choice, scored Missouri’s final run when Alabama dropped a pop-up on the infield.

Laurin Krings pitched a five-hitter to get the win for Missouri. She did not allow a walk and struck out three.

It’s the second straight year Missouri has advanced to the semifinals of the single-elimination tournament.

The tournament title game is scheduled for 4 p.m. Saturday.