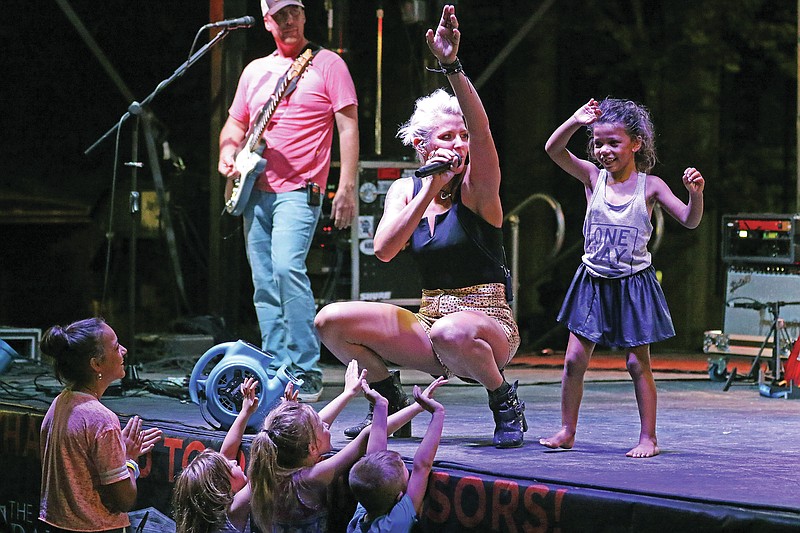 A group of young concertgoers surround ChristiAna as she sings "I Want you to Want Me" by Cheap Trick during a previous Thursday Night Live on High Street in downtown Jefferson City. (Jason Strickland/News Tribune file photo)

The first Thursday Night Live of the year kicks off May 19 with headliner Shiloh Country Band. Gates open at 6:30 p.m. with opening act Ross Steiner taking the stage at 7 p.m.

Event organizer Angela Nale, who's a member of the Downtown Jefferson City Association board, said numerous downtown bars and restaurants participate in the event, though several of them are undergoing transitions right now. As examples, she noted Spectator's, which closed earlier this year but will reopen later in the year as a new business; Bar Vino, which is working on opening Bar Whiskey downtown soon; and Gotham Grill, a comic-book-themed cafe that opened earlier this year downtown after closing its Governor's Office Building location in 2020.

So for this first Thursday Night Live of the season, Nale said the emphasis is just on the concert.

"We still want to bring everyone out and have a good time," she said. "For May, it's just the basics, but we're hoping to spice it up come June."

There is no July event with downtown resources all dedicated to the Salute to America July 4 celebration. In August, Nale said, Missouri stompgrass band The Kay Brothers are set to perform Aug. 18. She's yet to secure the September act but is looking for a rock band. The final Thursday Night Live of the season is Sept. 15.

As the season progresses, Nale said to keep an eye on the Thursday Night Live Facebook page for more announcements as she hopes to add themes or special activities to some of the later events. In past years, there were taco and wing nights as well as a beach party.

"The whole point of Thursday Night Live is to bring awareness to the downtown area and bring people downtown see what we have to offer and to eat, drink and be merry," Nale said.

Thursday Night Live admission is $2 for those 4-12 years old; age 13 and older are admitted for $5. A wristband and beverage cup are included for those 21 and older. Anyone under 16 must stay with a parent or guardian. 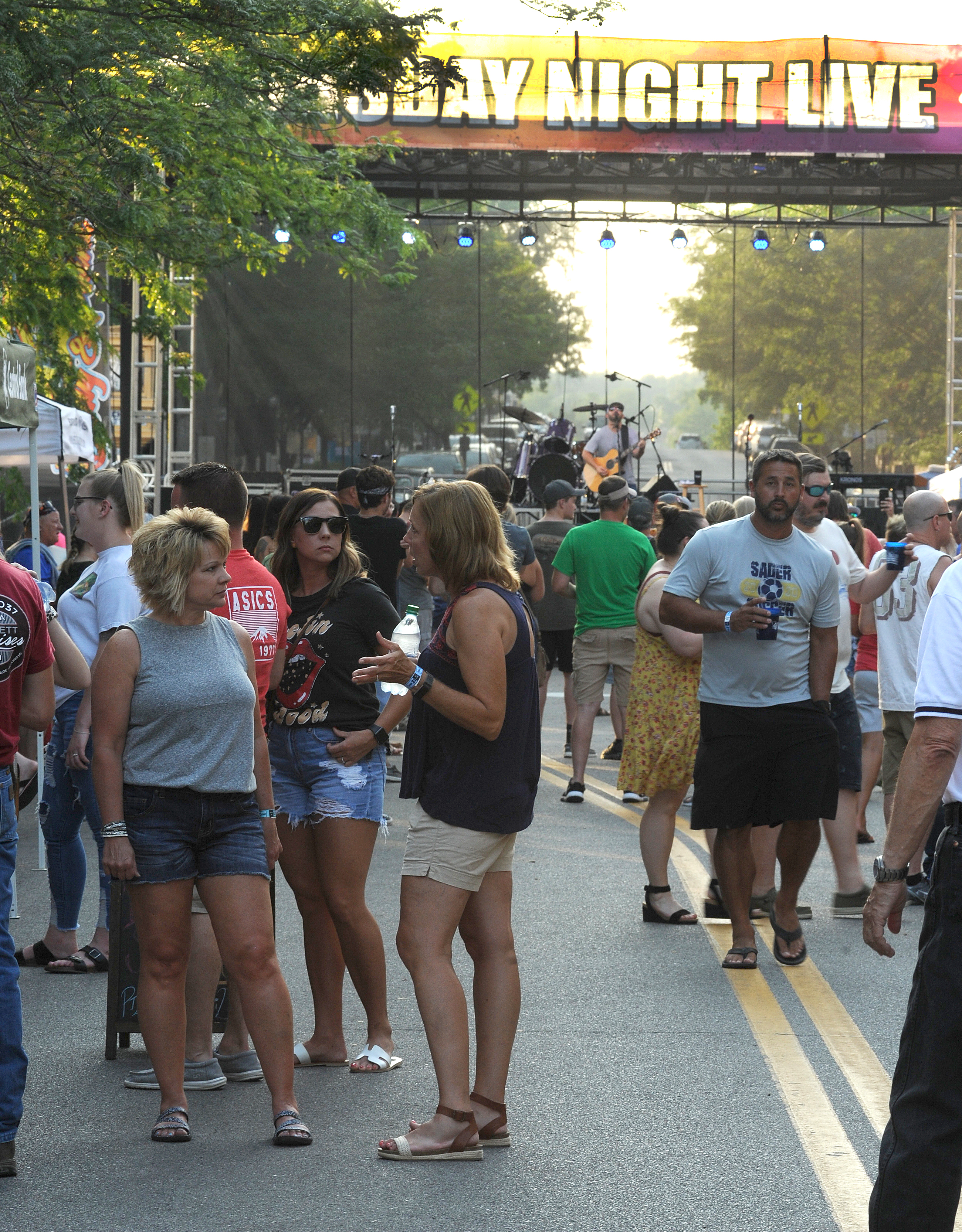 A crowd gathers in the 200 block of High Street in downtown Jefferson City to enjoy a past "Thursday Night Live" event, a fun night of dancing in the street along with enjoying food and beverage. (Shaun Zimmerman / News Tribune file photo)