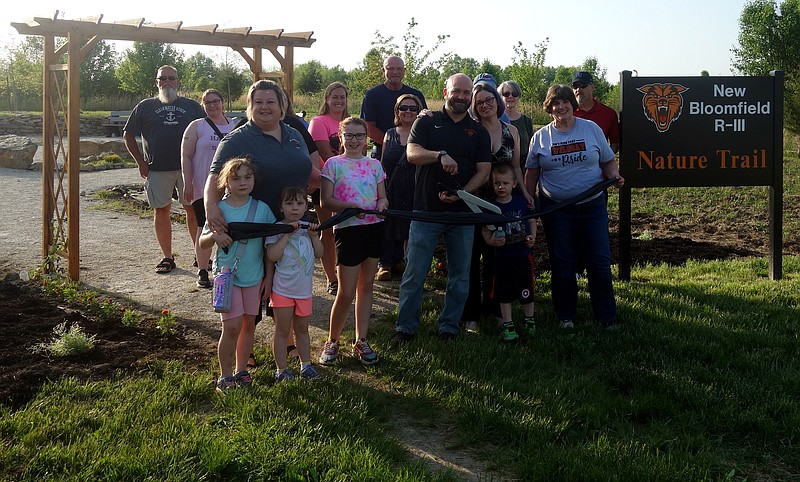 As part of its final Partners in Education event for the school year, New Bloomfield R-3 faculty took community members on a tour of the district's walking trail next to the high school.

Work on the area continues, but students and teachers already use it.

While the goal of the project was to address the mental and physical health of students, New Bloomfield High School Principal Paul Cloudwright said, it has come to serve multiple roles.

Cloudwright said he regularly sees teachers going on walks during their breaks or taking their students to the trail.

For instance, he said, some of the faculty that teaches denser subjects, such as psychology, have started using the trail while teaching.

"(They) do a lot of what we call the walk and talks," Cloudwright said. "The classes are smaller, and when you're talking about something that's conceptual ... walking the quarter mile, the kids love it."

The figure-eight shaped trail is located behind the high school. While the original plan was just the trail, the district has also built a pavilion for an outside classroom, a zen space, a rock circle and several garden plots.

Certain classes, such as life skills, are using the plots to learn.

Cloudwright said the district still plans to expand a retention ditch into a small pond in the center of the trail.

One of the great things about the area, he said, is it has several types of land from an ecology standpoint. Part of it is swamp and another part is prairie, he said.

Cloudwright said the district is also discussing the construction of a greenhouse nearby, although no plans for that are finalized.

The pond will give students another type of ecosystem to study outside of their textbooks.

Cloudwright said the district mostly used native plants and trees for the area, but did get a couple non-native trees for projects students with Future Farmers of America do.

During the next few years, the trees and nature around the pond will continue to grow, he said. 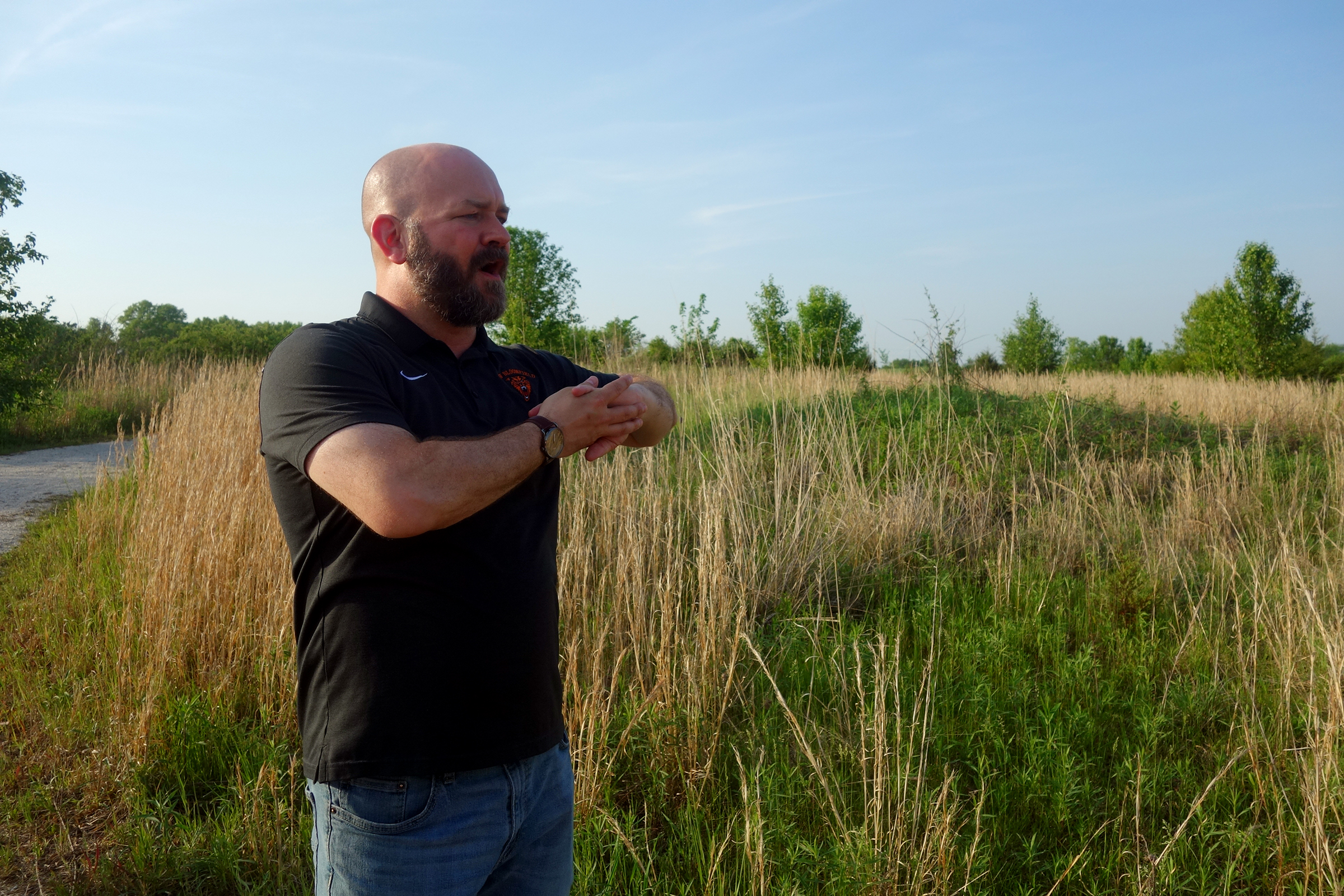 New Bloomfield High School Principal Paul Cloudwright shows off a section of the district's new walking trail during the Partners in Education meeting on Wednesday, May 11, 2022. (MICHAEL SHINE/FULTON SUN) 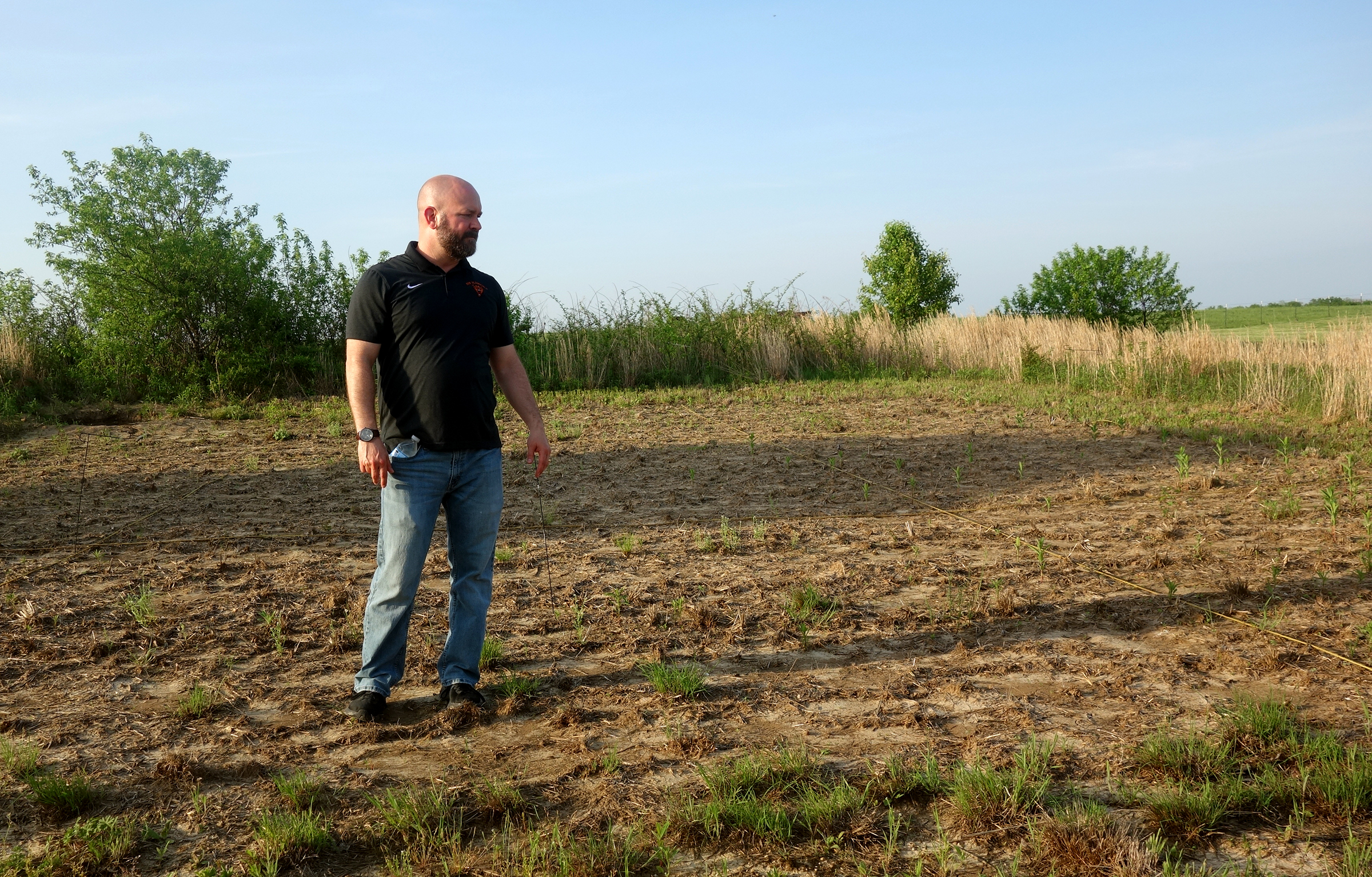 New Bloomfield High School Principal Paul Cloudwright shows off a plot of land where for agriculture students to get hands-on experience, which is next to the district's new walking trail, during the Partners in Education meeting on Wednesday, May 11, 2022. (MICHAEL SHINE/FULTON SUN)