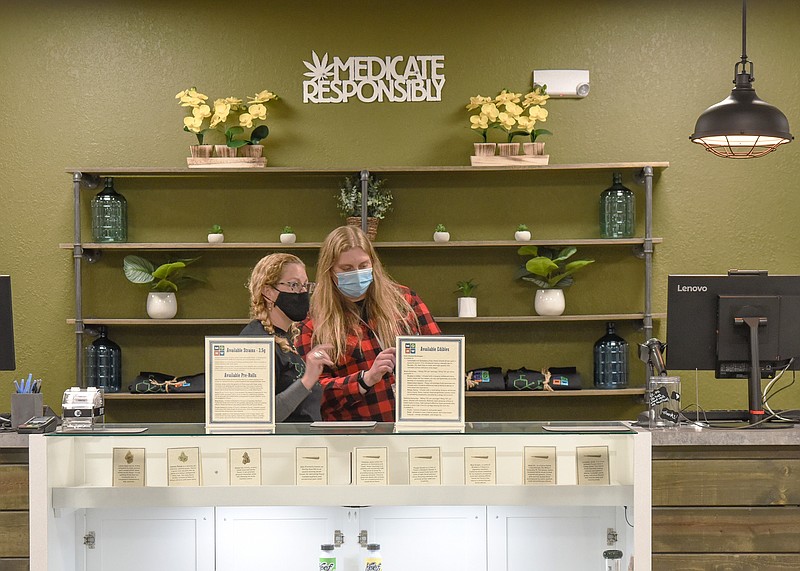 Sales reached $2.85 million on April 20 -- an informal holiday celebrating marijuana -- a one-day record during a month that saw around $6 million more in sales than in March. Cumulative sales for the program have reached nearly $336 million since the state's first dispensary opened in October 2020, according to a release from the Missouri Medical Cannabis Trade Association, with nearly half of that amount collected over the past six months. Annual revenue is expected to top $360 million this year, $60 million more than was projected last month.

The state had approved 188 dispensaries, 48 marijuana cultivation facilities and 69 infused product manufacturers as of last week. In total, 335 facilities have been given the green light, with more than 185,000 patients and caregivers taking part.

"Missouri residents with cancer, epilepsy, glaucoma and 20 other qualifying conditions can purchase or cultivate medical cannabis with a physician's certification," the release states. "The law also provides physicians with the discretion to certify patients who have other chronic and debilitating medical conditions that could benefit from medical marijuana, and legally protects their right to have such conversations."

The state has thus far approved 203 dispensaries and 63 cultivation facilities. The state has also issued more than 7,850 state agent ID cards for those working in the industry. More than 7,600 of those jobs were added in the last year, with the industry making up almost one in 10 new Missouri jobs for 2021.

Missouri voters approved the medical marijuana program in 2018 for Missourians with qualifying conditions, including cancer, epilepsy and glaucoma. The constitutional amendment also allowed physicians to certify patients who have other chronic medical conditions.

The measure also required taxes and fees generated from the program to go toward the Missouri Veterans Commission, which received more than $6.8 million through the program last year. The inaugural transfer in 2020 amounted to more than $2.1 million.

Missourians may also consider recreational marijuana on the ballot this year. Legal Missouri 2022's initiative petition campaign would let voters decide whether to legalize recreational possession, cultivation, purchase and consumption for those aged 21 and older. The proposal would also expunge the records of Missourians charged with non-violent marijuana offenses and generate an estimated $40.8 million in new revenue through a 6 percent sales tax.

The campaign submitted around 390,000 petitions to the Secretary of State's Office on Sunday. Signatures will need to be verified before the measure is placed on a ballot.