Jefferson City ranks 29th among US metros for manufacturing growth 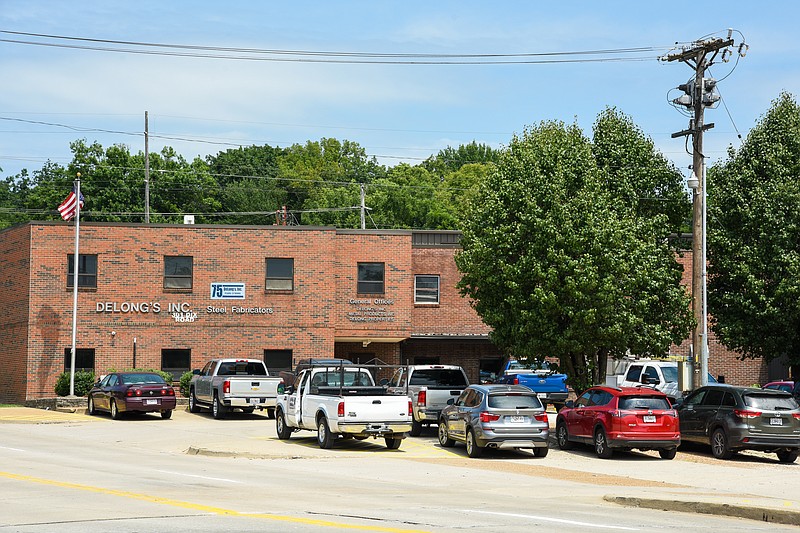 DeLong’s Steel, a manufacturing facility based in Jefferson City, is seen in this Aug. 6, 2020, News Tribune file photo.

The Jefferson City metro area is among the top across the U.S. in terms of manufacturing job growth, according to a new study.

The area ranked 29th out of 312 small, mid-size and large metros across the nation. The ranking was based on data from 2010-2020 published by the U.S. Bureau of Economic Analysis that found a 22 percent surge in construction jobs for the area.

Manufacturing jobs make up several of Jefferson City's most prominent employers, according to statistics from the Jefferson City Area Chamber of Commerce, with Quaker Windows & Doors making up around 1,050 jobs and Command Web employing 200 workers as of 2018. Modine Manufacturing also employed more than 190 workers, according to the chamber's data, with DeLong's reportedly employing more than 150 workers in the area.

Kansas City ranked low at 204 with a score of 42.2 and 8.6 percent job growth and 8.3 percent GDP growth. The St. Louis metro area was not included in the report.

Kankakee, llinois, the top-ranked metro in the U.S., scored 97.1 with 58.7 percent job growth reported for the decade. Its manufacturing GDP skyrocketed over the composited period by 149.7 percent.

Missouri also ranked 29th among the states, with a score of 47.6 calculated from a job growth at 9.7 percent and a GDP increase of 2.2 percent, while Michigan took the top spot with a score of 85.1, 17.9 percent job growth and an 18.6 percent GDP surge.

On the national level, manufacturing employment has grown by 5.9 percent with a 12 percent sector GDP growth.

The study, published by research firm Construction Coverage, noted an overall decrease in manufacturing employment nationwide during the past several decades, with a high of nearly 40 percent of total employment being manufacturing jobs in the 1970s to less than 10 percent over the past decade.

"Manufacturing jobs have historically been a pathway to the middle class, offering good pay without requiring high levels of education," the report read. "Companies that rely on manufacturing invest heavily in research and development, which helps drive innovation. Domestic manufacturing also contributes to more secure and resilient supply chains -- a point that has become clear during the COVID-19 pandemic."

Despite a steady decrease in employment, economic output has remained fairly consistent over the years, the data shows.

Adjusted for price variables, manufacturing accounted for nearly 12 percent of GDP for 2020, while relative percentages neared 13 percent for a decade prior. The adjusted measurement has risen and dipped but remained around the 12 percent mark throughout the decade.

The report attributed the ebbing and flowing to the growth of other sectors and industries as well as the slow price increases for manufactured goods rather than a variance in productivity.

The authors noted the health of the manufacturing sector has captured the attention of the public during the past several years, with presidential administrations on both sides of the aisle focusing on the health of the industry. It also notes that much of the largest sector growth is found in states within the southern and western portions of the country reportedly thriving, with other standouts along the Rust Belt.