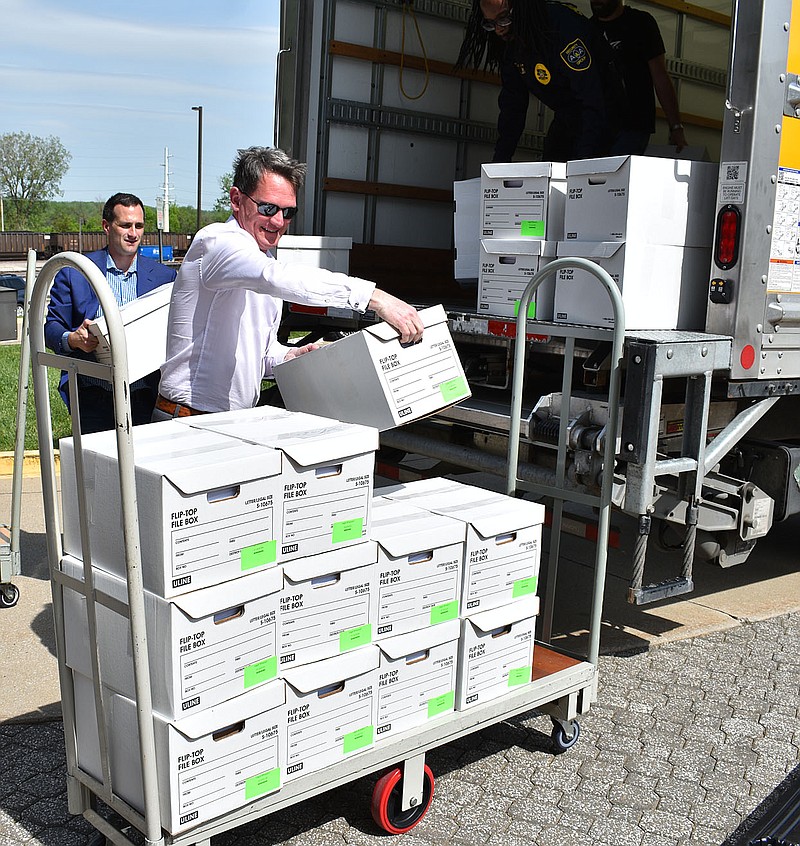 From left, John Payne and Marc Ellinger unload boxes of petitions for Legal Missouri 2022 at the Missouri Secretary of State's office Sunday, May 8, 2022. The petitions contain more than 390,000 signatures, which they believe will be more than enough to let Missourians vote to legalize recreational marijuana. Payne is the campaign manager for Legal Missouri 2022 and Ellinger is the attorney who filed the initiative petition. (Gerry Tritz/News Tribune photo)

Supporters of legal marijuana and backers of election changes brought large truckloads of petitions to the Missouri Secretary of State's office Sunday. Both said they have more than enough signatures to get their issues on the November ballot.

"This is a culmination of years of work," said John Payne, campaign manager with Legal Missouri 2022, adding the pandemic has slowed down the process. "We're excited Missourians are going to be able to vote on the legalization of the adult use of marijuana."

Sunday was the deadline to submit the petitions.

Both organizations said they will have more than enough signatures, even with some expected to be deemed invalid by the Secretary of State's office.

Payne said voters overwhelmingly legalized medical marijuana and he expects they will do the same with the issue of recreational marijuana.

The constitutional amendment would allow Missourians ages 21 and older to possess, consume, purchase and cultivate marijuana.

Also, Missouri would be the first state to expunge the records of hundreds of thousands of Missourians charged with nonviolent marijuana offenses.

A 6 percent retail sales tax would generate estimated annual revenue of at least $40.8 million and additional local government revenues of at least $13.8 million, a state auditor's analysis projects, according to Legal Missouri 2022.

The Council for Drug Free Youth is one organization that opposes the legalization of recreational marijuana, saying its use among youth and adolescents is a "major public health concern."

"Regardless of the legalization status, continual education and prevention will still be our goal for the children in our community," Holloway said in an emailed statement.

"These signatures of hundreds of thousands of Missouri voters from every county -- Republicans, Democrats, Libertarians and Independents -- show broad statewide support for the Better Elections Amendment to give voters more choices and more power to hold politicians accountable at the ballot box," campaign treasurer David Roland said in a statement.

Among other things, the amendment would let voters pick any candidate they choose in August primaries and send the top four vote-getters to the general election, regardless of party. Voters then could rank the final four candidates from first to last -- or just vote for their first choice, if they prefer. 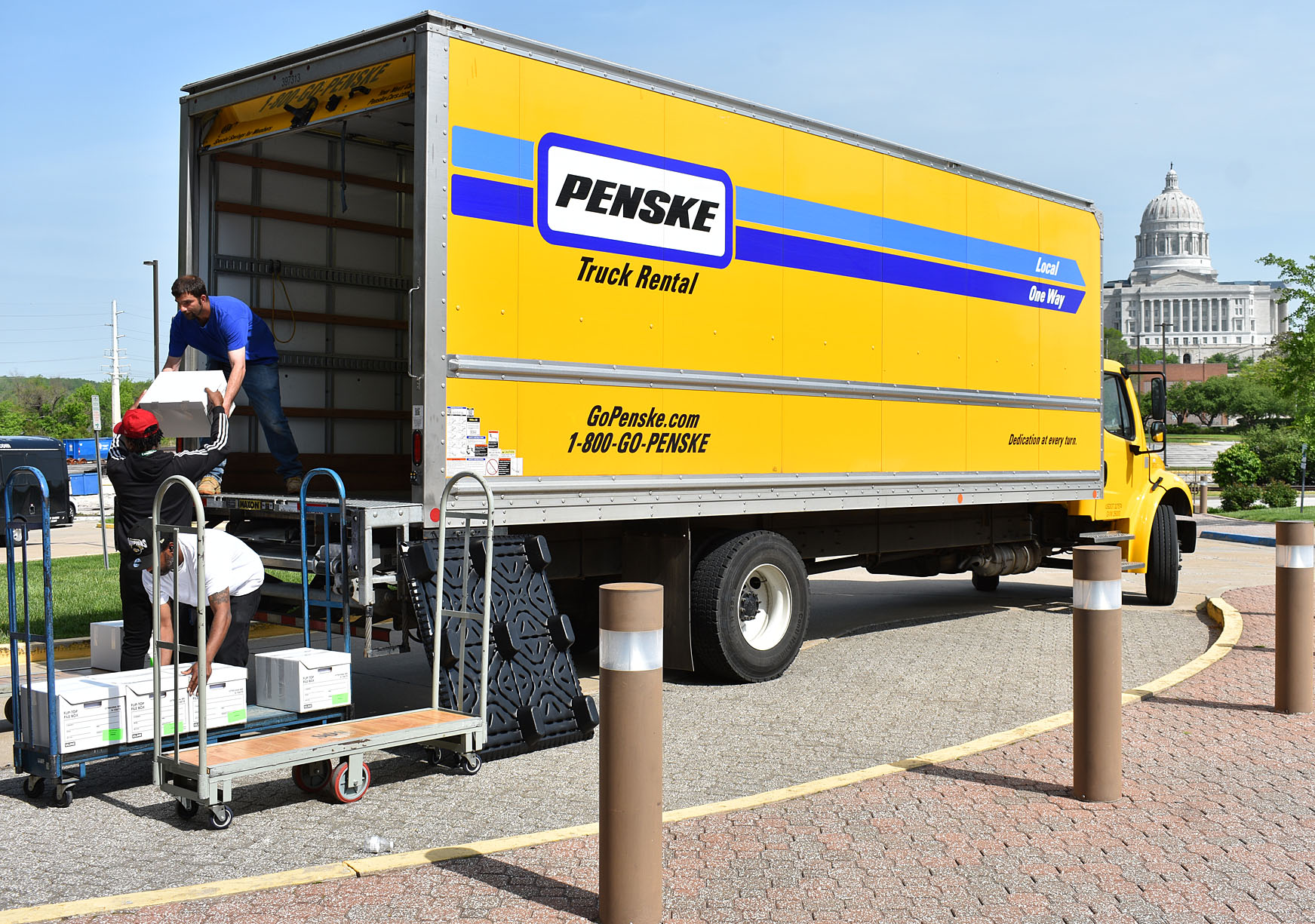