From the Stacks: Fiction novel examines a day at a women’s clinic 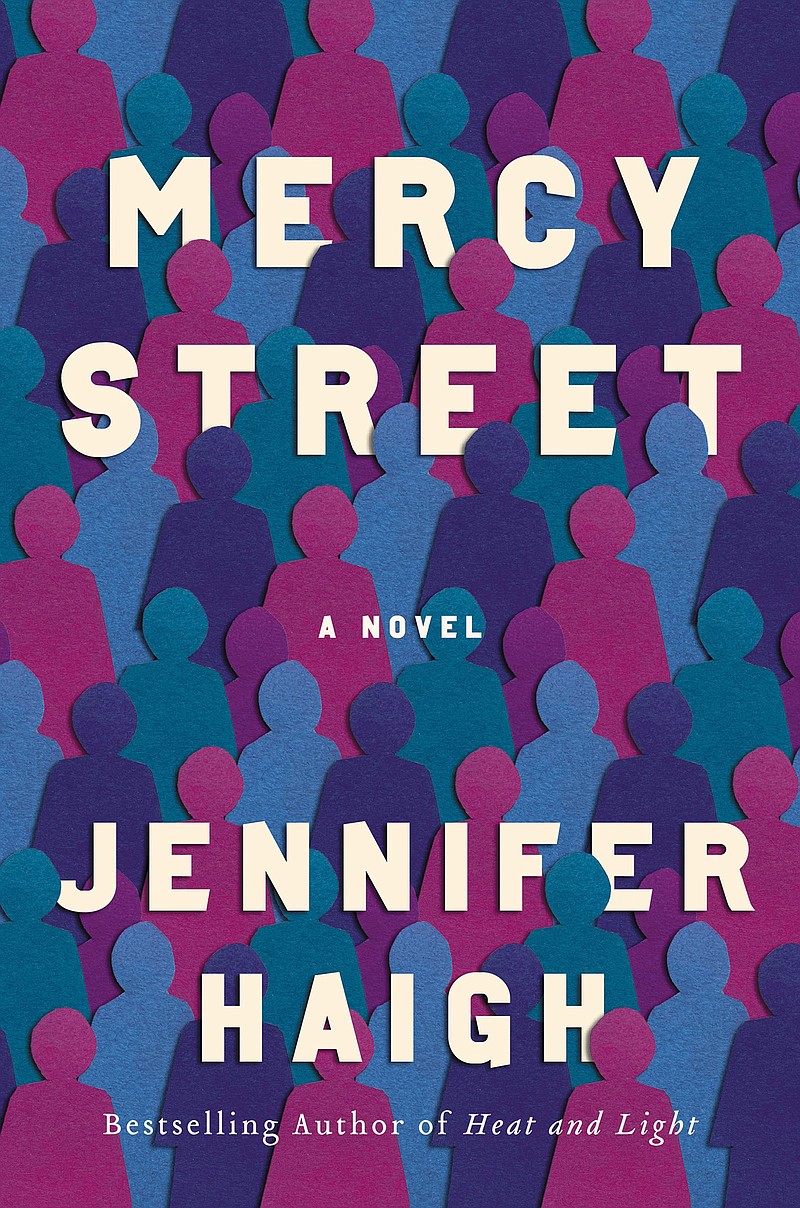 Several weeks ago, a library patron stopped at the reference desk, handed me a book and said, "You have to read this. Everyone should read it."

I didn't know the patron but was intrigued and noted the title: "Mercy Street" by Jennifer Haigh. The library has many of her books, as she's a well-respected novelist. After reading the flyleaf, I understood the patron's interest. The novel deals with abortion, a timely and polarizing issue, which engenders strong emotions from supporters and opponents alike.

"Mercy Street" is the fictional location of a clinic in downtown Boston that provides women's health services. The clinic also offers information about jobs, child care and affordable housing to its clients, many of whom are poor, abused, homeless or drug-addicted, and often ignorant about their own bodies. The novel's protagonist is Claudia Birch, a middle-aged social worker who counsels women of all ages. She grew up in rural Maine with a young single mother who worked in a care center and took in many "fosters" to augment her income -- children and teens Claudia was expected to care for in the close quarters of their single-wide trailer. She later left to acquire higher education but knows well the realities and struggles of low-income life.

"Years later, working on Mercy Street, she would meet her mother every day -- pregnant girls in extremis, half-educated, without resources. Adolescents charged with the monumental task of raising a human being and utterly unqualified for the job."

She knows too that older women often have few realistic choices when facing an unplanned or a troubling pregnancy. When a friend asks how she can work at the clinic, Claudia assures him "there's always a reason" for the decisions her clients make.

Claudia arrives at work each day, walking past the protesters who gather outside the clinic, yelling cruel insults at those entering the building -- "a daily nuisance like traffic or bad weather." She and other staff also deal with bomb threats, frightening phone calls and emails, and frequent shooter trainings. The dangers of their jobs do not compromise their commitment to the clinic's mission. The book details the happenings of a typical day, from the hotline phone calls to the types of questions callers ask, cost being the most common inquiry. Claudia sees the protesters as being determined to divorce abortion from its relation to race, education, religion, politics and, most importantly, poverty.

Three other characters, all men, play important roles in the story and are drawn with compassion and empathy by the author. Anthony is a lonely brain-damaged young man, who lives in the basement of his mother's house. His lifeline is protesting at the clinic and attending daily Mass at St. Dymphna's, an old church slated for closure. Timmy is a laid-back weed dealer who provides stress-relief via weed to both Anthony and Claudia. His hope is to open a laundromat, but securing a business loan is problematic. Vince, a former trucker, is a violent anti-government white supremacist who believes women have only one purpose in life: to have babies. He has been acquiring weapons and stockpiling them for a possible action that involves Anthony and the clinic. The men have endured years of disappointments, dreams deferred, few prospects and bad luck. Not surprisingly, their struggles have resulted in anger and confusion.

In the end, the lives of Claudia, Anthony, Timmy and Vince intersect in dramatic ways and "nothing, nothing has turned out as planned."

Print Headline: From the Stacks: Fiction novel examines a day at a women’s clinic