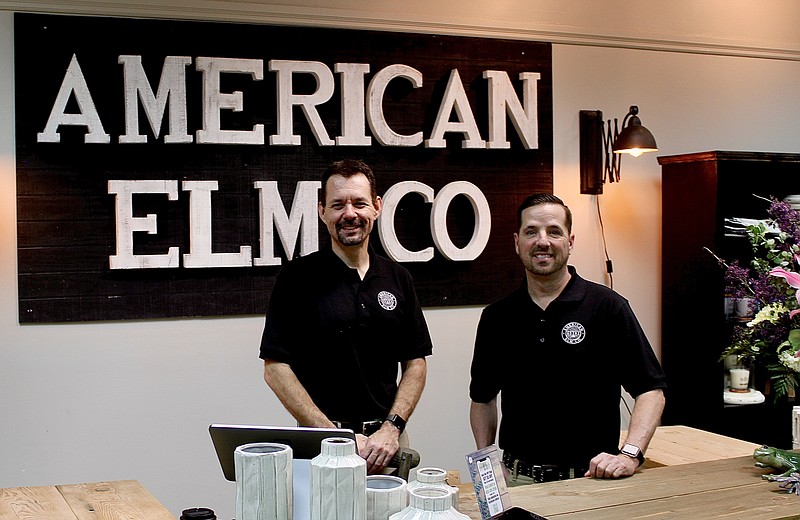 Those seeking eclectic decor in downtown Jefferson City have a new spot to visit in American Elm.

The store offers furniture pieces, lighting, home decor and gifts. The second store in a franchise that began with a seasonal location at the Lake of the Ozarks was brought to Jefferson City by owners TJ Richardson and Kevin Mauk in an effort to expand the brand into a spot in the Capital City.

“We wanted to come up to Jeff City — I just think it’s a great community,” Richardson said. “We wanted to build a city model for the business so downtown is so great. We believe in retail and rejuvenating the downtown area, and so this is where we wanted to invest. A lot of our clients down in Lake of the Ozarks area came there from Jefferson City and Columbia anyway.”

The store has a wide array of offerings, from a Missouri-made line to a selection of items made or designed in the U.S., as well as pieces from all over the world. A percentage of the store is made up of items from each continent, Richardson said.

A lot of the products are made by organizations and places where items are found and worked on by youth centers and groups dedicated to giving to their countries and communities.

“I used to do design in Kansas City and had a lake house down the Lake of the Ozarks and just got tired of going home at the end of the weekend. So I decided to move to the lake area, and I noticed that on my side of the lake there wasn’t a whole lot of design shops and things like that,” Mauk said. “So that kind of just prompted us to have the idea to open one, and it’s been great. We have a lot of amazing customers and just became our friends now.”

While the location is officially open for business, the Jefferson City Area Chamber of Commerce is set to hold a ribbon-cutting ceremony to welcome the new store at 11 a.m. May 13.