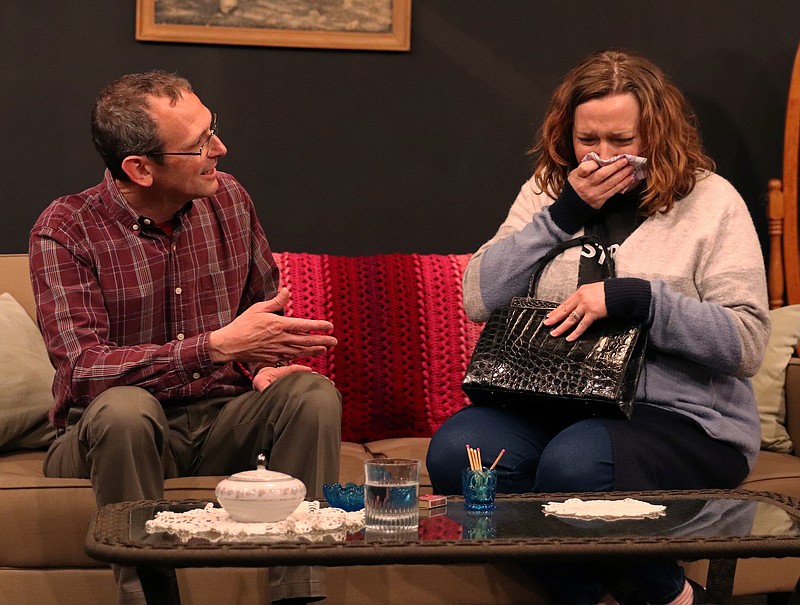 Rich Burdge, left, and Tiffany Garnett practice a scene during a rehearsal for their production of "Last of the Red Hot Lovers" on Thursday, April 28, 2022, at Scene One Theater in Jefferson City. (Kate Cassady/News Tribune photo)

After years of preparation and setbacks due to the pandemic, Scene One Theatre is finally taking the comedic play "Last of the Red Hot Lovers" to the stage.

The three-act play set in the 1960s follows Barney Cashman, who is bored with life and trying to fulfill a fantasy of being a serial adulterer. He soon realizes the difficulties that come with this type of lifestyle.

Assistant Director Tom Renner hopes viewers are able to laugh at Barney and the ridiculous situations he puts himself in.

"I want them to end up having sympathy for a character they may not initially have sympathy for when they realize what he's doing," he said. "There is a nice redemption arch overall."

Director Jack Renner, Tom's father, said the cast of "Last of the Red Hot Lovers" was selected more than two years ago, but COVID-19 delayed the show. As always, though, the show must go on, and the team is excited for viewers to finally see the play.

The cast consists of seasoned actors, including Rich Burdge as Barney Cashman. The leading ladies in the show are being played by Margaret Graham, Megan Wadley and Tiffany Garnett.

"The cast has really blossomed in the past few weeks," he said. "They're ready to be seen."

Jack is familiar with the hard work and dedication it takes to play the main character in a three-act place because he played Barney's role himself in 1972.

"I always thought, 'You know, I wouldn't mind directing this someday,'" he said.

Even through rehearsals, Jack and Tom Renner are proving to be a successful directing duo. Jack said he is lucky to be working with his son on this play.

"He's an excellent director," Jack said. "He takes good notes, and he knows how to say things sometimes better than I can."

It means a lot to Tom that he is able to assist his dad on this project, he said.

"We have a really deep relationship that has been facilitated through theater," he said. "He's my hero. Working with him like this is a dream for me."

Tom grew up acting in plays and has done some directing in the past. He has also performed on stage with his dad numerous times and has even directed his dad in a one-act play, but he said this is the first time they are working as a team.

"Doing this is special," Tom said. 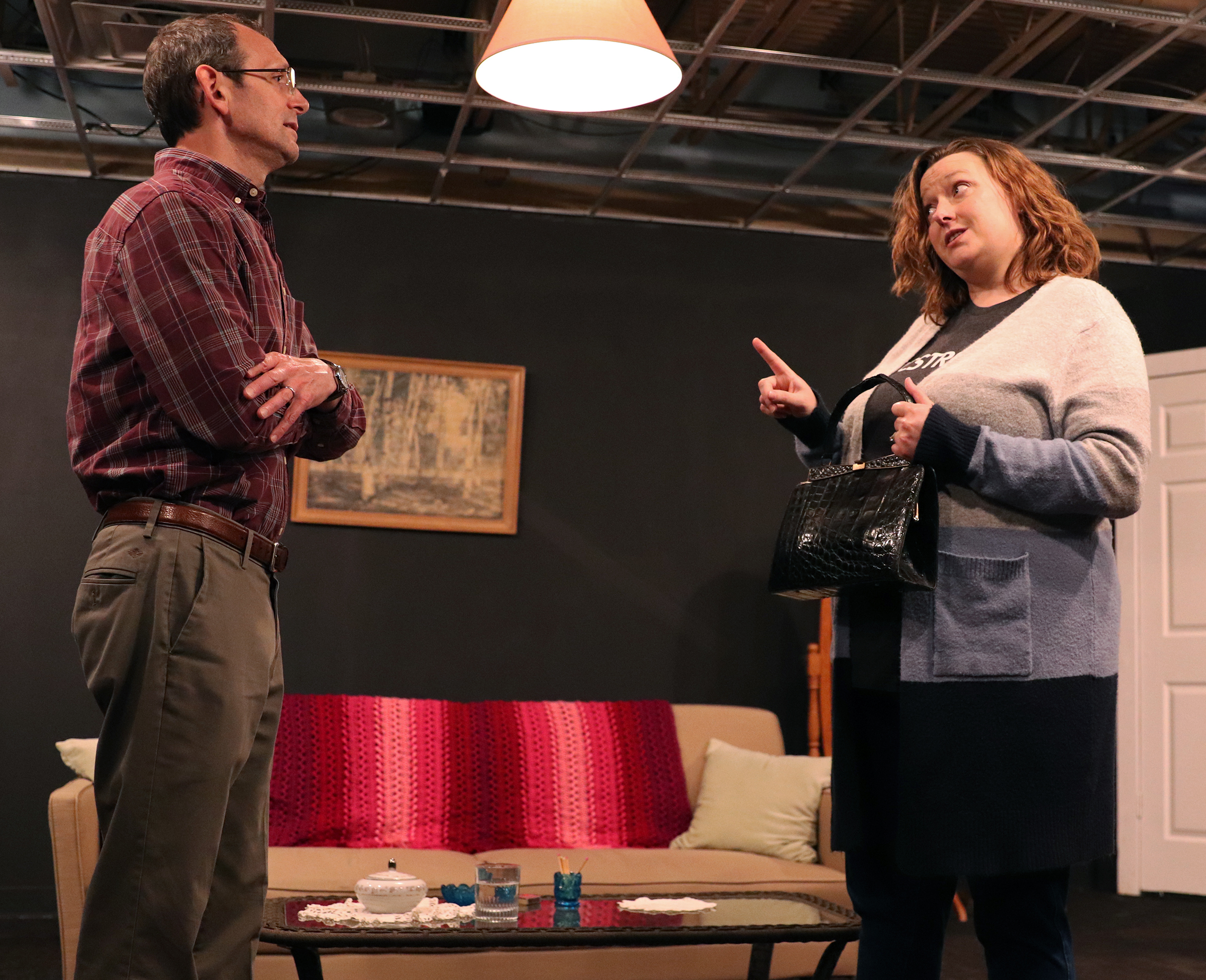 Kate Cassady/News Tribune Rich Burdge, left, and Tiffany Garnett practice a scene during a rehearsal for their production of "Last of the Red Hot Lovers" on Thursday, April 28, 2022, at Scene One Theater, in Jefferson City. 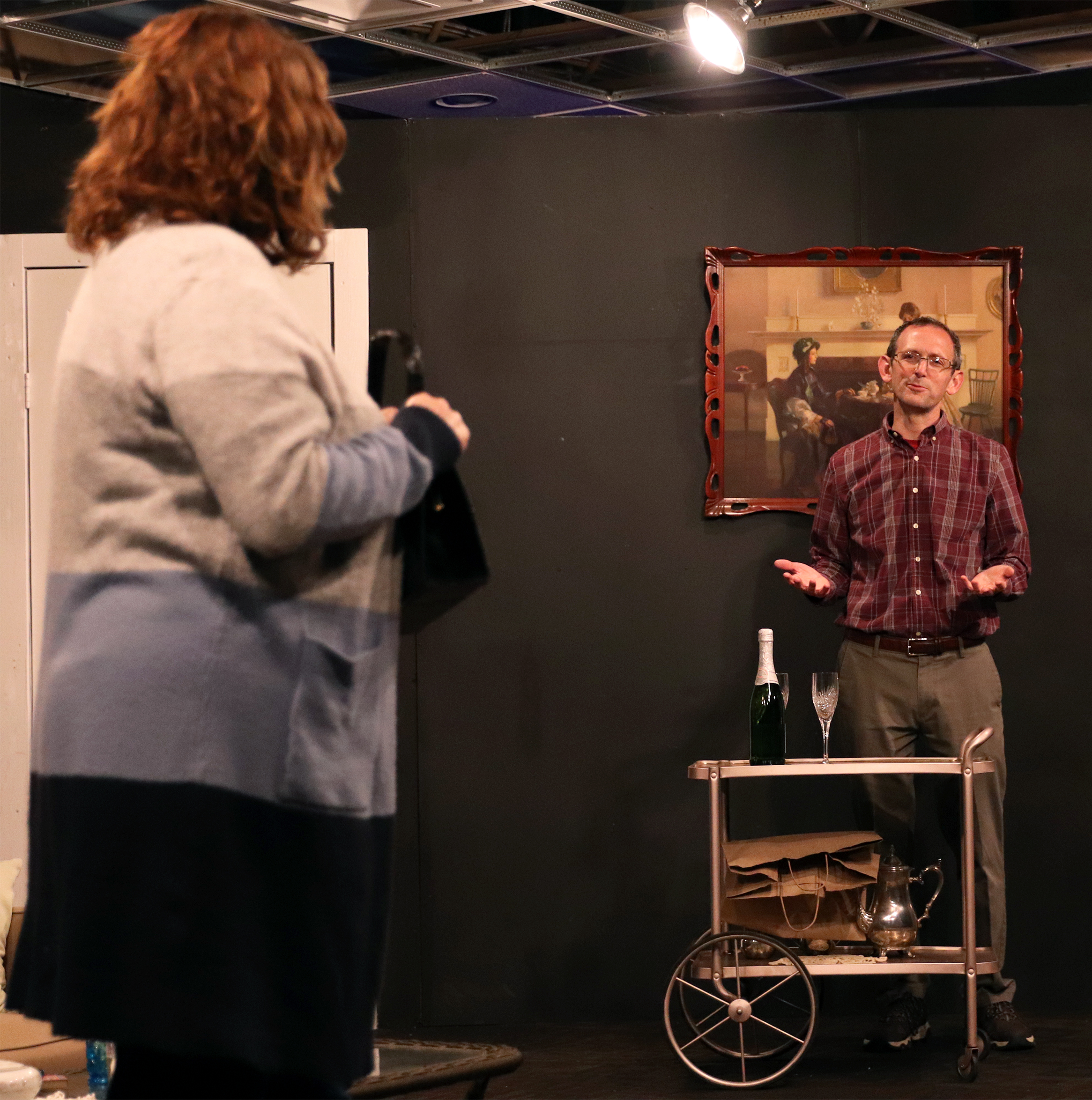 Kate Cassady/News Tribune Rich Burdge, right, and Tiffany Garnett practice a scene during a rehearsal for their production of "Last of the Red Hot Lovers" on Thursday, April 28, 2022, at Scene One Theater, in Jefferson City.