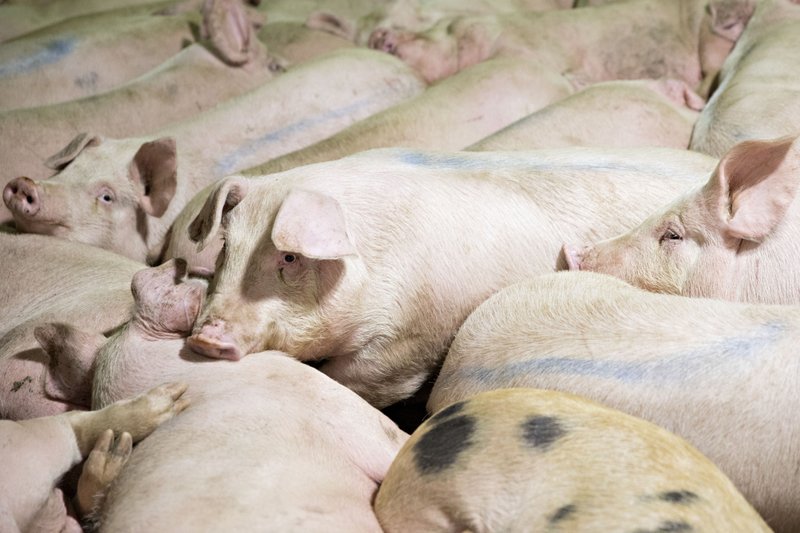 As a fight about who can regulate industrial hog and cattle operations awaits action by the Missouri Supreme Court, counties that sought more stringent protections against them wait in limbo.

The Missouri Supreme Court is expected to hear an appeal by county commissioners who sought to regulate concentrated animal feeding operations, or CAFOs, after a Cole County circuit judge decided late last year a 2019 law bars counties from straying from the state's rules.

CAFOs can be highly controversial in some rural communities. They are generally constructed to house animals in bars with slotted floors, allowing manure to fall through and be pumped into storage. Neighbors of Missouri CAFOs have complained about the stench of ammonia.

"I certainly don't like restricting business any more than necessary," said Ed Douglas, presiding commissioner in Livingston County, "but...public health is very, very important, and our citizens, which we represent, feel very strongly about that."

Two other counties sued in 2019 to overturn the law, but Cole County Circuit Judge Daniel Green ruled in December in favor of the state.

"This case does not ask the court to decide whether concentrated animal feeding operations ... are good or bad for communities or the state of Missouri," Green wrote in his judgment. "Whether wisdom or folly, they are nonetheless questions of public policy, upon which people of good faith ... may hold strong opinions."

The Supreme Court accepted the case, and attorneys' briefs are due next month. In the meantime, counties are left to determine whether to rescind their laws.

In 2018 before the state barred local rules, 20 Missouri counties had health regulations governing CAFOs. Several more had zoning restrictions. Some towns also had their own. In a handful of counties, the rules dated back to the 1990s.

But Scotland County decided this month to repeal its ordinance out of fear of litigation, said David Wiggins, the county's western district commissioner.

Wiggins said the commission didn't receive pressure to roll back the rule, but after Green's decision, he wasn't sure they could enforce it. He said he believes the Missouri Supreme Court will uphold Green's judgment.

But Livingston County, where public opposition to a proposed CAFO prompted the operator to withdraw its application last year, is waiting for the Supreme Court's word before taking its ordinance off the books.

"Our thought is let's let it play through the courts before we make any permanent change," Douglas said. "Obviously, whatever the courts rule, we'll ultimately follow the law."

The case Livingston County is waiting for challenges a state law, SB 391, passed in 2019 that prohibits counties from issuing rules for CAFOs that are any stricter than the state's. The law was updated last year to prohibit counties from deviating in any way.

Cedar and Cooper counties sued over the bill, but Green ruled not only the law prohibiting county ordinances on CAFOs was constitutional but it applies retroactively and nullifies existing CAFO laws.

The two counties' attorney, Stephen Jeffery, will argue against those points on appeal.

Beyond that, he said, there was nothing in the law that made it apply retroactively to counties that had already adopted health regulations. Even if the law is constitutional, he said, it should only apply to counties attempting to adopt regulations after it went into effect.

In Livingston County, commissioners got an email from Robert Brundage, an attorney for several livestock groups who also represented the CAFO that withdrew its application. He asked if they were planning to rescind their ordinance given the circuit court ruling.

But commissioners and their attorney agreed they wanted to wait for the outcome of the Supreme Court case. Douglas said the county hasn't had to enforce its ordinance because the CAFO that attempted to build in the county instead withdrew.

While Douglas said he didn't regard Brundage's email as an attempt to pressure the county, Jeffery questioned why the inquiry was necessary. Jeffery said if SB 391 invalidated the county health ordinances, there would be "absolutely no reason" for an attorney to try to persuade counties to get rid of them.

"Because what would be the purpose of rescinding something that was already invalidated by Senate Bill 391?" Jeffery said.

Brundage told the Independent he was simply seeking an update.

He said Livingston County was the only local government he reached out to. Asked whether there was a CAFO considering the area that prompted his inquiry, he declined to comment.

Brundage said there was "no question" counties should be rescinding their health ordinances, but he declined to say whether he would argue that to the commissioners.

"Yes ... I thought that the Cole County judge's opinion was thorough and well-reasoned," Brundage said, "and there should be no question that counties need to rescind their ordinances or make them aligned with DNR regulations."