February storms used over half of MoDOT’s winter funds 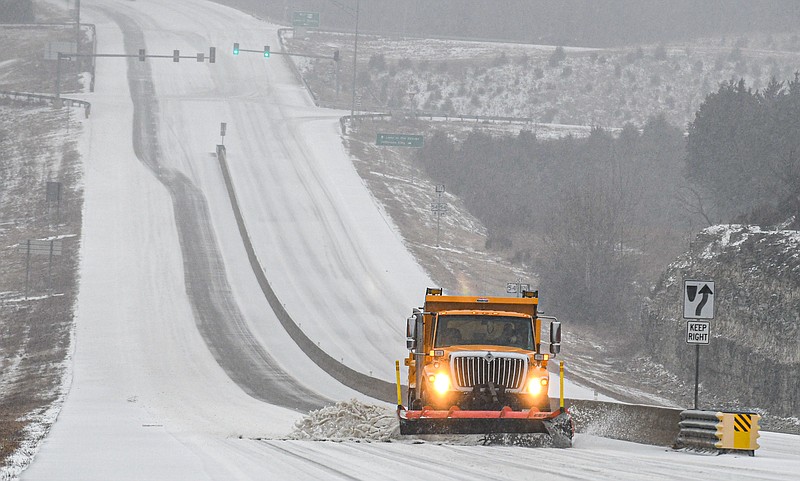 McKenna provided an update on MoDOT's response to winter weather Tuesday during the Missouri Highways and Transportation Commission meeting.

"It's the shortest month of the year, but it sure didn't seem that way for the winter weather," he said.

MoDOT crews plowed nearly 2 million miles of roadway in February and used 86,000 tons of salt and more than 780,000 gallons of salt brine.

He said that extra lead time was critical for coordination within the department, as well as with school districts and other agencies, such as the Missouri Highway Patrol, State Emergency Management Agency and the Missouri National Guard.

He added MoDOT also coordinated with the Office of Administration to modify a hazardous weather policy to allow state workers to work from home and stay off the roads during winter storms.

"The public was, I thought, very responsive and did a great job heeding the warnings," he said.

With a massive number of staff vacancies, McKenna said the department also coordinated plow drivers to work together and clear roadways in regions they wouldn't normally be assigned.

"Our team ... as soon as they were done, they offered resources and got on the road and got to other districts," McKenna said. "(They) shared the work and shared the responsibility."

Crews didn't always get to low-volume roads as quickly as they normally would, however.

"We were down considerably in resources to be able to do that, but our teams stay at it until they get everything done," he said.