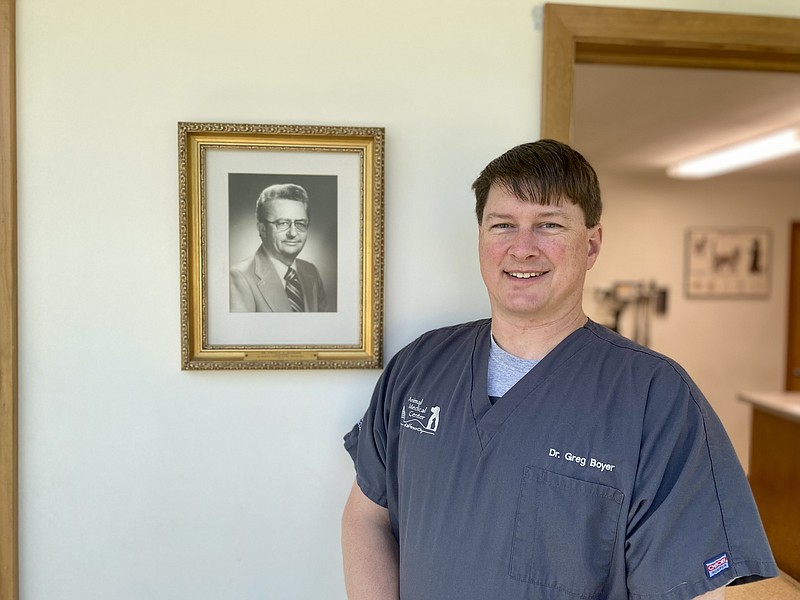 Many things have changed throughout Animal Medical Center's history -- its name, its owners and even the makeup of the road it sits on -- but its dedication to clients and their pets has not.

The hospital is celebrating 70 years in business, standing out as a longtime staple of the community. Owner Greg Boyer, who has worked there since 1998 and whose family were clients when he was a child, said he was happy to continue the business' legacy while keeping it in the present.

"It's an honor to be a part of this and to steer the ship now," Boyer said. "It is a little more special to me: The first dog I ever had as a kid, you know, ended up coming here in her later years. Oh, wow. It was probably when we moved here. It's kind of neat to now own something that was part of making you who you are.

"I learned a lot about whether I wanted to be a veterinarian in this building, and now I get to be here and continue its mission during this anniversary."

Though the building has seen some upgrades in recent years, it still has posters and relics of old surgeries performed by its former owners and staff tucked away in its operating rooms. It also features a framed picture of its founder.

Originally named Burgess Veterinary Hospital after its founder, Dr. Ernest E. Burgess, the name has changed a couple of times before landing on its current, broader handle to reflect more current trends when Boyer took over in 2009. Boyer said the business was so old and so much had changed, including how business records were kept, that the exact date the business first opened its doors isn't even known.

Boyer said he hopes to commemorate the occasion with a ribbon-cutting with the Jefferson City Area Chamber of Commerce this summer, though a date has not yet been set. He said he hoped to schedule it when his immediate predecessor, Dr. Jim Howard, and other alumni of the storied business can come and share their own memories of the hospital and its ongoing impact on the area's pets.

Know of any business happenings around Jefferson City? Let us know at biz [email protected] or 573-761-0243.