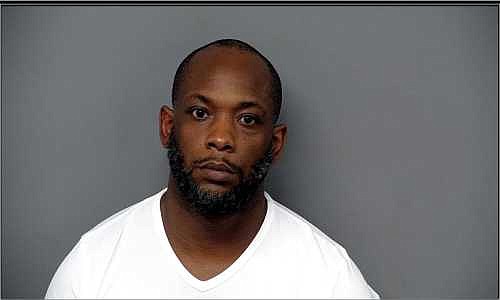 A Jefferson City man was sentenced to prison after pleading guilty to drug trafficking in May 2020.

During a hearing before Cole County Judge Cotton Walker, Brandon Betts, 39, also pleaded guilty to delivery of a controlled substance.

Betts was sentenced to 120 days of shock detention in prison. If he fails to successfully complete his sentence or if he fails to meet conditions of his probation upon his release from prison, Betts faces 10 years in prison.

Narcotics detectives saw a hand-to-hand narcotics transaction between two known drug dealers -- Betts being one of those -- on the parking lot of Gerbes Super Store on Schotthill Woods Drive, according to Jefferson City Police Department probable cause statements.

When the two left the store parking lot, authorities followed and stopped them in their respective vehicles in the 800 block of Eastland Drive.

When officers searched Betts, he was found in possession of a bag of crack cocaine and $600 in cash.