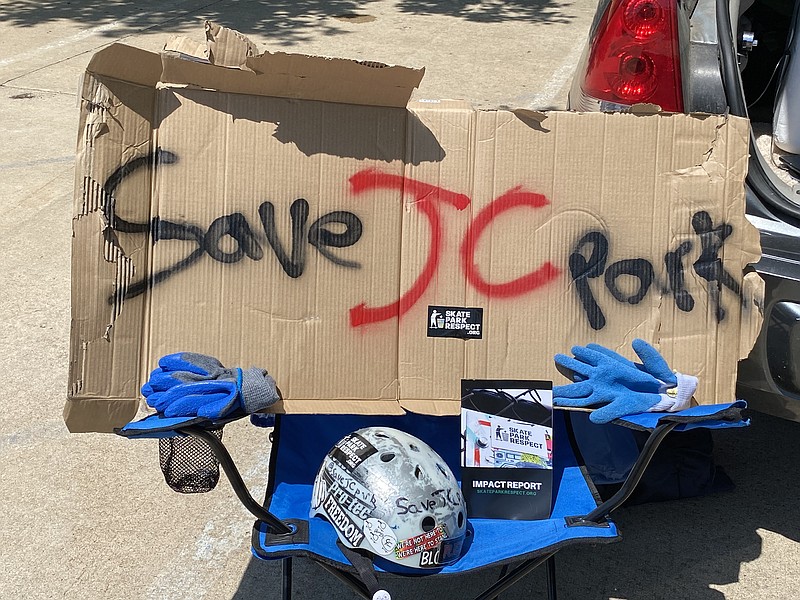 A homemade sign sits in front of the public skatepark at Washington Park in Jefferson City while people pick up trash and debris from the area. (Anakin Bush/News Tribune photo)

The Jefferson City skateboarding community and Jefferson City Parks, Recreation and Forestry Department are raising funds to renovate or relocate the skatepark located at Washington Park.

One of the organizers of the cleanup event is Gus Siebert, who has been a longtime skater in the area. Siebert started skating at the Washington Park skatepark in 2005.

Plans to renovate and update the skatepark were included in the JC Parks 2018 master plan, which provides a plan for improvements to various JC Parks projects. The document is intended to serve as a guide for roughly 10 years, according to JC Parks.

The master plan website lists Washington Park as an upcoming site for renovations. The document lists the top 10 Jefferson City parks to receive renovations, listed in order of significance as determined by a citizen survey and community workshops. Washington Park is not included in the top 10 list.

The skatepark, which was built in 2003, has been neglected over time, Siebert said. The ramps and rails around the park have deteriorated through continued use by skaters.

Siebert said the skating community in Jefferson City is a large and supportive one. Between 15-20 skaters are at the park on a good night, Siebert said. A lot of the skaters in the area tend to be younger.

The community has been growing, Siebert said. New people are often going to the park to learn or get help from other skaters.

Siebert said he hopes the event will raise awareness of the love the skating community has for the skatepark, as well as what can be done to improve it.

The fundraiser, which will be held from noon-3 p.m. Saturday at Washington Park, will feature a skating contest, a raffle and silent auction for items provided by local businesses, barbecue and a live band performance.

Proceeds raised at the fundraiser will go toward renovations for the skate park, Siebert said. 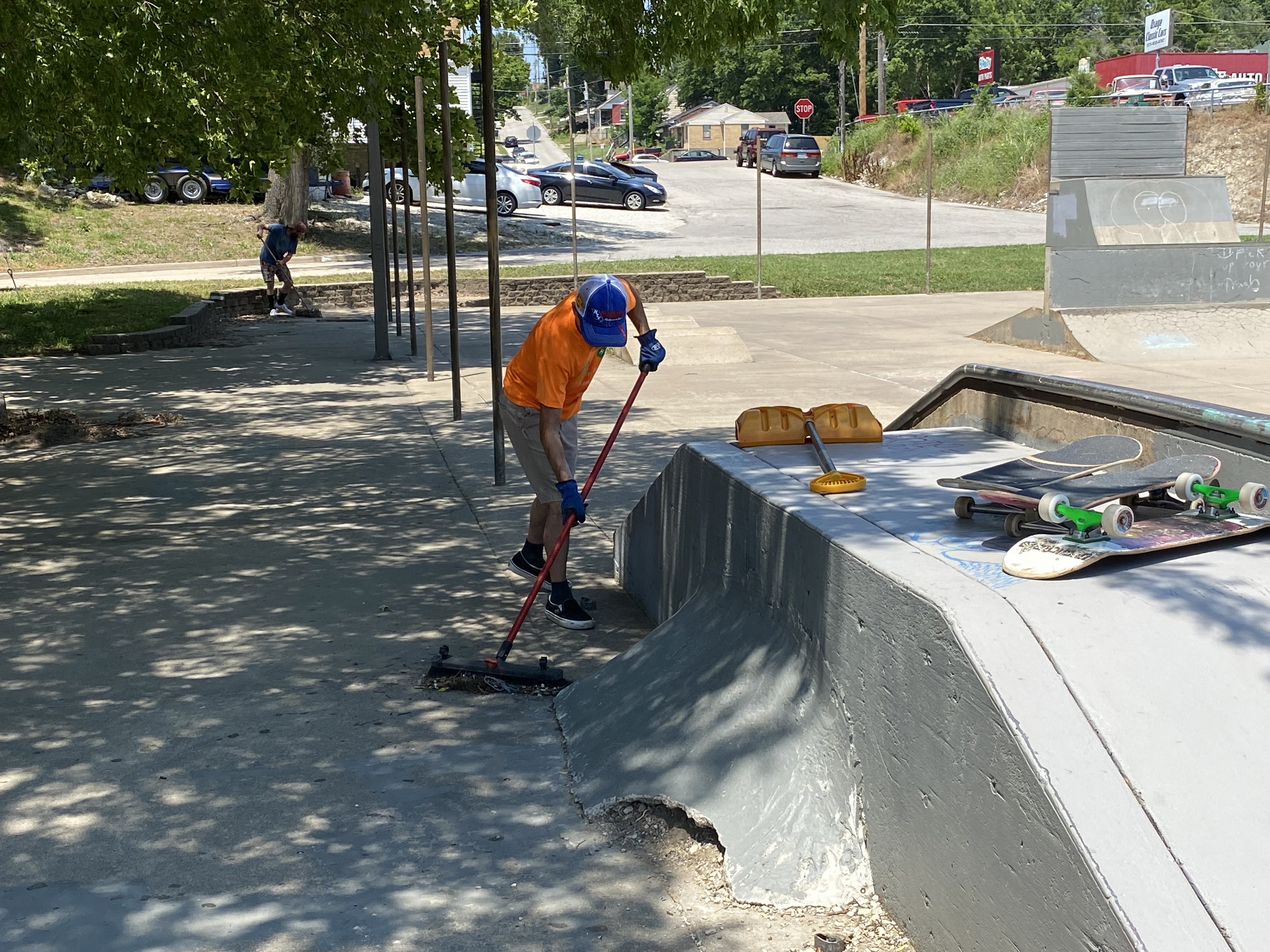 Anakin Bush/News Tribune photo: A volunteer sweeps near a ramp in the center of Jefferson City's public skatepark. A fundraiser is planned for Saturday, June 25, 2022, to raise awareness of the skatepark, as well as raise funds for renovations at the site. 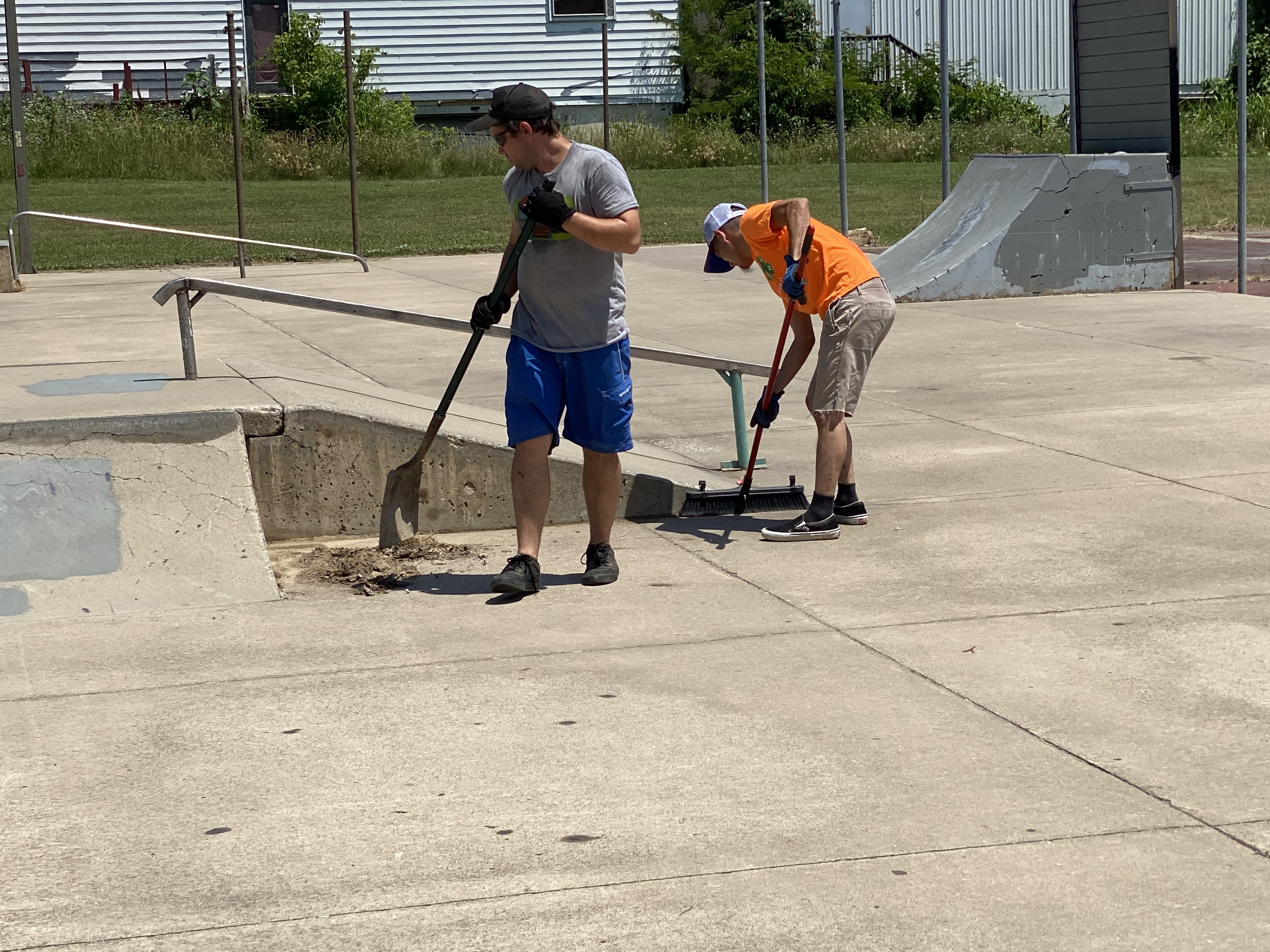 Anakin Bush/News Tribune photo: Volunteers sweep near a ramp in the center of Jefferson City's public skatepark. A fundraiser is planned for Saturday, June 25, 2022, to raise awareness of the skatepark, as well as raise funds for renovations at the site.