CCP is making a splash, presenting The Little Mermaid Jr. 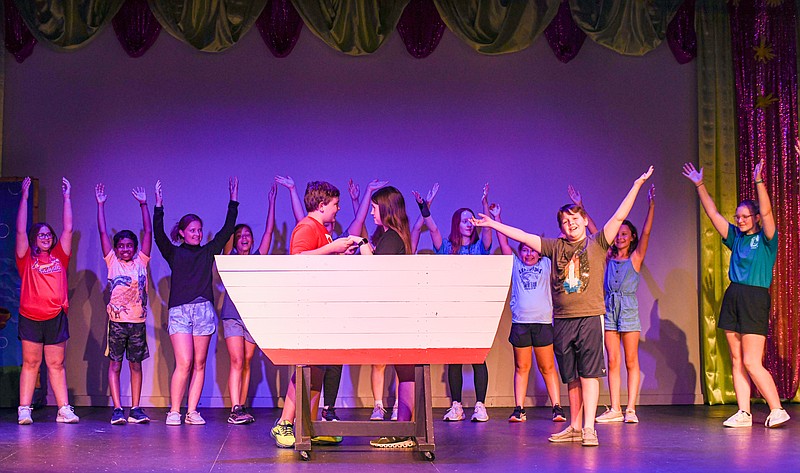 As Prince Eric, played by Taylor Miller and Ariel, played by Natalie Wilson, take their place in the boat, the rest of the cast dance and sing around them as they rehearse for the upcoming production of The Little Mermaid at Capital City Productions. (Julie Smith/News Tribune photo)

Capital City Productions is diving under the sea next weekend.

Disney's The Little Mermaid Jr. performances will be at 7 p.m. June 30 and July 1 at 719 Wicker Lane in Jefferson City.

The classic Disney tale takes place in a magical kingdom under the sea and follows Ariel the mermaid as she falls in love with a human. Rebelling against her father, King Triton, she makes a deal with the sea witch to trade her voice for legs and become human.

"But it follows the same storyline," director Sarah Sicht said.

The cast consists of 38 children, ages 8-18, and many adults have been involved in putting the play together, teaching children how to use microphones, choreography, lights and more.

The performance is a part of Theo's Thespians -- the children's theatre partnered with CCP -- and The Little Mermaid Jr. signals the launching of the first Theo's Thespians kids summer camp.

"We've been trying to do it for a couple of years, but with COVID, we just weren't able to make it happen," Sicht said.

Children have spent every weekday from 8:30 a.m.-3:30 p.m. at the camp playing theater games, taking classes to help gain knowledge about how a play is put together and rehearsing for the show. About 2½ hours each day is dedicated to running through scenes, practicing blocking and fine-tuning.

Every camper was able to audition for each part they were interested in, and the director, musical director and choreographer cast the show.

"Then it was about learning lines, and learning music and the choreography," Sicht said.

There is also a makeup team that has been working with campers in groups to make their own makeup and learn how to use prosthetics. Using petroleum jelly, clay, thermal beads and other materials, they have been making their own eye shadow, lip gloss, fake teeth and more.

"They're using all kinds of really cool stuff like what they really use in professional shows," Sicht said.

Tickets for the show are $6 and can be purchased through ccpjc.org under the education tab. 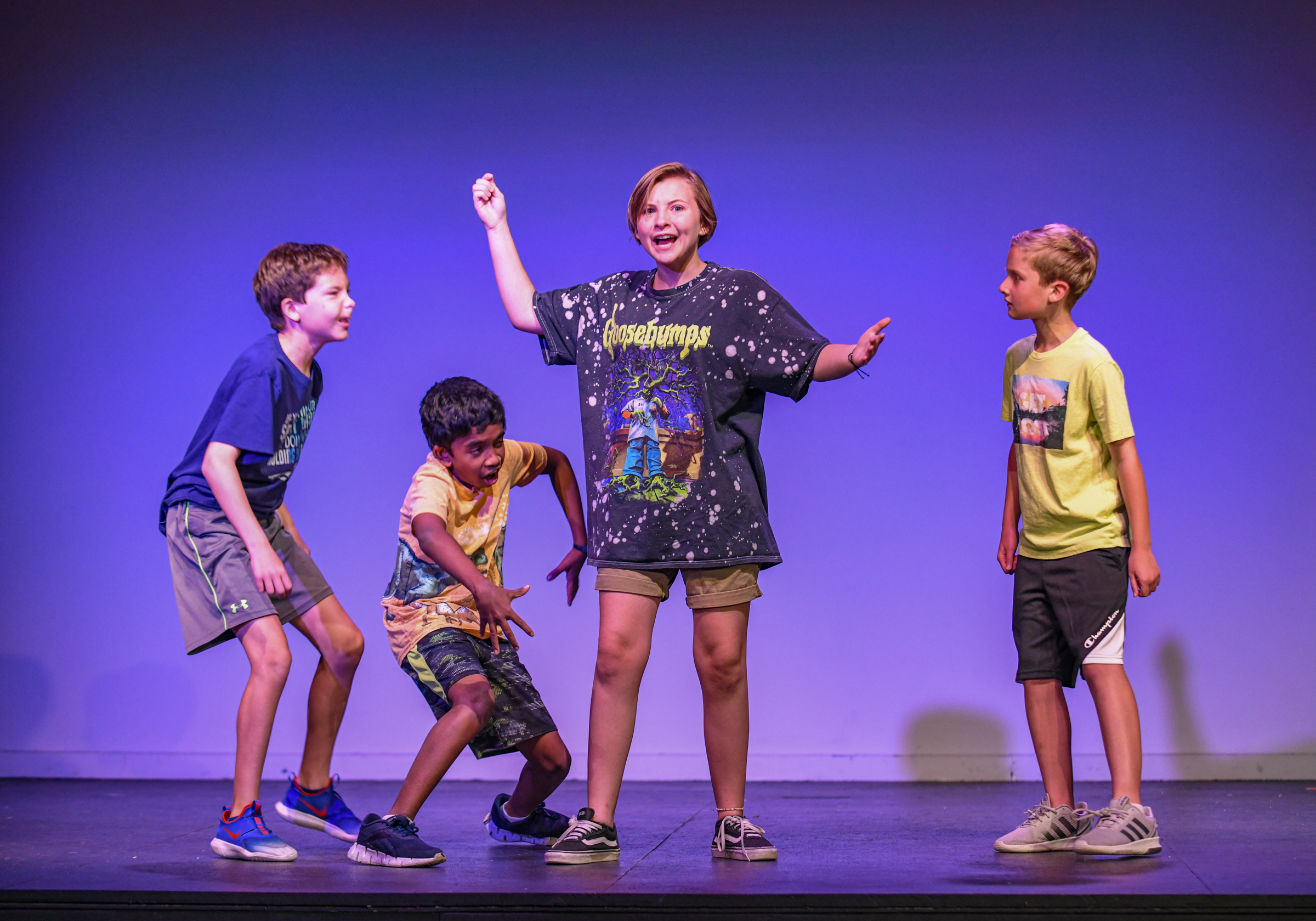 Julie Smith/News Tribune photo: Morgan McElwain, left, Aran Sinnaduray and Oliver Bax, right, join Journey Markway in a song and dance number Tuesday during rehearsal. Area youngsters interested in theater are have an opportunity to jump in feet first this summer as Capital City Productions presents The Little Mermaid. Students are in their third week of camp and will perform for the public next weekend. 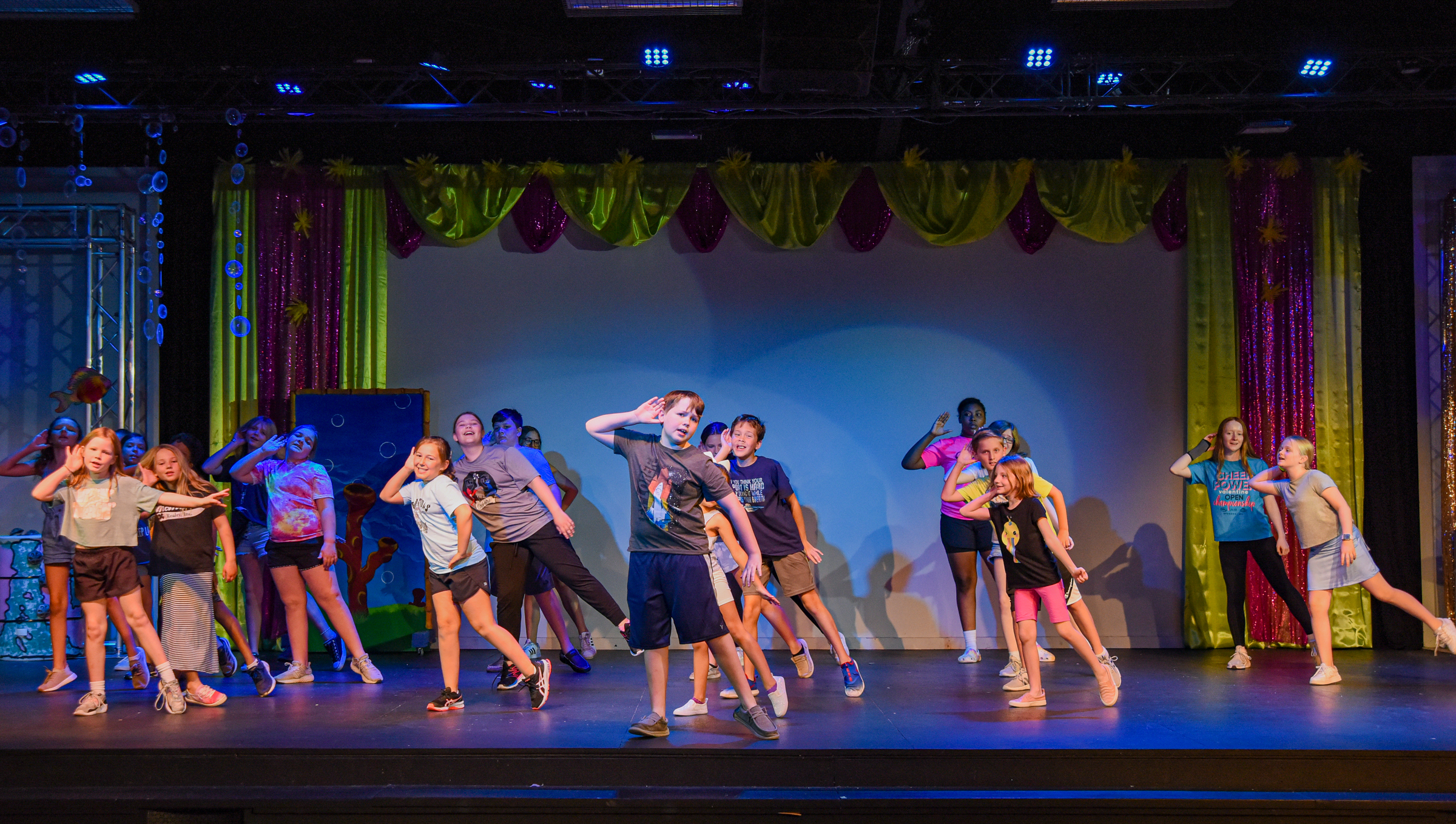 Julie Smith/News Tribune photo: Area youngsters interested in theater are having their opportunity to jump in feet first this summer as Capital City Productions presents The Little Mermaid. Students are in their third week of camp and will perform for the public next weekend.