Staked to 6-0 lead, Renegades down Bombers 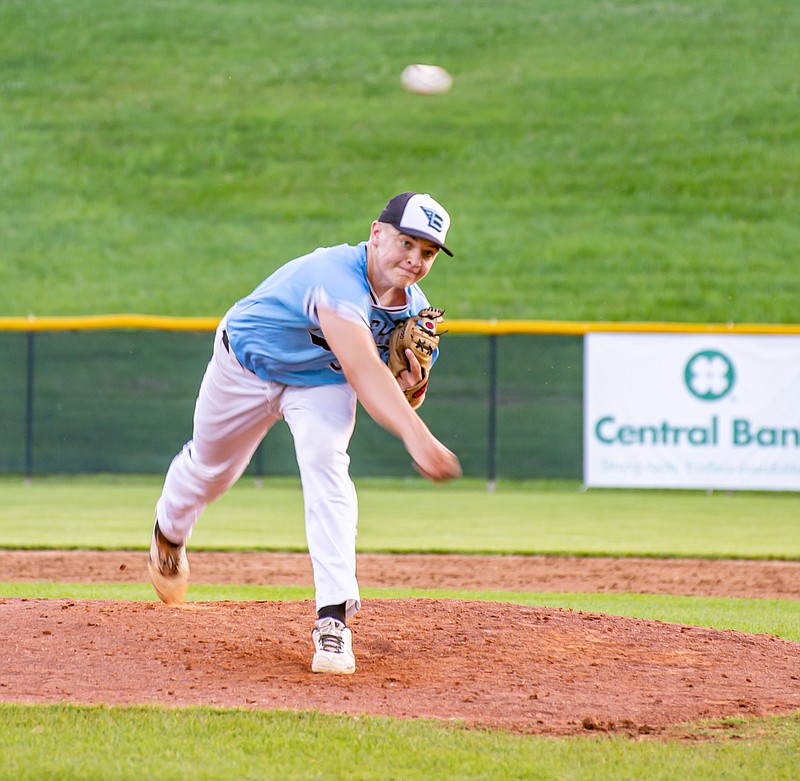 St. Elizabeth native Brock Lucas throws a pitch to the plate for the Sedalia Bombers Wednesday, June 8, 2022, during their game against the Jefferson City Renegades at Vivion Field. (Ken Barnes/News Tribune photo)

SEDALIA, Mo. -- For the second straight night, the Jefferson City Renegades jumped out to an early lead and rode it for a win Tuesday night in a 7-2 decision against the Sedalia Bombers in MINK League play at Liberty Park.

Three runs scored in each of the first and second innings helped the Renegades jump out to a 6-0 lead.

Adonis Forte started the game with a double to left field and scored two batters later on an error hit by Ross Lovich. Jackson Lovich kept the rally going with a double before Jack Matousek hit a double of his own to bring home both Jackson and Ross Lovich.

Forte started the rally with two outs in the top of the second with a single to right field. Ty Wilmsmeyer followed by drawing a walk before both runners scored on a three-run home run from Ross Lovich.

The Bombers chipped into their deficit with two runs on two hits in the bottom of the fourth, but Jefferson City would respond with a run in the sixth.

Nolan Drill led off the inning with a single and was moved to third base after an error and a wild pitch. Forte kept his productive night going with his third hit by singling to right field to drive Drill home.

Braden Maltbie got the win on the mound for the Renegades after pitching 5⅓ innings while giving up a pair of runs on five hits and two walks while striking out three.

St. Elizabeth graduate Brock Lucas picked up the loss on the mound for Sedalia (9-9), finishing with a line of six runs allowed (five earned) on six hits and three walks while striking out three in four innings.

Forte finished 4-for-4 with a double, two runs scored and an RBI to lead the Renegades (6-7).

Jefferson City will look to extend its win streak when it hosts the Chillicothe Mudcats (5-10) at 7 p.m. today at Vivion Field.