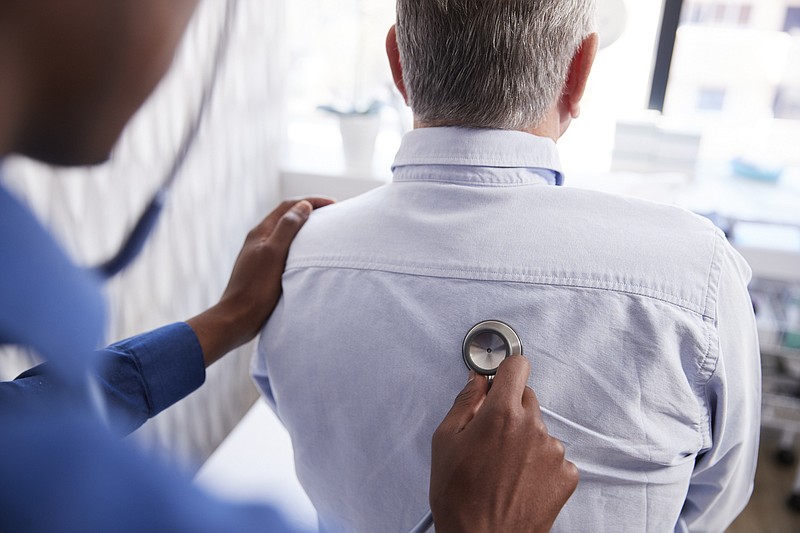 When thinking about men's health, many people tend to think about heart disease or ailments that that affect men as they age, such as an enlarged prostate or prostate cancer.

But men can suffer from various health issues at any age. June is Men's Health Month and the focus is to encourage men to be proactive about healthy lifestyle choices and seek medical attention early.

"When you look at men and their relationship with physicians, men don't go to the doctor enough. They wait until something is wrong," said Dr. David Thiel, a Mayo Clinic urologist.

The problem with waiting is that a man might be missing the early signs of another health issue. For example, erectile dysfunction is a common ailment that brings men to see their doctor. But Dr. Thiel notes that it may be the first indicator of a more serious health condition.

"Women do a much better job of annual care for surveillance with things such as cervical cancer, breast cancer and so on. We want men to know it's important for them to do the same. It's important to seek care not only when something is wrong, but also for preventive care."

While concerns about cancer bring many men to the doctor, "heart attack, stroke,diabetes, and hypertension are much more prevalent in the population than prostate cancer," Dr. Thiel said.

"Men should have a PSA, or prostate-specific antigen, check if not every year, every two to three years, to establish a baseline for evaluation of possibly clinically significant prostate cancer in the future. But, really, starting at age 40, men should have an annual physical, and have their blood pressure,cholesterol and blood sugar checked."

Based on age, family history and any symptoms, additional blood work to check hormone levels and a colonoscopy may be recommended. Due to rising rates of colon cancer, in 2021, the U.S. Preventive Services Task Force changed its recommendations to initiate colorectal cancer screening beginning at age 45 for both men and women.

Dr. Thiel also suggested an annual flu vaccine and making sure other immunizations are up to date.

"It's important for men to look at the overall big picture of their health to ensure a longer, better quality of life," he said.