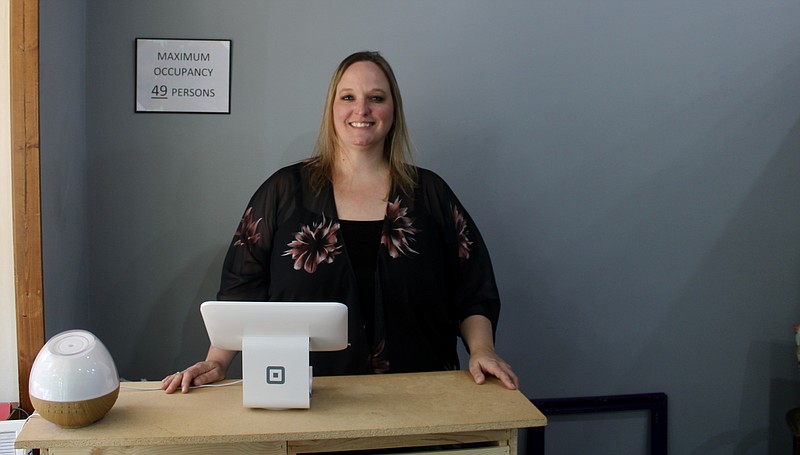 And during the past decade or so, she's gotten to know the ins and outs of the Jefferson City business community and the bustling little city as a whole.

Fielding questions about things to do around town while working as a server at Madison's Cafe around a decade ago, she set out to discover more about the community through the Jefferson City Area Young Professionals (YP) -- and was soon hooked by all the opportunities the group and the community at large had to offer.

"I used to get questions all the time from people asking what there was to do with Jeff City, that sort of thing," she said. "It definitely made me more curious about the community and what it actually had to offer. So about 10 years ago, I decided that I was going to go ahead and get involved in Young Professionals.

"While I joined because I wanted to figure out what's going on here, it wasn't really because I was super eager to become active as an organization leader or anything like that. But it definitely opened my eyes."

Thorsten joined the YP Board during her second year with the organization, a tenure she is wrapping up after nearly a decade. She has served in several positions through the years, including as its secretary, service committee chair and the chair of the group for 2021.

Her time with the group opened her eyes to the amount of fun to be had in the Capital City, be it in the many restaurants and bars downtown, local music or at unique small businesses like her own. She said she's also seen the leaders that take pride in the community and work fervently to improve and promote it.

"There are so many people that are extremely passionate about this community," she said. "We've got really good cheerleaders for our community and so that's been really nice to see. I was amazed when I sat down and started looking at the opportunity of opening a business, like how connected I was in the sense of like how many connections I had, in order to bounce ideas off of somebody."

Thorsten, a digital banking project manager for Central Bank, branched out into her own business late last year. Inspired by a visit to a similar venue in St. Louis, Thorsten and her husband opened The Backdrop, their own selfie studio at 207 E. High St., making her own mark on the downtown area with a unique business. The Backdrop allows customers to take selfies against several unique backgrounds and offers a unique experience for those looking to elevate their portrait game or just have a fun experience with family and friends.

As she embarked on her first business venture, she had plenty of support from friends and mentors in the business community, she said.

"It really all came full circle when I opened the business just because I realized how much I knew about our community and the people in it," she said.

Her current role as immediate past chair makes her a kind of liaison for YP on the chamber's board, an experience she said gives her insight into the way the chamber runs its events and promotes itself. As she prepares to transition away from YP and looks more at chamber initiatives, she is considering some of its largest pillars, including small-business support, administration and support for minority-owned businesses.

As a mother, she said she has also gained an appreciation for the local library and become an advocate for it and the programs and activities it offers in the community. She has also been active with the United Way of Central Missouri.

As she begins a new journey as a business owner and considers what projects she would like to be involved with going forward, she said the biggest element of the business community and Jefferson City as a whole to her was the level of connectivity one can find anywhere in town.

"I can walk into Coffee Zone, and it's guaranteed that I'll see someone I know or want to make a connection with, and that's because I've been involved in so many things," she said. "I notice so many connections, through chamber and YP events and around town. I never thought I was that big on connections, but I've realized that's the biggest part of this experience and time in the business world for me."