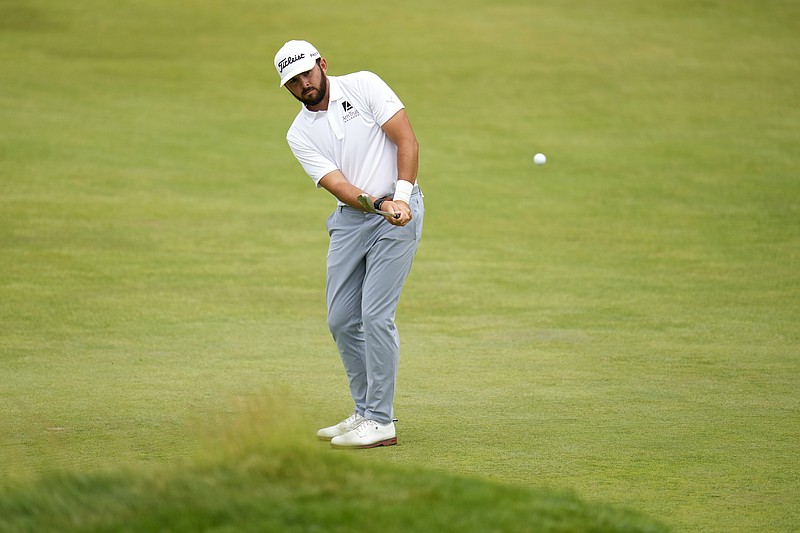 Hayden Buckley hits on the seventh hole during the second round of the U.S. Open golf tournament at The Country Club, Friday, June 17, 2022, in Brookline, Mass. (AP Photo/Julio Cortez)

BROOKLINE, Mass. (AP) -- Calculus and chemistry were too hard. Nobody took him seriously as a baseball player, either.

"I had dreams," Hayden Buckley said, "but those were crushed pretty early."

These days, the dream is golf. And it's not so far-fetched to think this 26-year-old, whose Plan A was baseball and Plan B was health administration, could win the U.S. Open.

Buckley shot his second straight 68 on Friday to enter the weekend at 4-under 136, tied for third. He was one of five who made it to The Country Club through qualifying who now find themselves among the top 11 on the leaderboard.

It's no stretch to say this is a shot in the dark for a guy who came in ranked 259th and has missed six of the last seven cuts on the PGA Tour. But it wouldn't be the first time he's beaten long odds.

Buckley's career took off in February 2021 when he showed up to the driving range for a Korn Ferry Tour event in Florida while it was still dark and before he had a spot secured in the tournament.

"Luckily, I only live an hour south," he said.

Thanks to a late withdrawal, Buckley made the field. Then, he went onto win the whole thing in a playoff.

That led to his PGA Tour card for this season, and a healthy dose of confidence, to boot.

"I know from experience what one week can do," Buckley said. "I think you see it every week. You see it from guys that qualified this week and made cuts. Everybody is improving their professional status, and I think about that tournament a lot."

To say Buckley took the straightest path to professional golf, though? Not true.

His dad played baseball at Mississippi and Buckley was hoping to follow in his footsteps. But the recruiters did not call and "the two local colleges just kind of told me that I wasn't going to play on their team," he said.

Turning to a "real" career, Buckley pointed toward a health science major and possibly a job in health administration. Calculus and chemistry got in the way.

"I barely passed that semester and knew it wasn't for me," Buckley said.

In a golf.com interview earlier this year, he described himself as "so bad at golf at golf in high school" that it didn't seem like a fit. He couldn't break 80. But he kept working at it.

The coach at Missouri brought him on as what's called a "2 percent" scholarship, essentially a walk-on. He was the 15th player on a 15-person roster for the Tigers at the start. He embraced the underdog role. Four years later, Buckley was a third-team All-American and the male athlete of the year at Missouri.

Four years after that, he finds himself with a late starting time on the weekend at the U.S. Open.

"I think once you realize that this is what you want," Buckley said, "you just have to go after it." 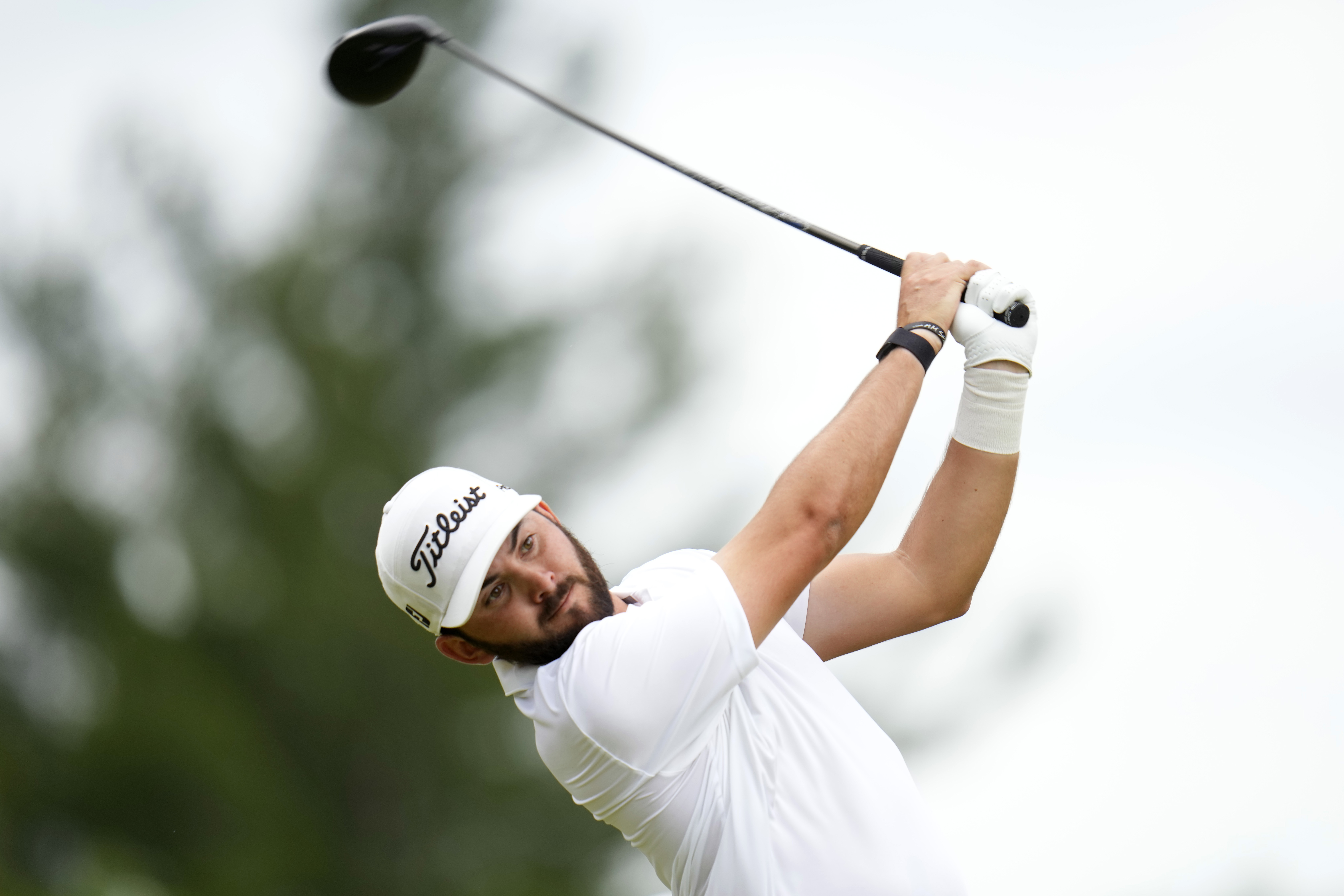 Hayden Buckley hits on the eighth hole during the second round of the U.S. Open golf tournament at The Country Club, Friday, June 17, 2022, in Brookline, Mass. (AP Photo/Julio Cortez) 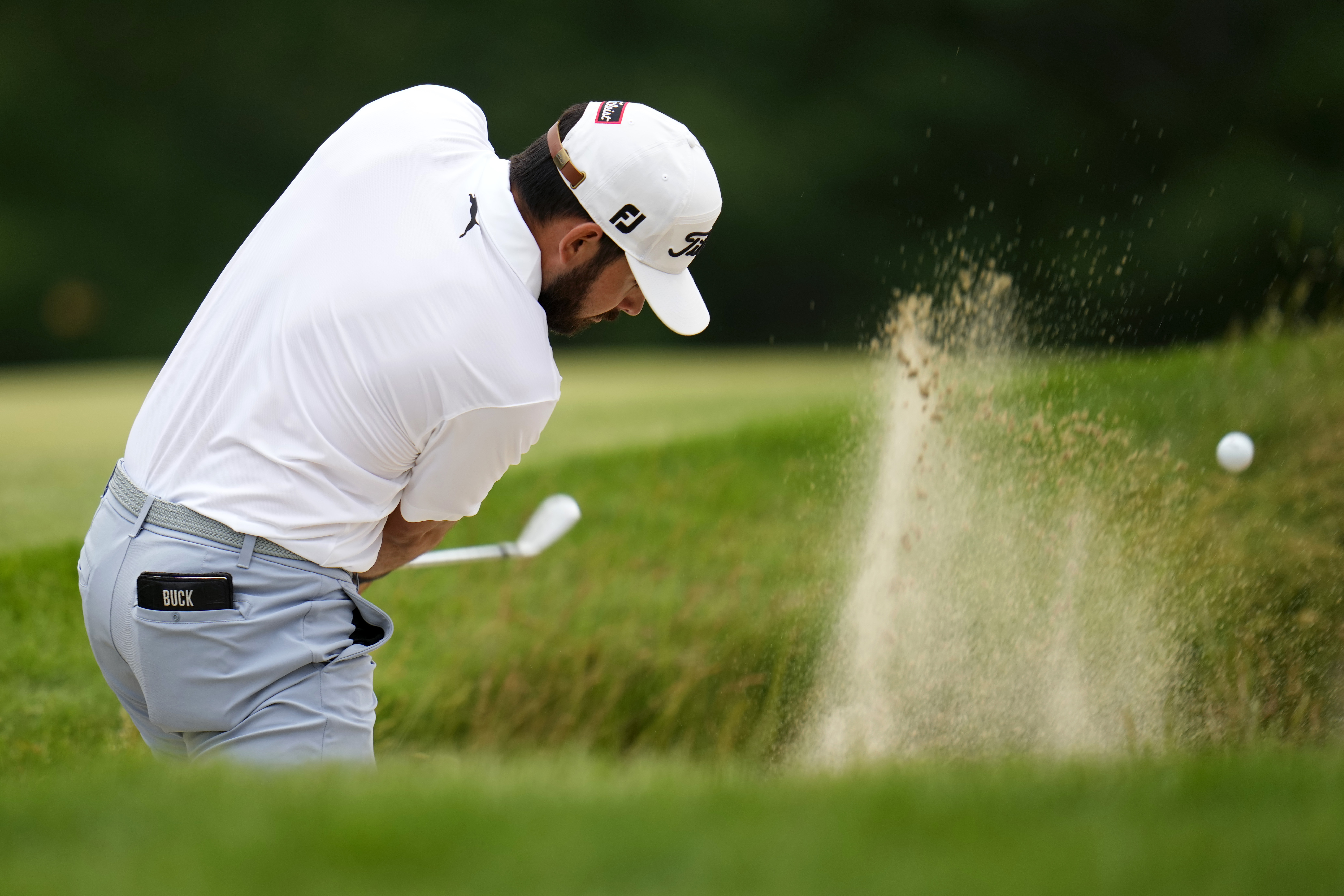 Hayden Buckley hits on the seventh hole during the second round of the U.S. Open golf tournament at The Country Club, Friday, June 17, 2022, in Brookline, Mass. (AP Photo/Julio Cortez)