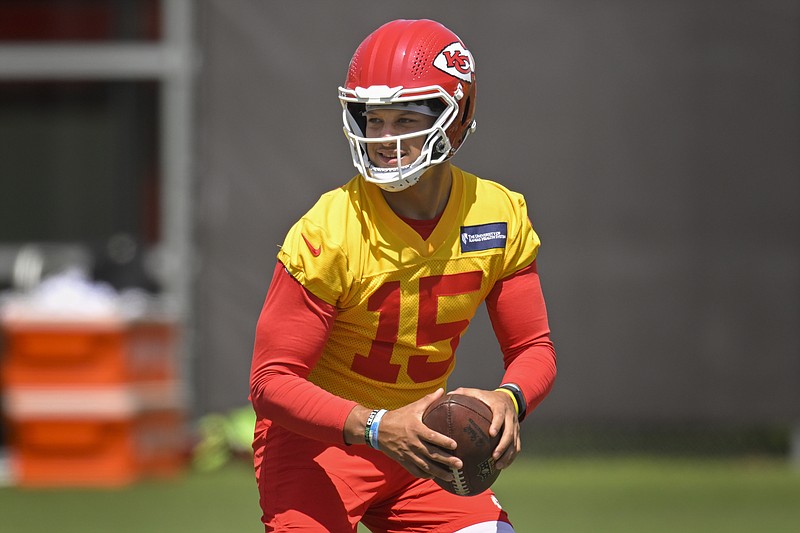 KANSAS CITY (AP) -- The Kansas City Chiefs long ago moved on from wide receiver Tyreek Hill, whom they shipped to the Miami Dolphins in the offseason for a package of draft picks that have helped them get younger and deeper across the board.

Hill hasn't quite done the same in Miami.

In his debut podcast last week, Hill claimed that Dolphins quarterback Tua Tagovailoa was more accurate than Kansas City counterpart Patrick Mahomes, a Pro Bowl pick each of his four years as a starter and 2018 league MVP.

Hill also claimed that he didn't get the ball enough and wasn't used properly in Kansas City -- a veiled shot at coach Andy Reid -- even though he saw a career-high 159 targets and caught 111 passes for 1,239 yards and nine touchdowns last season.

So as the Chiefs wrapped up their mandatory three-day minicamp Thursday, and tried to look forward to the start of training camp in just more than a month, they were dragged back into discussing their former teammate.

"I'm surprised a little," Mahomes said of the content in the podcast, which also featured Hill's agent, Drew Rosenhaus, and his cohost and lawyer, Julius Collins. "I still love him. Saw him at Formula 1 in Miami. I'm sure it all had something to do with getting his podcast some stuff and getting it rolling."

As for wanting the ball more in Kansas City's dynamic offense? Mahomes never heard a peep about it during the season.

"Definitely new in the sense of how it was on the podcast," he said. "When you're the competitor that he is, and the thing I liked about Tyreek -- you want to win. I know he wanted the ball as much as possible to help us win."

Mahomes largely dismissed the rest of the podcast, including the part about his accuracy, pointing out Kansas City has played for four consecutive AFC championships, reached two Super Bowls and won one of them with him under center.

"It doesn't get to me at all. As long as we're winning football games and putting up points, I'm doing things the right way," he said. "As long as we're scoring touchdowns and winning Super Bowls, I'm OK with it."

Reid took the high road when asked about the podcast, saying only: "I love Tyreek. He's a good kid."

Reid simply prefers to focus on the future. They are again among the betting favorites to reach the Super Bowl, and a big part of that success will be based on the success of their revamped wide receiver group.

Already in minicamp, Mahomes has established a strong rapport with Marquez Valdes-Scantling and JuJu Smith-Schuster, who bring experience and more versatility to the group. Mahomes is also high on second-round pick Skyy Moore, who has been slowed a bit by a hamstring injury during the offseason program but should be full-go by training camp.

"They have a nice connection with Pat up to this point," Reid said. "I'm curious to see what it's like with the live ball and all that, but I wouldn't expect it much different than what I'm seeing. And everyone else working in there, too."

In other news, Reid and Mahomes both expressed confidence that Pro Bowl left tackle Orlando Brown Jr. would reach an agreement on a long-term deal before the July 15 deadline. Brown did not take part in voluntary workouts or the mandatory minicamp, which he could miss because he has not signed his franchise tender.

"I was with him yesterday. I hang out with him a lot," Mahomes said. "He loves football. He loves the Chiefs. He loves the organization. Now it's just the business side of it."

Mahomes and his wife, Brittany, also recently revealed they are expecting another child, and he awkwardly let slip Thursday he's hoping for a boy this time. The couple already has a 1-year-old daughter, Sterling.

"Hopefully we get a boy," Mahomes said with a grin, "but I'll love him or her either way. It'll be awesome. Sterling is such an athlete already. She's so calm. So I know, boy or girl, it's going to be the wildest child ever." 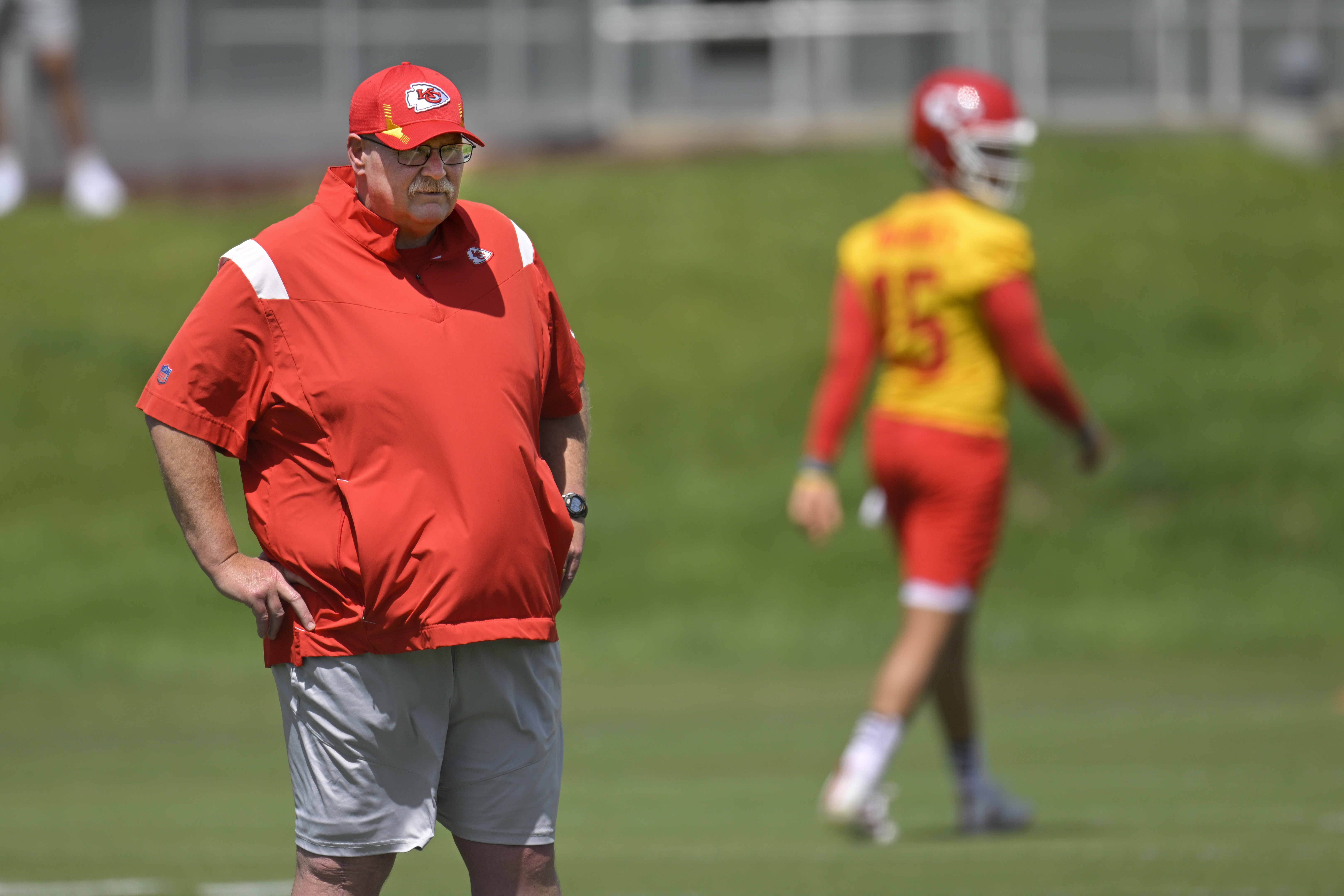 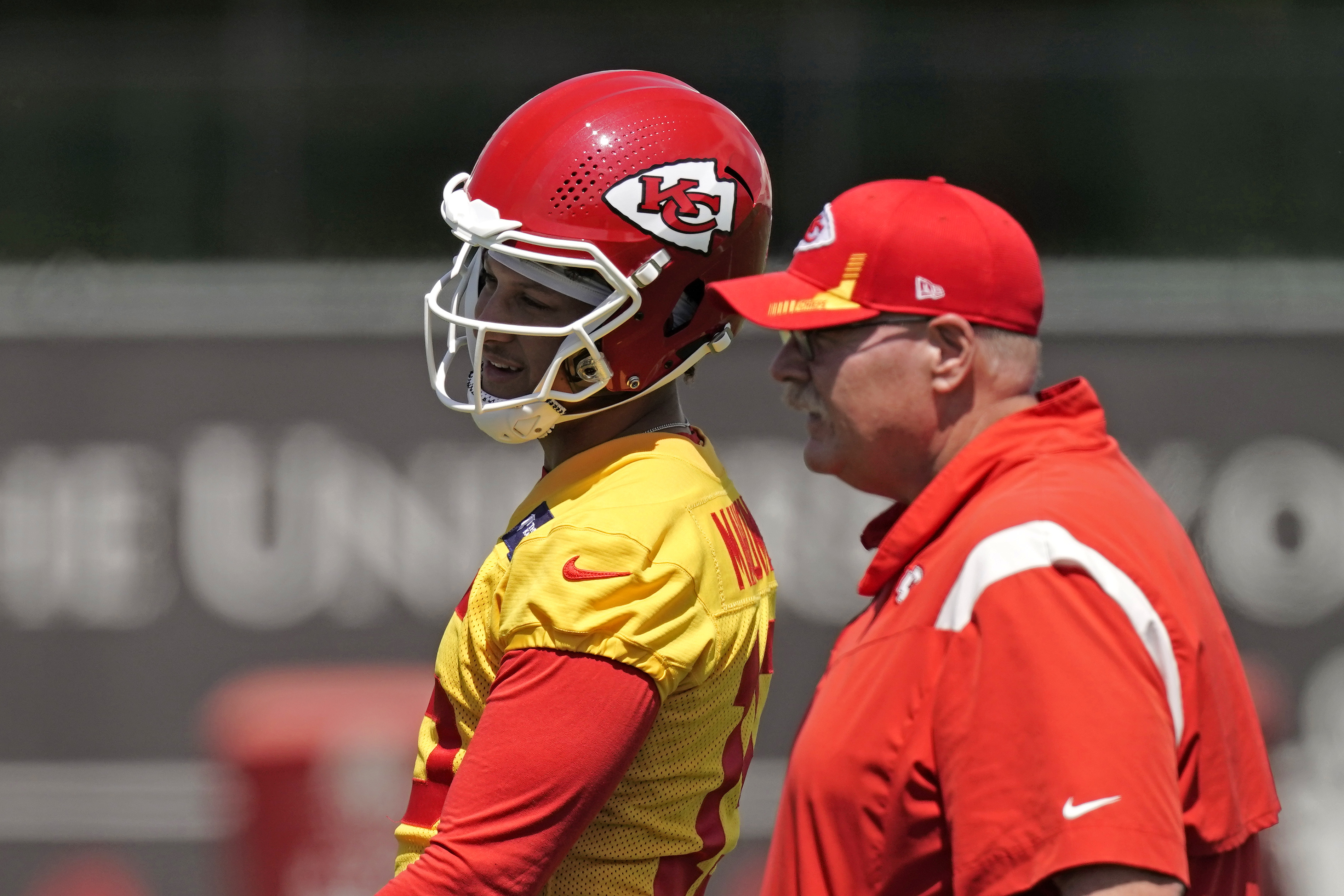