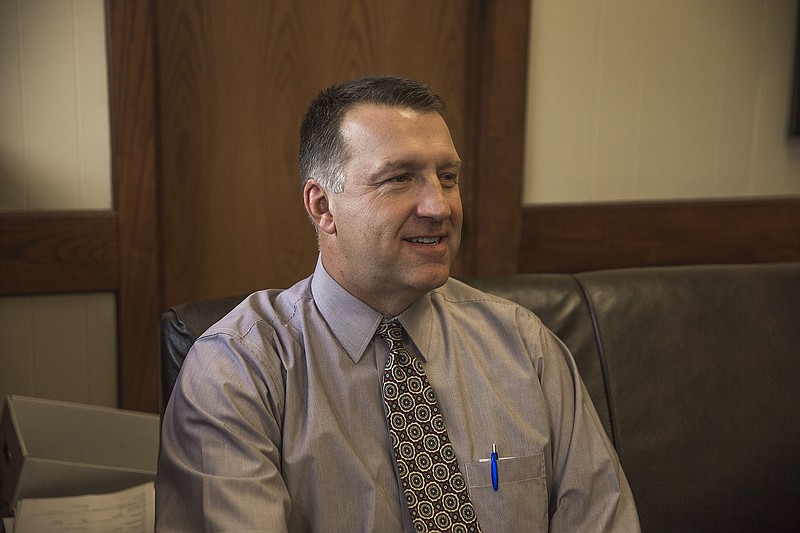 A lawsuit filed Monday alleged Ashley Woods, the former human resources manager, had experienced gender discrimination while employed with the Jefferson City School District and retaliation when she reported it. She resigned from her position in the district in May 2021.

In the document, Woods alleged Denise Pierce, director of the business office, and Kim Drainer, payroll manager, harassed and discriminated against Woods by excluding her -- including exclusion from discussions about her own department -- ignoring her when she spoke to them, and criticizing and undermining her work. The lawsuit also said the discrimination worsened when Woods took off work for maternity leave, pregnancy complications or caring for a child.

Woods alleged when she spoke to higher-ups, including Superintendent Larry Linthacum, about the treatment, she was encouraged to try to get along and nothing was done.

The lawsuit also alleged gender discrimination was present in the hiring and employment practices at Jefferson City Schools.

"Based on Plaintiff's position, her experience in human resources, and her master's degree in education, Plaintiff's position, including her role as 'interim HR Coordinator/Director' was comparable and similarly situated to that of a 'principal' throughout Plaintiff's term of employment. Male principals were routinely paid more than Plaintiff," the lawsuit said.

"The ongoing gender discrimination to which Plaintiff was subjected was underscored by the selection and hiring of Plaintiff's replacement as well as the replacement of (Former Chief of Learning and former HR Director) Shelby Scarbrough. While highly qualified females applied to each of these positions, Defendant hired males for each position. Further, the male replacements were paid greater salaries starting out in the positions than the females that had just vacated the positions," it said.

According to the lawsuit, Woods said she was "subjected to gender discrimination throughout her term of employment that included offensive and degrading comments and different standards and treatment than that afforded male employees."

It also alleges the school district "retaliated against (Woods) by failing to investigate her complaints during her term of employment, failing to take prompt and appropriate remedial measures, denying Plaintiff pay commensurate and comparable to that given male employees in similar positions, and through other actions as alleged herein."

In an emailed statement, district officials said, "The Jefferson City School District is aware of the lawsuit and intends to defend against the claims made within. As this is pending litigation, the district has no further comment at this time."

Woods' lawyer said he could not comment on pending litigation.