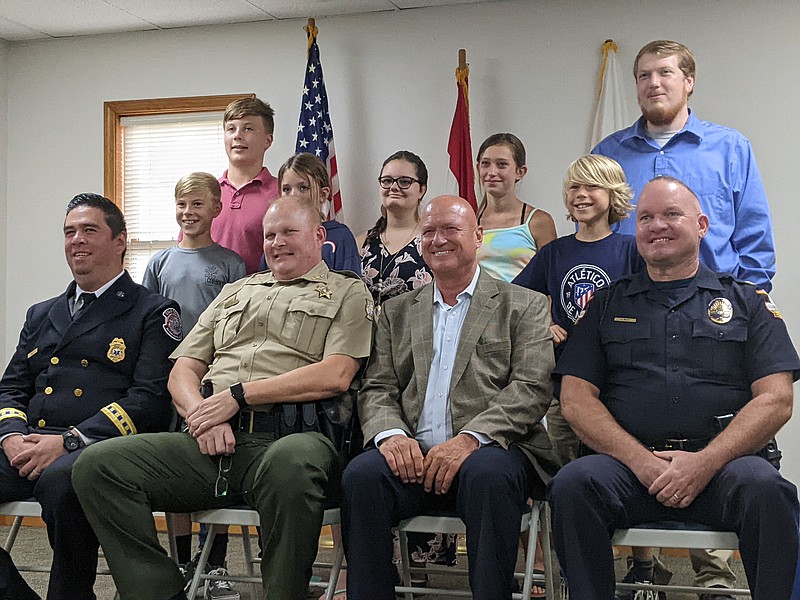 Seven children took to the podium Sunday for a 4-H competition some are concerned is becoming a lost art.

The 4-H public speaking contest didn't draw the biggest crowds this competition season, but parents said it was a meaningful opportunity to practice communication skills amid a changing world.

The 4-H public speaking competition challenges students to create and deliver a prepared or extemporaneous timed speech. Topics vary and participants can register to do the prepared or on-the-fly portions.

Wheeler said the 4-H competitions provide participants a better foundation for understanding communication and what it means to get a message across for an audience to comprehend and respond to.

"You've got more of a challenge than what we ever had growing up because you've got these little devices called phones and you can communicate in small segments called texts, that it's hard to get the full message across," Wilde said.

Matt Klumper, a father of four, said he signed up his daughter for the public speaking competition to start preparing her to develop what he believes is an essential skill.

"It's something that you're doing each and every day and you've got to make sure you're ahead of the field," Klumper said.

His daughter, Emma Klumper, was nervous. "I'm not scared to do it, I'm scared to mess up," she said.

Emma said she didn't sign up for the event on her own, but practiced her speech for two hours the morning of the event.

Klumper said he thinks it's important for younger generations to express their thoughts face-to-face, and cell phones have eroded communication skills and social etiquette for too many children.

"These kids today, that's how they communicate," he said of phones. "They communicate through social media, texting or using these emojis -- I have no idea what they mean -- or these little acronyms, and who knows what the heck this stuff means."

Seven students delivered speeches Sunday, whereas 20 students would've participated four years ago, Riley said. Two of the speakers were returning participants and the other five were completely new to the event.

Riley said an ideal public speaking competition would bring together about 30 children from around Cole County and 10 would compete at each of the junior, intermediate and senior levels.

4-H participation numbers are slipping as students graduate and new generations fail to get involved, he said.

It's not just students. Riley said the statewide 4-H organization is in need of volunteers to help oversee and run programming. He said there's an ongoing effort to recruit volunteers and meet growing demand in urban parts of the state.

"We've gone from community clubs of healthiness and large quantities to now we're getting down to project-specific areas," Riley said. "Shooting sports is one of our largest programs nationwide and definitely large in Cole County ... but at the end of the day, keeping these other activities alive and creating those life skills, that is really our goal."

Riley, who holds a variety of roles within local 4-H clubs, said public communication is becoming a lost art despite its critical function in most occupations. This year's judges were selected because of the vital role communication plays in their fields, he said.

To grow the public speaking program, Riley said he'd like to attract more home-school students to the organization and bring in a dedicated instructor to work with students on communication skills.