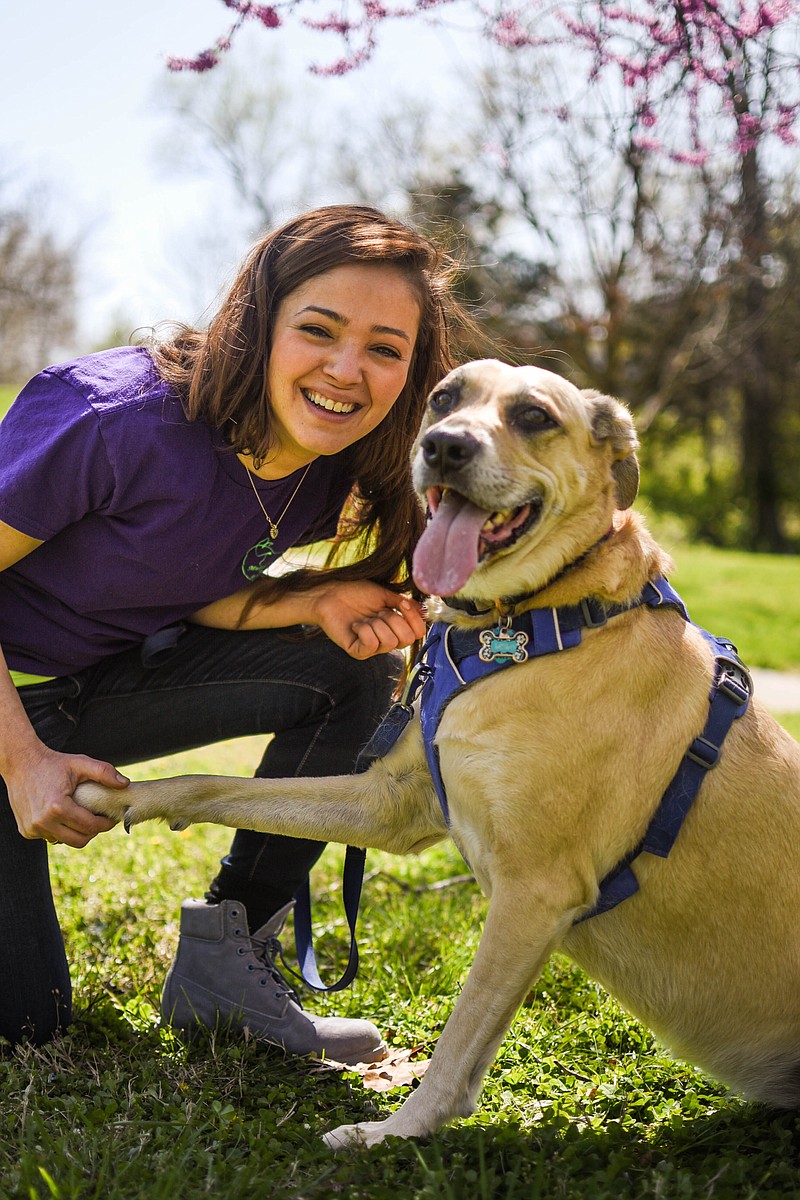 The love Jess Defreece has for her dog, Layla, and those she trains is abundant.

Life took turns she didn’t expect, but resources led her to a source of resilience and deeper healing, a light at the end of the tunnel, a wag at the end of a tail.

“Dogs are the way that I found that way out,” Defreece said.

She is the founder of Pawfinesse with Jess — a force-free, science-based dog training business — and its sister nonprofit, Muttz to Miracles Rescue and Rehabilitation Center, which seeks to train service dogs in aiding first response and community service. She also helps run a general foster to adopt training program to the public.

Defreece found her passion for dog training in a place she said God moved the most in her life — in the prison system.

After huge losses in her life and involvement in unexpected situations, Defreece found herself in the system. She said prison felt like being a blue feather in a bunch of yellow ones — it wasn’t the place for her. She immediately started looking for ways to turn her life around.

On the other side, Defreece was involved in a victims impact program where her teacher urged the class to do something to give back to their community. Her dog training program was “born from a little bit of fire” after recognizing a huge need in the dog world, Defreece said.

She asked her teacher if it was possible to rehabilitate rescue dogs into service dogs. Her instructor said it was possible, but difficult — like finding a needle in a haystack.

But experience taught her that with care and consistency, dogs could fully realize their potential.

Defreece participated in Puppies for Parole, which gave selected offenders in Missouri prisons the opportunity to become trainers to rescue dogs. After completing this program, Defreece was able to take shy rescue dogs to confident, adoptable best friends.

As she encouraged growth in the dogs she trained, it also encouraged growth in herself. For many who have been through the system, it’s dehumanizing, she said. There is a learning curve to life after serving time; through education, she was able to find her rhythms again.

Having previously studied nutrition at Lincoln University, Defreece found funding to go back to school – this time to train animals. She learned at the Academy of Pet Careers in St. Charles about reward-based, fear-free training and got behind the idea.

Defreece knew this method needed to be wider-taught, as it brought about real results.

“I learned a lot about dog behavior, how to educate people (on fear-free training),” she said. “It might take more time, but anything good is worth waiting for. You’ve gotta put that work in to get work out.”

Years later, Defreece is working with a staff at Pawfinesse and Muttz to Miracles and wants to teach people how to better communicate with pets. There is a way to communicate with them, but it involves building a language they understand.

Defreece hopes to see more pups who have been adopted to stay with their adoptive families. She thinks this is possible with excellent training and through screening each potential pet parent to make sure the home is right for them.

Her team is fundraising through Muttz to Miracles for land where they can give dogs the training they need. Even in the middle of foster-to-adopt families, she’ll be making sure potential owners are taking the time to learn and be educated on proper care for their furry friend.

“I’ve seen a lot of errors in rescue — I want to make sure my dogs are fully placed, that they would be a good fit for your family and home,” Defreece said.

“I want to let other people know who went through it that (they) can make it and give back,” she said. “We’re still good people and we have made mistakes … My mistakes are not who I am.”

She believes those who need second chances — for our furry friends and our neighbors — are worth it.

“I know what it’s like to fear going back, what it feels like to be in a box, like you’re left and nobody cares,” Defreece said. “If somebody gives them a chance … I think they’re all worth it.”

To learn more about Muttz to Miracles and Pawfinesse with Jess, contact Jess Defreece at 573-298-2653 or through her Facebook pages. She is always looking for volunteers for their community events, and donations are still underway for expanding Muttz to Miracles.