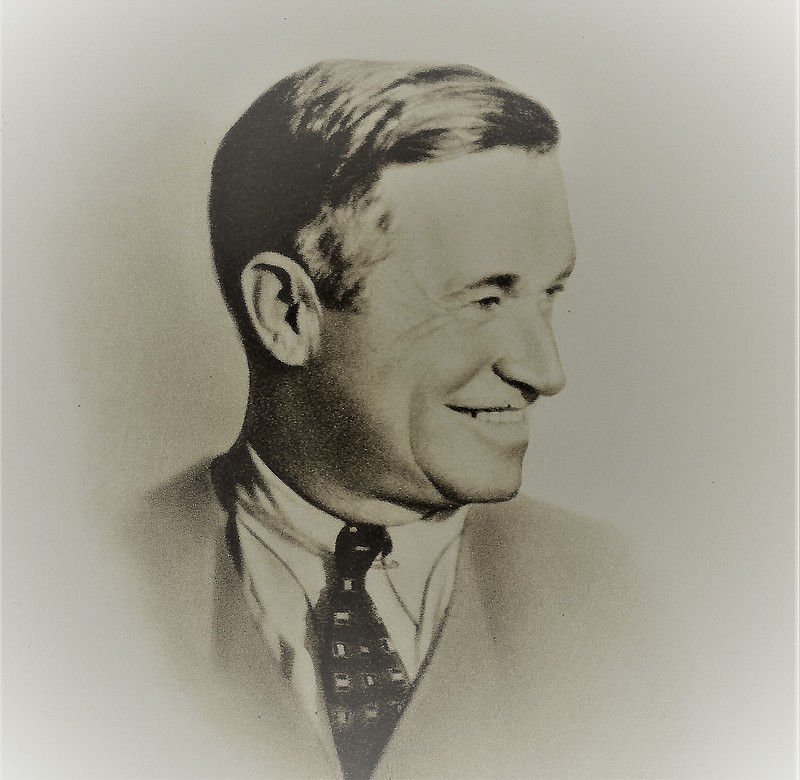 Will Rogers ascended to the pinnacle of stardom during the early 20th century, becoming a household name through his performances in vaudeville circuits and roles in films, in addition to sharing his insightful and humorous thoughts about topics such as life and politics.

Yet in his later years, a frequent theme in the musings of the Oklahoma native were the two years he spent as a cadet at Kemper Military School in Boonville.

Born on his parent's sprawling ranch in Oologah, Indian Territory in Oklahoma, in 1879, William Penn Adair Rogers possessed Cherokee lineage and was raised the youngest of eight children. At an early age, he began to demonstrate certain talents connected to his upbringing on a ranch.

According to the official website dedicated to preserving Rogers' legacy, he "worked with cattle and learned to ride and lasso from a young age. He grew so talented with a rope, in fact, that he was placed in the Guinness Book of World Records for throwing three lassos at once. One went around the horse's neck, another circled around the rider, and the third flew under the horse, looping all four legs together."

His father was a prosperous rancher and after Rogers' mother died when he was 10 years old, he went on to attend different public and private schools. However, it was his arrival at the "spit and polish" Kemper Military School that left an impression that was spoken about for years to come by the administration and former cadets.

"Will, when 17 in 1896, helped escort a herd of cattle from the family ranch in Oklahoma to market in Kansas City, then came to Boonville, arriving at Kemper...," the Kansas City Times reported in the Nov. 5, 1954, edition. His father, it was explained, was searching for a way to "tame" his son, and the military school seemed fitting.

Vivian Hansbrough, in an article printed in the Kansas City Star on Nov. 20, 1977, wrote that when Rogers arrived at Kemper Military School on Jan. 13, 1897, "everyone in sight was aware of him."

She added, "Mac Koontz, officer of the day on that occasion, reported that Rogers was all dressed in a 10-gallon hat with braided horsehair cord, flannel shirt with red bandana handkerchief, highly colored vest, high-heeled, red-top boots with spurs, and his trouser legs in boot tops."

This memorable cowboy clothing was soon swapped for a Kemper military-style uniform. The drabness of the school's dress failed to holster his boisterous personality and resulted in many humorous moments, some of which were compiled in a booklet in 1935 by Lt. Col. A.M. Hitch, superintendent for Kemper.

"Many cadets will remember Will as the school clown," wrote Hitch. He was notoriously witty, continually setting his crowd or his table or the class in uproar."

Col. Thomas A. Johnston, a Civil War veteran who was superintendent during the period of Rogers' brief matriculation at Kemper, was not always able to invoke the level of stoicism needed to remain immune to Rogers' chuckle-inducing antics.

Hitch wrote, "Colonel Johnston ... had a habit of calling on boys in the study hall to stand up when he wanted to reprimand them or address them. When he would shout, 'Mr. Rogers, stand up,' Will would stand up in such a manner and say 'yes, sir,' in such a way that he would bring the house down and even the colonel would have to turn his head away."

More than three decades after Rogers' attendance at Kemper, the Sedalia Democrat shared an article highlighting many amusing anecdotes from his school days, explaining there was little predictably associated with his academic achievements.

"Judged by his grades, Will was a very erratic student," the newspaper shared. "He was generally good in history, elocution, political economy and letter writing, though in history he received 100 one month and 68 the next."

The article continued, "The fact is Will was himself even as a student. If he didn't like a study, it didn't matter. Several of his classmates said he was just as happy with a poor grade as with a good one."

In 1898, the year following his arrival at Kemper, Rogers wrote letters to three of his sisters, requesting from each of them a loan of $10. This request was granted and the 18-year-old future star sneaked away from the military school one cold evening. He would go on to work as a cowboy on several ranches before becoming a beloved entertainer.

In 1930, Kemper's superintendent, Col. Johnston, was visiting California when several former Kemper students hosted a big dinner in his honor. While on the trip, Rogers, who was by then a major star, gave Johnston a tour of the studios where he worked and introduced him as such: "Boys, this is my old school teacher. He and I couldn't agree on how to run the school so I quit."

The beloved celebrity was only 55 years old when he was killed in a plane crash in Alaska on Aug. 15, 1935. Less than three months later, Lt. Col. Hitch, who had become superintendent of Kemper after Col. Johnston, organized a memorial service in recognition of the former student who initially did not show signs he was destined for prominence.

For several decades, Kemper held annual memorial services in honor of Rogers, sharing with generations of students the legacy left by the class clown. This tradition eventually reached its end, markedly in 2002, when the school closed due to bankruptcy.

Recognizing the difficulty most had in predicting Rogers' future success, Lt. Col. Hitch wrote, "It is interesting but trite to note that Will achieved fame in many ways, scarcely one of which was known in his school days -- best loved movie actor in the world, most popular radio entertainer ..."

He added, "If any of his school friends ever projected Will into the future, they probably thought of him as a cattleman." 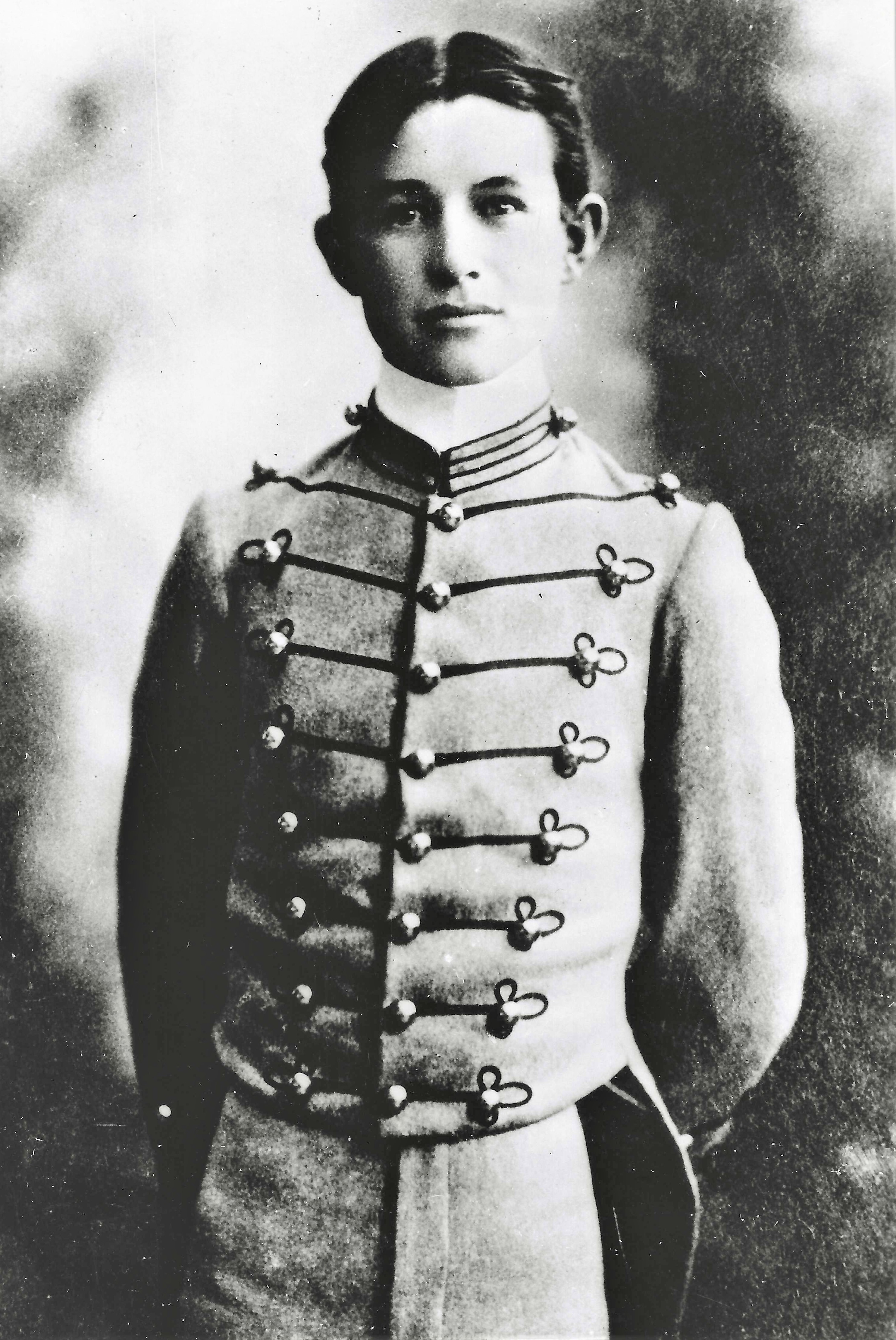