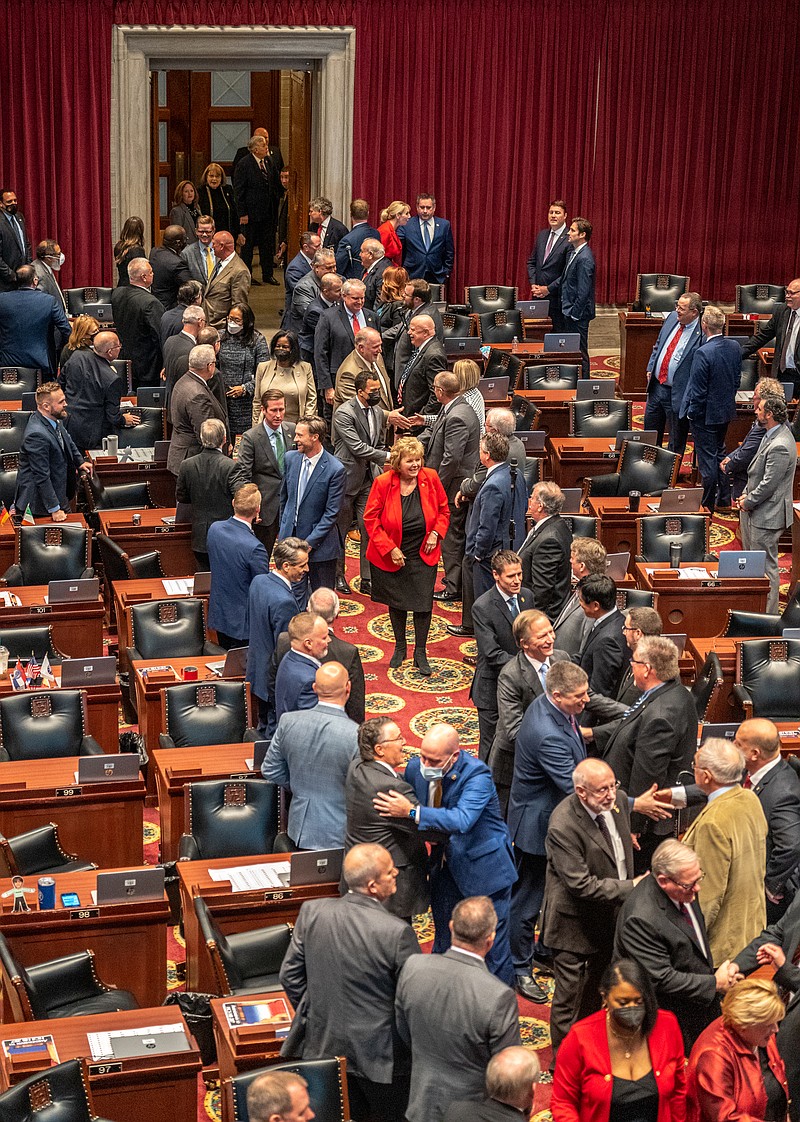 Parson's budget recommendations for the 2023 fiscal year included a $500 million investment toward MOSERS on top of regular annual contributions. The investment would increase the system's funding ratio by an estimated 63.2 percent, the Governor's Office said, while decreasing the use of general revenue and state employer contributions in the future.

State employees and retirees would see the benefits of the injection of funds over the next few years, said Candy Smith, a spokeswoman for MOSERS. Smith said the employer contribution rate would decrease by 1 percent by the 2025 fiscal year and increase the program's funded level to 65 percent -- a 4 percent increase -- as of the actuarial valuation for June 30, 2023.

Smith said the MOSERS board focused its funding policies on the program's long-term sustainability, a goal the influx of cash would complement.

"The governor's decision to make an extraordinary payment to MOSERS, given the state's current financial position, works to build on that board policy," Smith said. "MOSERS investments staff will be able to put that money to work and earn investment income on it."

Monthly base benefits for MOSERS are formulated by multiplying final average pay by the credited service by a multiplier.

Smith said the cash injection would not impact the amount of retirees' payments, rather ensure the program is more sustainable on the state's side.

"This payment will work toward contributing to the board's goal of ensuring the long-term sustainability of MOSERS for current and future members," Smith said.

The budget priorities also included $11.6 million for a state employee retirement savings incentive. This effort would provide an additional $25 a month for members who make a matching contribution to MOSERS' Deferred Compensation Program, which Smith said provides members a low-cost investment strategy line-up with professional management.

Supplemental savings through the program allow retirees a more financially secure retirement alongside their state pension and Social Security benefits.

Smith said the program results in at least $600 in savings per year for participants, with at least $300 matched by their employer a year.

"This is a good start and can serve as encouragement for employees to develop and stick to their personal savings strategies," Smith said.

Only active members can contribute to the deferred compensation program, Smith said.

Despite a 26.4 percent market return on investments last fiscal year, MOSERS remained on the committee's annual watch list. The results of that market growth are expected to be seen over the next five years, the committee's executive director, Michael Ruff, said earlier this year.

The committee is also taking a look at bills that could impact the system this session, including a bicameral effort that would require the MOSERS board to establish a buy-out program for vested employees and another bill that would allow state employees to alter their survivor benefit plans when returning to work with the state after an initial retirement.

Parson also included a $15 state employee minimum wage for state employees in his recommendation along with a 5.5 percent cost of living adjustment.