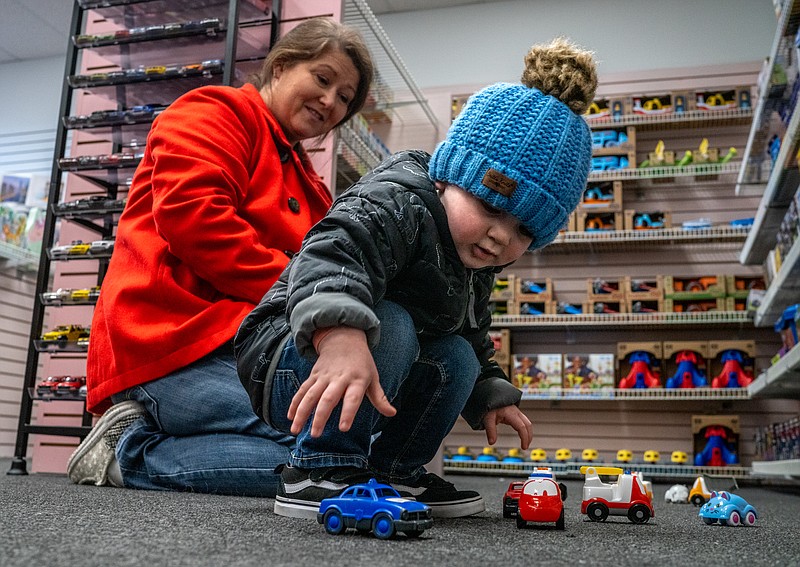 Jefferson City’s largest employer is looking at a massive pay raise for employees, and local businesses are taking note.

Last month, Gov. Mike Parson proposed a sweeping pay raise that would establish a $15 minimum wage for all state employees, provide a 5.5 percent cost of living adjustment and supply funds to address wage compression created by the new minimum.

Gary Plummer, president and CEO of the Jefferson City Area Chamber of Commerce, said it has the potential to increase local spending, but it could also make it more difficult for private businesses to compete for entry level workers.

The Jefferson City Area Chamber of Commerce hasn’t surveyed its members about the proposed minimum wage increase for state workers, but Plummer said he’s heard from some businesses that it will make it harder for them to compete for entry-level workers.

“It probably increases the competitiveness of the state, which may make the private sector — particularly at entry level — a little bit less attractive than it is today,” Plummer said. “But everybody that I’ve talked to has gone through some wage adjustments because of our workforce issue and shortage.”

Throughout the state, employers are facing a shortage of skilled employees.

In its annual employer survey this year, the Missouri Economic Research and Information Center found 60 percent of responding employers said a lack of skilled applicants is the primary barrier to expanding employment. It’s been the leading barrier for the past three years, according to the survey.

Plummer said those issues are relevant across the state, even in the Capital City.

“It’s difficult to find people to fill all the openings that the business community has,” Plummer said. “And, from what I understand, the state is experiencing the same difficulty.”

“It’s been probably 20 years or more since they’ve received anything other than just a cost of living adjustment, so the raises that are in there, we think, are important to them,” Plummer said. “I mean, they’re just like every other employer, just like our members in the private sector: You have to pay a wage that is competitive in the market.”

But competition between the private and public sectors is nothing new, he noted, and local business feedback hasn’t been entirely negative.

With higher wages, the state workforce will have more opportunity to spend money and support the local economy, he said.

“The proposed across the board pay raise is going to give some folks the opportunity to spend more dollars and have more at the end of the month leftover,” Plummer said. “So that side of this issue is very positive for the business community.”

“Traditionally, I think the Missouri state employees have been paid not enough,” Elliott said. “They’re keeping the local economy going by going to work, and I would welcome a pay increase for them.”

Like Plummer, Elliott said she would expect some of the extra wages to boost local spending.

“Anytime local residents — in particular those that work in the downtown area — anytime there’s a pay increase then there’s more income that they would spend locally,” Elliott said. “Books and toys are not necessarily a necessity, but I’d imagine that some of that would turn into sales for us.”

She said she doesn’t foresee the proposed pay increase affecting her ability to attract new employees, either.

Downtown Book & Toy is a smaller operation with seven employees, Elliott said, and most are part-time workers that she said are paid fairly well.

According to U.S. Census data, Jefferson City’s median household income is a little more than $52,000 and the per capita income is approximately $28,000.

A full-time state employee making the proposed $15 minimum wage for state workers would have an annual salary of $31,200.

“I’ve had some businesses say that this makes their job maybe a little tougher in some respects because the state is trying to step up and be more competitive with the private sector, but we understand,” Plummer said. “Everybody’s going to do what they have to do to fill those positions.”

Plummer said the Jefferson City Area Chamber of Commerce has been tracking the supplemental budget hearings closely to keep an eye on how the state worker pay increase is progressing through the General Assembly.

The last action on the appropriation bill was a public hearing Jan. 10, in which State Budget Director Dan Haug fielded questions from state lawmakers about the need for pay increases, how his office came up with the proposed figures and how sustainable the raises will be in the future.