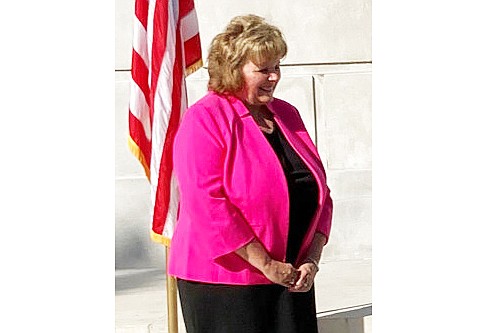 Ruff presented the list during a committee hearing Wednesday morning, outlining a myriad of bills that could impact state and local employee retirement systems as well as the latest statistics on the health of those programs.

"We have about 40-plus bills that are related to pensions," Ruff told the committee. "Some are directly related, and with some, there is less of a direct connection but we're still monitoring them."

SB 1062, sponsored by Sen. Sandy Crawford, R-Bufffalo, would give the MOSERS and MoDOT and Patrol Employee Retirement System (MPERS) boards until January 2023 to create buy-out programs for vested employees who quit their state job and don't intend to return. The bill would allow members to choose a 60 percent sum of their deferred annuity or a larger amount if approved by the board.

HB 2235, a parallel bill from Rep. Rusty Black, R-Chillicothe, would make the same change. Additionally, Black's HB 2236 would allow retired members of MOSERS or MPERS who return to work to enact a joint and survivor benefit plan when they re-enter retirement if they weren't eligible for the option upon their initial retirement. Black said it would allow returning employees to make a one-time alteration to their MOSERS account, a change he said a few members had applied for with the board over the years.

"These bills are going to give state employees more options and reduce the strain on the MOSERS system," Black told the News Tribune. "This would give those state employees who haven't been there that long and don't intend to come back the opportunity to take what they have paid into and reinvest somewhere else, and it can take a number of unfunded accounts off the board."

None of those bills have been referred to a committee as of Wednesday.

Ruff said other legislation based around COVID-19 might have an impact on various systems, including the state workforce. While the original language was broad, he said the committee's ability to compile data on retirement plans through third parties could also be jeopardized by broad legislation.

"We have several bills that are written broadly in terms of public entities or government entities that would likely impact some or all of Missouri's public retirement plans," Ruff said. "There are several bills dealing with COVID vaccination policies using the phrase 'government entity.' ... There is one bill that uses the phrase 'doing business.'"

Ruff said the committee and its staff would continue monitoring the bills and their potential effects as session progresses.

MOSERS garnered a 26.4 percent market return on investments last fiscal year, Ruff told the committee earlier this month, though it remains on its annual Watch List detailing plans that struggle to meet expectations. The MOSERS Board was rated at 7.65 percent on its investment projections based on its performance over the previous five years.

MOSERS has been on the committee's watchlist since 2016.

State employees have garnered attention from lawmakers and the executive branch as this year's session has gotten underway: Gov. Mike Parson and legislative budget leaders are advocating for a 5.5 percent cost of living increase and $15 minimum wage for state employees as part of a supplemental budget request in hopes of it passing by the beginning of February.