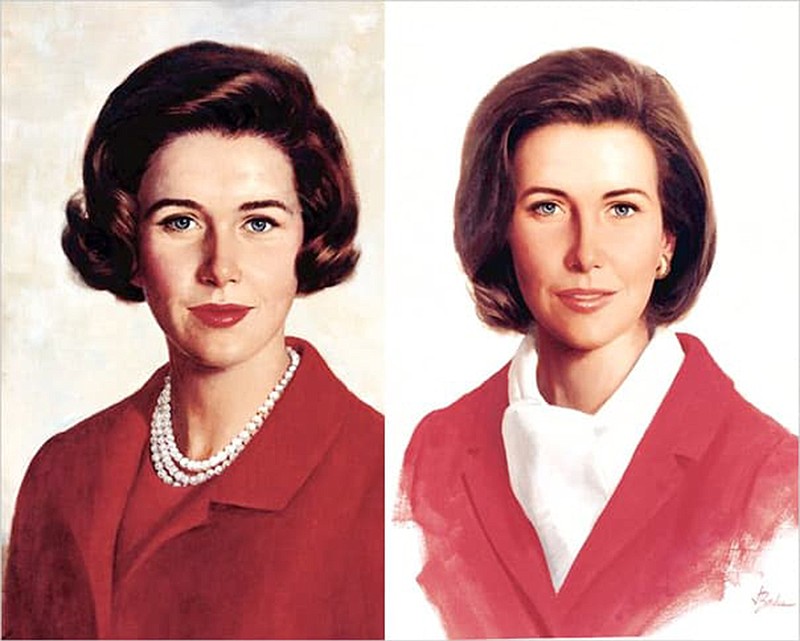 How does a brand remain a household name for a century?

In October, the icon became a centenarian and has now wrapped up her 100th holiday baking season. General Mills, the company that owns her likeness, intends to keep her relevant another century by embracing more diverse cooks and bakers and finding new ways to reach them in their kitchens.

"Betty Crocker remains relevant because she and her product lines adapt to shifting political, social and economic currents," culinary anthropologist Pauline Adema wrote in the encyclopedia "American Icons." "Her tenacity in the American imagination -- and in our kitchens -- attests to her timelessness as a merged corporate and domestic icon."

Then she was on radio shows, cookbooks, cake mixes and her own website.

"Betty has been associated with that pride and accomplishment in the kitchen," said Maria Jaramillo, director of the Meals & Baking business unit at General Mills, which includes Betty Crocker. "How can we make sure the next generations have that knowledge of how to bake, how to cook, so it's truly inclusive for everyone?"

Marketing food to the largest possible audience, as Betty Crocker does, is increasingly difficult amid a "commoditization" of many popular products, said Doug Jeske, president of Meyocks, a branding and marketing agency.

Increasingly, marketers are using what's called "mentor branding," Leske said. It's a way for the company to ingratiate itself with customers by offering them more information, inspiration and even advocate for their interests.

"Of course, Betty Crocker was a mentor even before she was a product brand, so the folks at General Mills have been on to something for a long time," Leske said.

In 1921, the Washburn-Crosby Co., a predecessor to General Mills, ran a contest in the Saturday Evening Post promoting Gold Medal Flour that inadvertently produced some market research. In addition to completed puzzles, letters poured in asking for baking advice, and the company concocted a character to answer them. "Betty" was chosen for its friendliness; "Crocker" was the last name of a retired company board member.

And in 1924 Betty was given a voice -- and later a variety of voices -- with a daytime radio program. "Betty Crocker Cooking School of the Air" debuted on WCCO (the station's call sign named after its then-owner, Washburn-Crosby Co.). The show was picked up by NBC and would run for more than two decades.

Betty was officially personified for the first time beyond a voice and a signature: A painted portrait released in 1936 was the first of eight different faces for the brand over the next 60 years.

Throughout the Great Depression and into the war years, Betty's advice to bakers and homemakers increasingly focused on stretching limited food supplies. A free booklet proved "a saving grace for many Americans, and its sound advice won national recognition among nutritionists and social workers," Susan Marks-Kerst wrote for Hennepin History magazine in 1999.

By this point Betty Crocker's popularity had inspired a number of other fictional spokeswomen at rival companies, including Ann Pillsbury, Kay Kellogg and General Food's Frances Lee Barton. None loomed as large as Betty. In 1945, Betty Crocker was named the second-best-known woman in America after Eleanor Roosevelt.

"In part she flourished because General Mills, unlike many of the other companies with live trademarks, recognized the value of her widely trusted persona and poured considerable resources into promoting her," culinary historian Laura Shapiro wrote in a 2005 essay, "Betty Crocker and the Woman in the Kitchen."

Also in 1950, "Betty Crocker's Picture Cook Book" aka the "Betty Crocker Cookbook" aka "Big Red" was released. Millions of copies have been sold.

"This was the first time a cookbook had step-by-step instructions," Jaramillo said. "Before then, the way you learned to cook was generation to generation."

Betty Crocker's first product in the grocery aisles was a pea soup mix released in 1941, followed soon by cake mixes. In the late 1960s, Betty's name started gracing the box of a hot new toy credited with instilling a love of baking in a new generation: the Easy-Bake Oven.

She also received two portrait makeovers during this fast-changing decade.

"The changing faces of Betty Crocker are a barometer of shifting concepts of domesticity and women's role as homemakers in the twentieth- century United States," wrote Adema, the culinary anthropologist.

With consumers continuing to crave convenience, which was one of the brand's key selling points over the years, Betty Crocker's Hamburger Helper was launched. Tuna Helper and Chicken Helper would follow, helping entrench a new category of food: the boxed dinner.

"With one pan, one pound of hamburger and one package, Hamburger Helper revolutionized dinner," General Mills wrote in a history of the brand now known as Helper.

Though largely associated with baking -- and particularly the classic layer cake -- Betty Crocker added some global flair with the 1980 "Betty Crocker's International Cookbook." The following year came the release of Chinese and Mexican cookbooks.

Always up on the latest technology, a number of Betty Crocker microwave cookbooks were also released in the decade as residential use of the appliance skyrocketed.

Betty broadened her reach to the World Wide Web in 1996 when bettycrocker.com was first registered. Early snapshots of the website from the Internet Archive show that while the imagery and functionality has been upgraded over the years, the goal of the site was always to help people in the kitchen with recipe ideas and ways to contact Betty.

The final updated portrait of Betty Crocker is also released in 1996. It was painted from a computer-generated composite image of 75 women "of diverse backgrounds and ages who embody the characteristics of Betty Crocker," the company said.

The use of Betty Crocker portraits was eventually phased out as changing demographics were reflected in changing messaging.

"The community of bakers and makers is a lot more diverse right now. It would be impossible to represent that with a portrait," Jaramillo said. "So we now use the iconic red spoon to be more inclusive and be more inviting."

Betty kept pace with the times by adding smartphone apps and a full suite of social media accounts to connect with consumers. Betty crocker.com remained one of the most-visited food websites in a category crowded with recipe blogs.

"What Betty Crocker does differently is, every time we put out food ideas, we make it foolproof," Jaramillo said. "Even if you make a little mistake, it will still turn out OK."

The pandemic caused a massive spike in at-home eating and baking, a trend that is continuing into Betty's 101st year.

With the help of social media influencers and other modern tactics to reach consumers, Jaramillo said she is confident new generations of cooks and bakers will embrace the brand.

"A lot of people have either re-discovered the joy of baking or have gotten into baking," she said. "As long as we continue to provide inspiration, we should be able to celebrate 200 years of Betty Crocker."