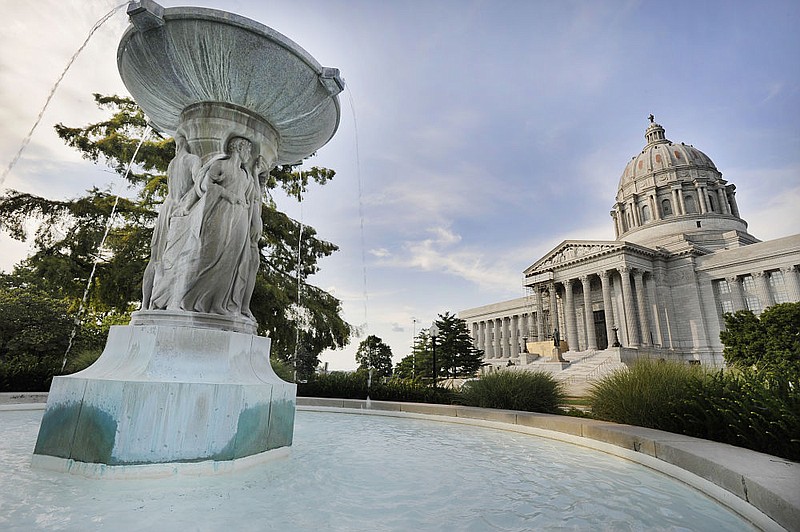 The Missouri State Capitol is pictured here in August 2017.

Some lawmakers have begun their annual challenge to Missouri's initiative process.

Members of the House Elections and Elected Officials Committee on Wednesday will hear presentations on three joint resolutions that would make it more difficult for the general public to get initiatives placed on ballots, then for them to pass.

Unlike some other proposals, House Joint Resolution 91 lets the required volume of petition signatures necessary for consideration of the initiatives (for a change to the Missouri Constitution) stand at 8 percent of voters. However, the resolution increases the volume of congressional districts required to collect signatures from two-thirds to all eight.

HJR 91, sponsored by Rep. J. Eggleston, R-Maysville, also requires a two-thirds majority during the election for the initiative to pass. There is an exception.

The joint resolution requires all initiative sponsors to submit their initiatives to the General Assembly, in a manner much like a bill. If the assembly approves the initiative, it may pass on a simple majority vote.

House Joint Resolution 102 would up the volume of voters' signatures necessary to get their initiative on a ballot from 8 percent to 10 percent. It also requires the signatures to be collected in each of the eight congressional districts.

There seems to be a theme in joint resolutions the committee will hear Wednesday. House Joint Resolution 88, sponsored by Rep. Mike McGirl, R-Potosi, would require signature collections in all eight congressional districts.

It would require the majority of voters in two-thirds of Missouri counties to pass.

The committee, which is to meet at 11 a.m. Wednesday in House Hearing Room 6, will also go into executive session to discuss House Joint Resolution 79, sponsored by Rep. Mike Henderson, R-Bonne Terre. The committee heard testimony on the resolution Jan. 6.

It would require collection of signatures from 10 percent of voters in every congressional district and would require a two-thirds majority vote to pass.

Click on the link below to read the full bill online: