Dey inducted into Hall of Fame 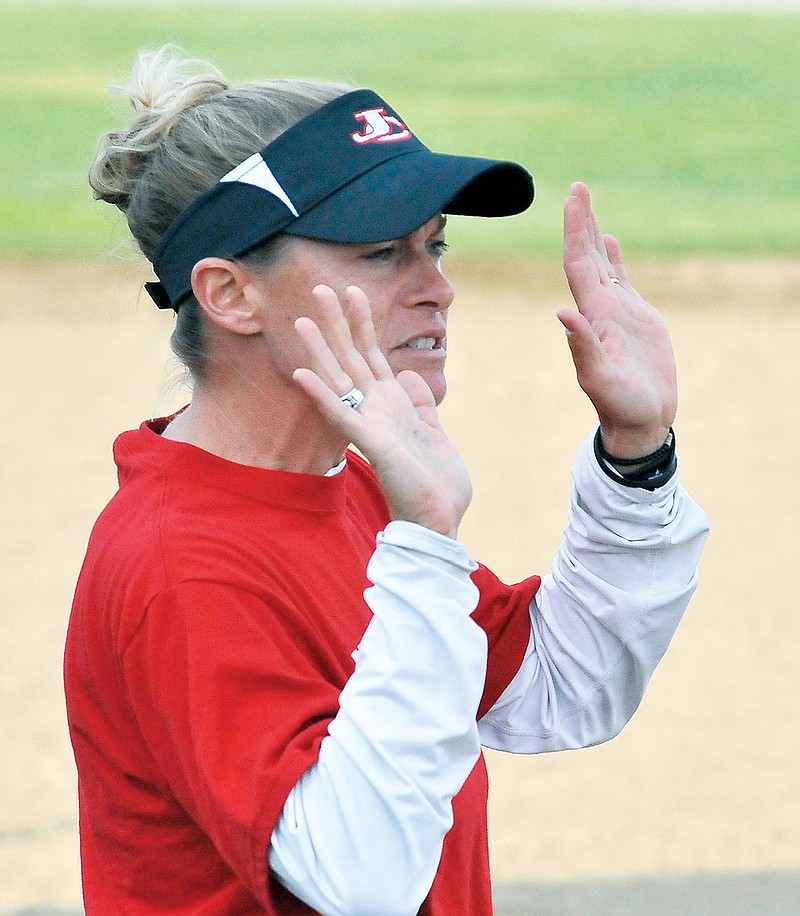 Former Jefferson City softball coach Lisa Dey could not believe it when she got the call she was being inducted into the Missouri High School Fastpitch Coaches Association Hall of Fame.

“Do you have the right number?” She said with a laugh. “I was caught off guard. I never really thought about making it into the Hall of Fame and never really expected it.”

Whether she expected it or not, Dey was inducted into the Hall of Fame last Saturday after a long and successful career.

Dey was the head coach for the Lady Jays softball program for 21 years before she retired and moved to the role of the truancy officer for the school district back in 2015. She finished with 424 wins as the head coach, leading Jefferson City to seven Final Four appearances and a state title in 2009.

Coaching was never about herself for Dey, it was always about making the kids better on the field, and more importantly, shaping her kids into better people off of it. She gave all of the credit for her induction to the kids she coached for so many years.

“I’ve always said that coaching was not about me,” Dey said. “I’ve had the chance to coach some really magnificent kids through the years, so I think this as more of the kids’ Hall of Fame than it is my induction.”

Following the lives of the kids she coached throughout the years has been one of Dey’s favorite parts of her years with the Jefferson City School District. Knowing she had at least a part in the growth of the girls into successful women brings her joy to this day.

“It was always nice to see my kids have success on the softball field, but seeing their growth off the field was always more important,” Dey said. “What I am most proud of is hearing and seeing the girls today. Seeing where they are professionally, whether they got into coaching, seeing them graduate college or just seeing them as moms themselves has been really cool for me over the years.”

Winning the state title back in 2009 was the peak of the mountain for the coaching career of Dey on the field, but it was her last year of coaching that brought her the most happiness knowing how hard her team battled for her.

“I’d be crazy to say that the highlight of my coaching career wasn’t the thing that every coach strives for every season, and that is to win a state title, because that was truly special,” Dey said. “But I will say that my last year of coaching was really special because we made it to the Final Four when nobody expected us to. We beat the top two teams in the state through districts and sectionals and the kids battled so hard. That made me so proud as a coach.”

Following that season, Dey announced her retirement in January 2015 with an under-the-radar meeting with her players letting them know she was stepping away from coaching. Dey is still employed by the Jefferson City School District and has no plans to step away from dealing with kids anytime soon.