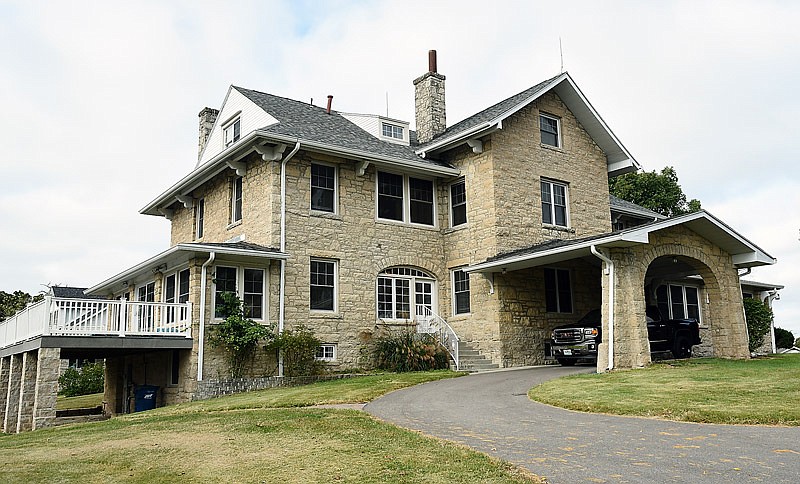 JC homes would be placed on National Register of Historic Places

For the residents of Green Berry Road, Friday morning brought good news in their pursuit of a place on the National Register of Historic Places list.

Miller constructed the three homes from 1908-10.

Jane Beetem, historic preservationist with the Historic City of Jefferson, said the application has one more step before it would be added to the national list.

The application will need to go through the National Park Service (NPS) before it can be added to the National Register of Historic Places.

Beetem, who helped put the application together, said the state preservation office will review it and might ask her to tweak a couple things before it goes to NPS. A final decision will likely take two to three months, she said.

The three houses are half of the remaining residences Miller designed in Jefferson City. The other three are on Swifts Highway.

Miller is also credited with designing the Cole County Courthouse -- rebuilding it after it burned in 1918 -- as well as St. Mary's Hospital, which was recently demolished, the Central Bank building at 238 Madison St., Merchants Bank at 101 W. High St., St. Peter's School at 216 Broadway and Burch-Berendzen Brothers Grocery at 304 E. High St.

The district is close to an already existing one -- the Moreau Drive Historic District. However, there's a group of modern houses between the two, which means they can't be combined into one.

The McHenry House was built by Houck McHenry, one of the founders of the Capital City Telephone Company, according to the application. He also spent 15 years on the school board, two terms on City Council and two terms as the president of the Commercial Club, which has since grown into the Jefferson City Area Chamber of Commerce.

The McHenry family owned the home until 2016. The home falls under the Craftsman style of architecture, which includes porches, rustic stone walls, overhanging eaves and a cross gabled roof. According to the application, the stone used in the home is "believed to have been quarried locally as Houck McHenry owned a quarry."

Charles Dewey built the Dewey House while working as a farmer and insurance salesman. He served on the Boy Scout Council and was involved in the development of Camp Maries. Additionally, he spent 12 years as secretary of the Cole County Committee along with serving as the official reporter of the Missouri State Senate. He ran for Congress twice, but was defeated both times.

The home changed hands several times, but the current owners purchased it in 1997. The Dewey Home also features the use of native stone and large porches, but also takes some inspiration from the Bungalow architectural style, according to the application. For instance, the roof extends over the porches.

Richard R. Nacy served as Missouri's state treasurer from 1933-37 and again for a partial term in the 1940s. During the Truman Administration, he served as executive assistant Democratic national chairman and state party chairman.

While the Nacy House has his name, it was built by Waller A. Graves, who moved to Jefferson City to serve on the state Supreme Court from 1906-28. Nacy purchased the home in 1937. The Nacy House, while also Craftsman style, includes inspirations from the Colonial Revival architectural period, according to the application, such as overhanging eaves, symmetry on the front facade, exposed rafters on the porch and Doric-style columns outside.

The National Register distinction extends to 11 secondary structures and landscape features between the three properties.