Bill would require Senate confirmation for US prison chief 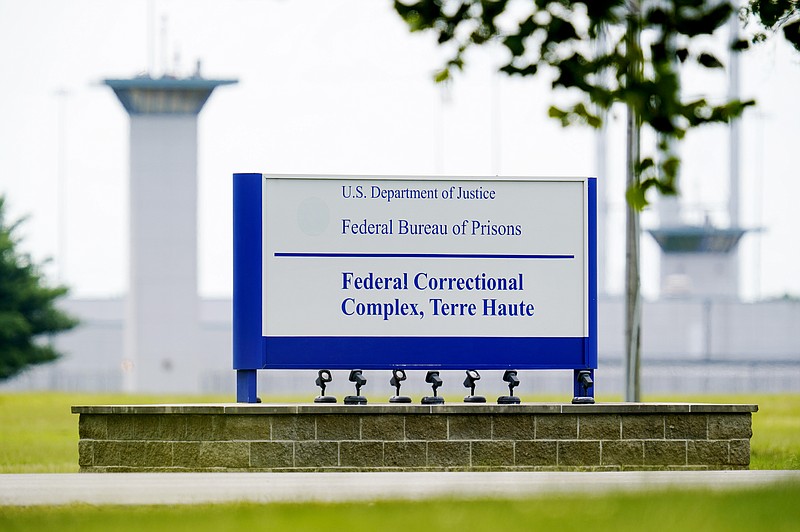 FILE - The federal prison complex in Terre Haute, Ind., Aug. 28, 2020. Days after the head of the troubled federal Bureau of Prisons said he was resigning amid increased scrutiny over his leadership, lawmakers have introduced a bill to require Senate confirmation for future agency directors &#x2014; the same process used to vet leaders of the FBI and other federal agencies. (AP Photo/Michael Conroy, File)

WASHINGTON (AP) -- Days after the head of the troubled federal Bureau of Prisons said he was resigning amid increased scrutiny over his leadership, lawmakers have introduced a bill to require Senate confirmation for future bureau directors -- the same process used to vet leaders of the FBI and other federal agencies.

The bill, introduced late Thursday by the chairman of the House's Bureau of Prisons Reform Caucus, seeks to strengthen congressional oversight over the crisis-plagued bureau by adding checks and balances to how its director is chosen. Currently, the attorney general can just appoint someone to the position.

Rep. Fred Keller's bill would shift the responsibility of picking a director to the White House, authorizing the president to nominate someone to the post, with that person then facing questioning at a Senate hearing before a confirmation vote. It would also limit the director to one 10-year term.

The Bureau of Prisons is the Justice Department's largest agency, with about 37,500 budgeted positions, an annual budget of nearly $8 billion and more than 150,000 inmates. Yet, it's the only Justice Department agency whose director isn't subject to Senate confirmation.

Keller, R-Pa., wrote in a letter asking colleagues to support the bill the director of the Bureau of Prisons "oversees a massive government agency without sufficient congressional oversight" and that changing how the position is filled would bring "further accountability" to the agency.

In nominating a federal prisons director, instead of relying on the attorney general to choose one, the White House would gain greater control over the Bureau of Prisons, which advocates have been urging President Joe Biden to overhaul after he pledged in his campaign to focus on criminal justice reforms. In requiring Senate confirmation, Congress would gain power to better screen candidates and could expose potential problems before they take office.

Current Director Michael Carvajal, a Trump administration holdover who's been at the center of myriad crises within the federal prison system, told Attorney General Merrick Garland last week that he is resigning. The decision came after Associated Press reporting that uncovered widespread problems at the agency, including a recent story detailing serious misconduct involving correctional officers.

Carvajal will stay on for an interim period until a successor is in place while the agency's No. 2, Deputy Director Gene Beasley, plans to retire effective May 31.

If the bill is approved and signed into law after a Carvajal replacement is appointed, that person could still end up being subject to Senate confirmation. According to the text of the bill, dubbed the Federal Prisons Accountability Act, a sitting director would be able to stay in office for three months after it becomes law. The president could then nominate that person to the position, pending Senate confirmation.

Several congressional committees currently have oversight over the Bureau of Prisons, with the director occasionally summoned to answer questions at Capitol Hill hearings. But without a confirmation process, the legislative branch has been effectively excluded from having any say in who gets to lead the agency.

Lawmakers have failed in previous efforts to give the Senate a say in who leads the Bureau of Prisons. Sen. Mitch McConnell, R-Ky., proposed similar measures in the Senate four times since 2012, and Keller did the same in the House in 2020, but none of those got a debate, let alone a vote.

Carvajal's exit is a prime time to give it another try, with Senate leaders giving extra attention to the agency after the AP published a story late last year that revealed more than 100 Bureau of Prisons workers have been arrested, convicted or sentenced for crimes since the start of 2019. Those workers included a warden charged with sexually abusing an inmate.

Carvajal's tumultuous tenure included the rampant spread of the coronavirus inside federal prisons, a failed response to the pandemic, dozens of escapes, deaths and critically low staffing levels that have hampered responses to emergencies.

The AP's reporting exposing those problems compelled Congress to investigate and prompted increased calls from lawmakers for Carvajal to resign, including from the chairman of the Senate Judiciary Committee, Sen. Dick Durbin, D-Ill.

Carvajal, 54, was appointed director in February 2020 by then-Attorney General William Barr, becoming the 10th person to lead the agency since its founding more than 90 years ago.

An agency insider who started as a correctional officer and worked his way up the ranks, Carvajal took over just before the COVID-19 pandemic began raging in federal prisons nationwide. Tens of thousands of inmates have been infected with the virus, and at least 277 have died. 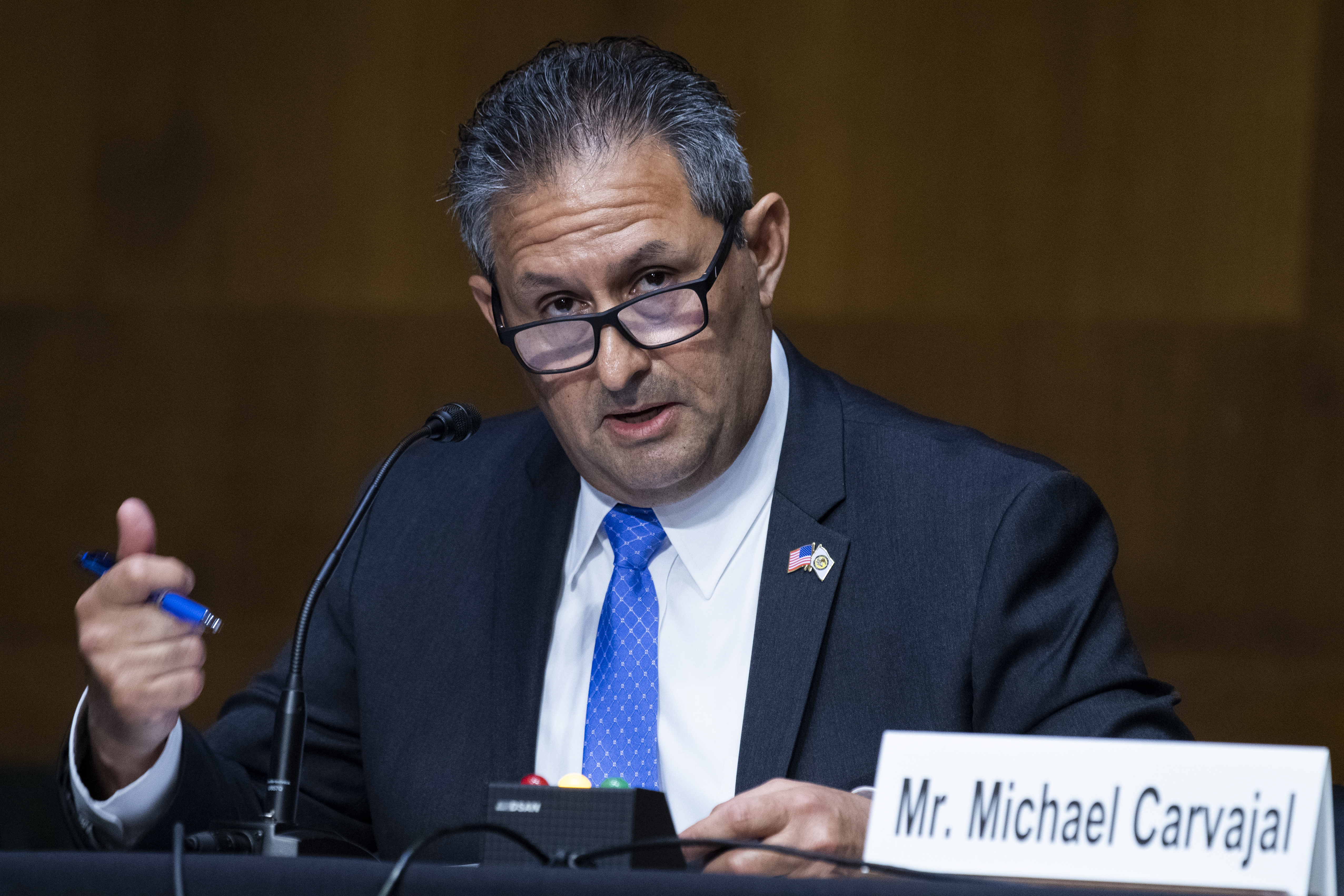 FILE - Michael Carvajal, director of the Federal Bureau of Prisons, testifies during a Senate Judiciary Committee hearing examining issues facing prisons and jails during the coronavirus pandemic on Capitol Hill in Washington, on June 2, 2020. Carvajal is resigning amid increasing scrutiny over his leadership in the wake of Associated Press reporting that uncovered widespread problems at the agency, including a recent story detailing serious misconduct involving correctional officers. (Tom Williams/CQ Roll Call/Pool via AP, File)