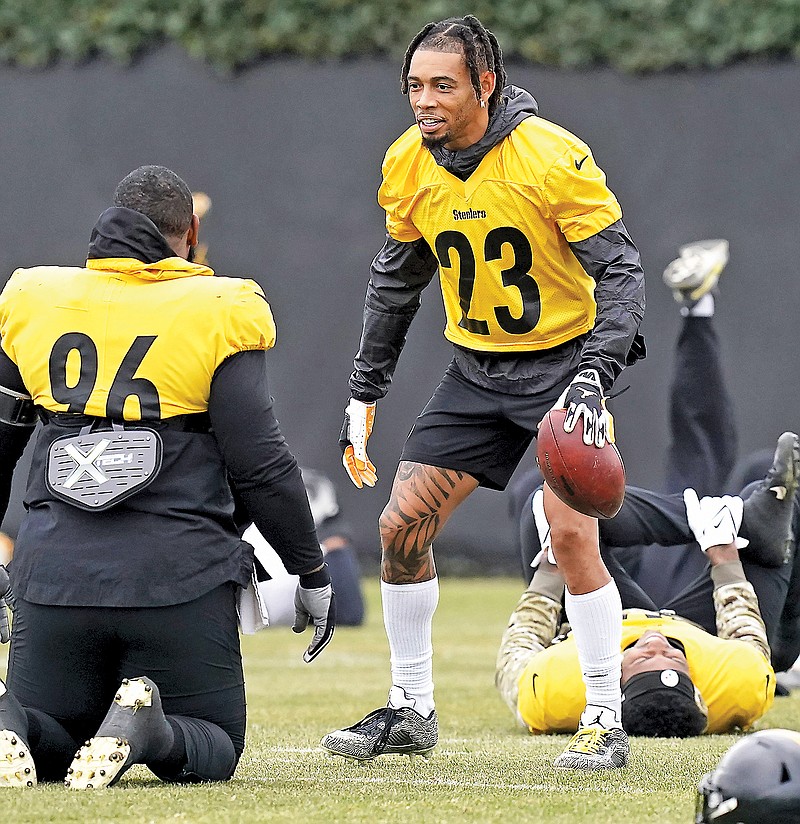 PITTSBURGH -- Joe Haden felt terrible in the middle of last week as symptoms of COVID-19 took their toll.

A day later, the veteran Pittsburgh Steelers defensive back felt better. Physically, anyway. Mentally, Haden feared his second time in the league’s protocols would end the same way the first did: with Haden watching on TV as Pittsburgh’s season came to a swift end.

A year ago, Haden was a well-compensated bystander as the Steelers were run off Heinz Field by Cleveland in the first round of the playoffs. He couldn’t shake a familiar feeling as Pittsburgh prepared to face Baltimore last weekend with a shot at the postseason on the line.

“I was pissed,” Haden said with a laugh Thursday. “I was so upset. The only thing I wanted to know was, ‘Is there any way I can get back playing?’”

Haden did exit the protocols in time to make four tackles in a 16-13 overtime victory against the Ravens that helped push the Steelers (9-7-1) into an improbable trip to Kansas City (12-5) on Sunday to face Patrick Mahomes and the Chiefs. While Haden played less than half of Pittsburgh’s defensive snaps, his presence helped a unit that’s been uneven at best find a way to limit the Ravens to just one touchdown.

His reward? At least one more week in black and gold and just the second playoff game of his 12-year career. That’s not a great ratio, and Haden knows it. It’s why he’s telling his teammates — particularly players like first-year defensive back Tre Norwood — not to take the opportunity for granted. Haden spent the first seven seasons of his career playing for bad Cleveland teams. He knows how rare the opportunities to play deep into January are — and how easily they can be taken away.

So he is attempting to savor every moment, as fleeting as it may be for a player in the final year of his contract who will likely be elsewhere next fall.

“Once you get in, everybody is on an equal playing field,” Haden said. “It doesn’t really matter what side you are, how you got in. It’s three games to the Super Bowl. In four games, you are Super Bowl champs.”

Even if the idea of the Steelers — who are nearly two-touchdown underdogs to the two-time defending AFC champion Chiefs, according to FanDuel Sportsbook — putting together an extended run seems unlikely. Any shot Pittsburgh has at slowing down Kansas City relies heavily on Haden and the rest of the defensive backfield finding a way to keep Patrick Mahomes, Tyreek Hill and Travis Kelce in check. Haden will need to be at his best, something he can still summon regularly more than a decade into his career.

Haden didn’t have an interception, just the second time in 12 years that’s happened during a season in which he played at least 10 games. But he still made an impact. In a 19-13 win against AFC South champion Tennessee last month, Haden recovered a fumble to set up a field goal and held Titans wide receiver Nick Westbrook-Ikhine short of the first-down marker in the final seconds to preserve the victory.

“That was a huge play,” defensive coordinator Keith Butler said. “And he’s come up with those plays like that for us and he’s been around the league for a long time.”

Just, it seems, not much longer in Pittsburgh. With so many needs in other areas — particularly along the offensive and defensive lines — he’s likely too expensive for the Steelers to keep around.

Still, the example of professionalism he’s set during the last five years will linger in a room filled with younger players like Norwood and James Pierre. One of them, as Butler pointed out, is how to live well — if you can afford it.

Notes: WR JuJu Smith-Schuster’s season might not be over after all. Smith-Schuster, who underwent right shoulder surgery in October, practiced on Thursday for the first time since getting hurt in a win Oct. 10 against Denver. Coach Mike Tomlin did not say whether Smith-Schuster could be available Sunday.