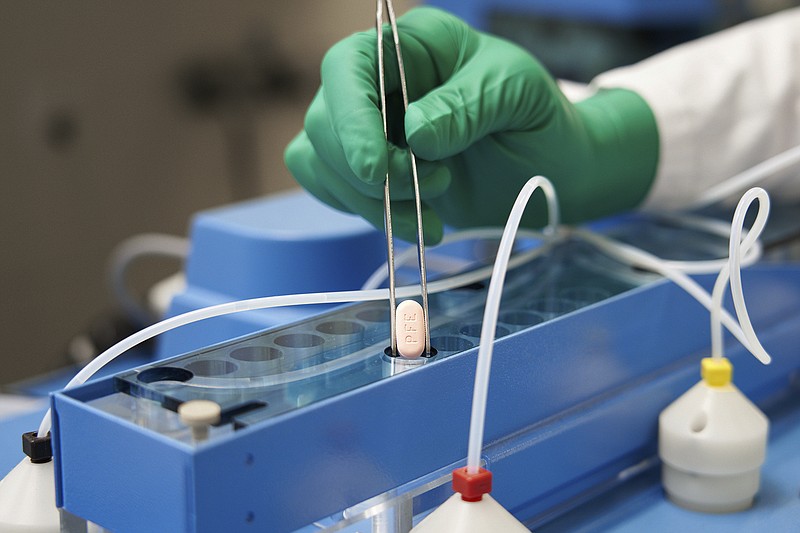 FILE - This image provided by Pfizer shows the company's COVID-19 Paxlovid pills. Pfizer's and Merck's COVID-19 pills that were supposed to be an important weapon against the pandemic in the U.S. are in short supply and have played little role in the fight against the omicron wave of infections. (Pfizer via AP, File)

WASHINGTON (AP) -- Two brand-new COVID-19 pills that were supposed to be an important weapon against the pandemic in the U.S. are in short supply and have played little role in the fight against the omicron wave of infections.

The problem, in part, is that production is still being ramped up and the medicines can take anywhere from five to eight months to manufacture.

While the supply is expected to improve dramatically in the coming months, doctors are clamoring for the pills now, not just because omicron is causing an explosion of cases but because two antibody drugs that were once the go-to treatments don't work as well against the variant.

"This should be a really joyous time because we now have highly effective antiviral pills," said Erin McCreary, a pharmacist and administrator at the University of Pittsburgh Medical Center. "Instead, this feels like the hardest and most chaotic stretch of the pandemic."

The pills -- and other COVID-19 drugs, for that matter -- are being carefully rationed, reserved for the highest-risk patients.

"January is going to be a terrible month with a million cases a day," University of North Carolina virologist Dr. Myron Cohen said. "Most people will do perfectly well, but we have to select out the people who won't and give them the drugs we have available."

The Food and Drug Administration authorized the two pills from Pfizer and Merck late last month based on studies showing they cut the risk of severe disease and death when given shortly after symptoms appear. They are the first COVID-19 treatments patients can take at home, and thus could reduce the burden on hospitals.

The U.S. didn't make the kind of mass purchases in advance that it did with vaccines.

Pfizer's pill, Paxlovid, is considered far superior to Merck's, but because of the six to eight months it takes to manufacture, the company said it can supply only about 250,000 courses of the treatment by the end of this month.

The U.S. has ordered enough Paxlovid to treat 20 million people, but the first 10 million orders won't be delivered until June.

White House COVID-19 coordinator Jeff Zients said this week that the government collaborated with Pfizer to help speed up development of the pill by several months, and officials continue to work with the company to look for ways to boost production.

Pfizer said it is adding capacity: "We expect to use our strong manufacturing capabilities and our extensive supplier network to continue to improve output rapidly."

Merck's pill, molnupiravir, was produced in greater advance quantities. It takes six months to manufacture, though the company said that can be compressed to five months if necessary.

However, final testing showed the drug was far less effective than Pfizer's pill and carried significant risks, including the potential for birth defects when taken by pregnant women. As a result, it is considered the last-choice option under federal guidelines.

Merck said it has delivered 900,000 courses of the drug and is on track to ship all 3 million ordered by the U.S. by the end of the month.

Since last month, the government has sent states enough Pfizer pills to treat 164,000 people, allocating them by population. That approach is coming under fire from some states with heavier caseloads.

"We need more of these drugs in order to make them alter the course of the pandemic and reduce hospitalization," she said.

State guidelines generally recommend doctors give priority for the drugs to those at the highest risk, including cancer patients, transplant recipients and people who have lung disease or are pregnant. New York's guidelines also recommend prioritizing certain racial and ethnic minorities, given their higher rates of severe illness and death.

States are distributing the pills differently.

In Michigan, all initial shipments went to 10 pharmacies in the hardest-hit areas. Pennsylvania, Maryland, Texas and many other states have distributed the pills more widely, so at least one pharmacy in each county carries the drug.

Despite the strict prescribing guidelines, some patients have been able to get the pills through luck and persistence.

Craige Campbell, a website manager from Desert Hot Springs, California, began leaving messages with his doctor immediately after testing positive for COVID-19 and developing a 101-degree fever. Despite having no underlying health conditions, he was soon able to get a prescription.

The only pharmacy dispensing the drug was more than an hour's drive away, so Campbell had a friend pick it up for him.

"I felt a bit privileged in a way," he said. "The odds that it would land in my plate in the right amount of time were pretty extraordinary."

At the same time, there is a shortage of antibody medications, the infused or injected drugs that can head off death and hospitalization. Only one of them, from GlaxoSmithKline, appears effective against omicron, and it, too, is being rationed.

Federal officials are limiting shipments of it to about 50,000 doses per week. This week, the government announced it is buying 600,000 more doses, on top of 400,000 purchased in November. 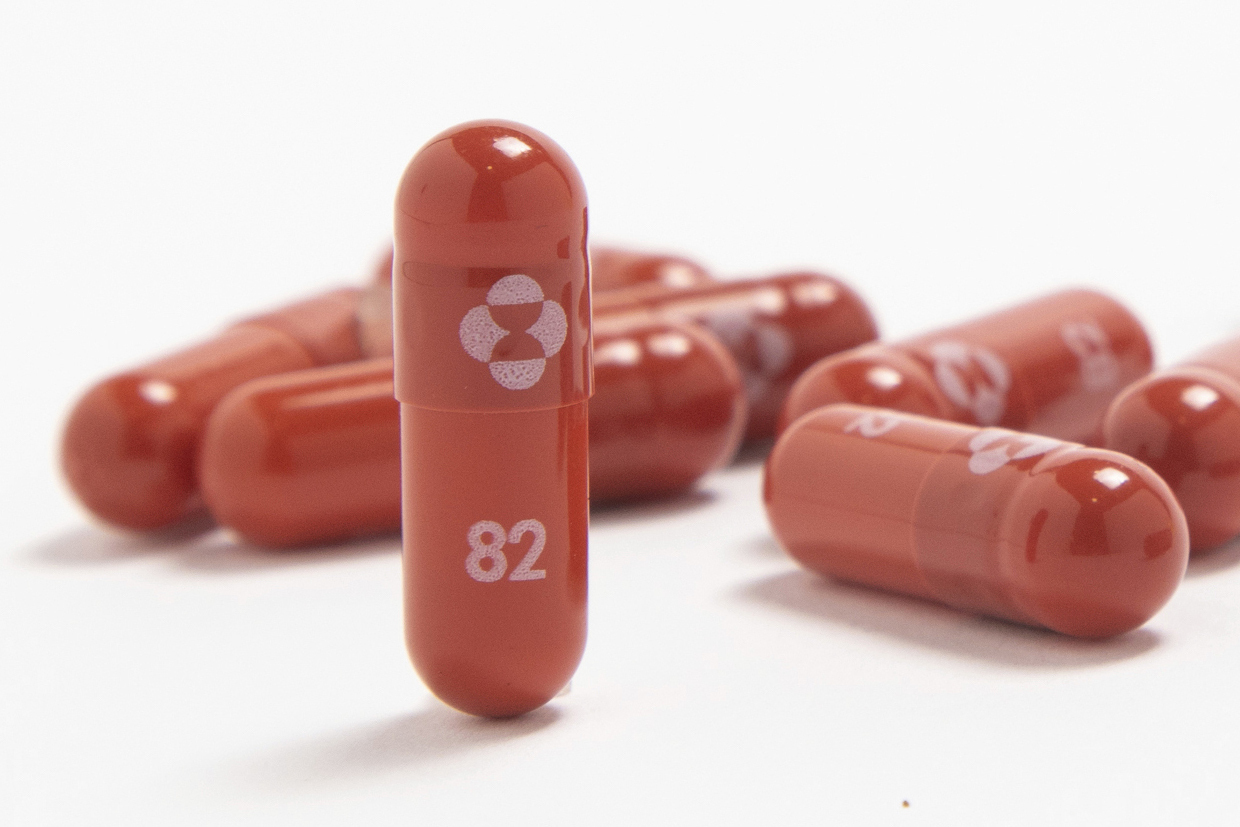 FILE - This undated photo provided by Merck & Co. shows their new antiviral medication molnupiravir. Pfizer's and Merck's COVID-19 pills that were supposed to be an important weapon against the pandemic in the U.S. are in short supply and have played little role in the fight against the omicron wave of infections. (Merck & Co. via AP, File)