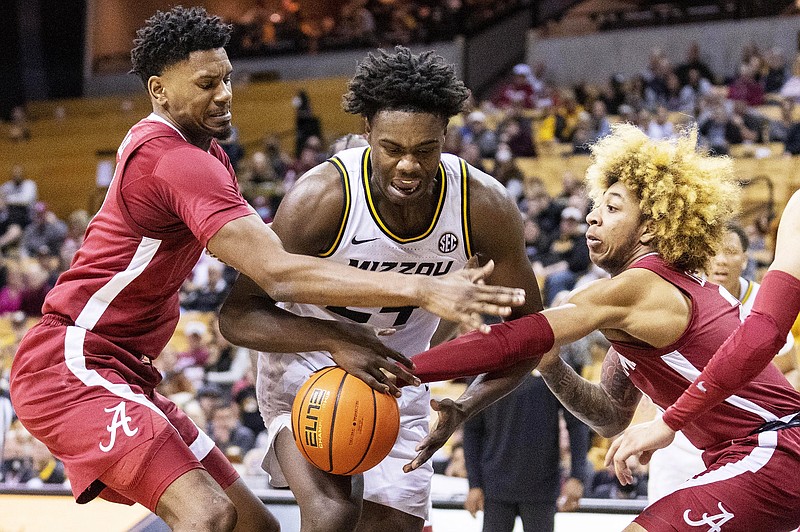 Brown is the first Tiger to receive the SEC men’s basketball weekly honor since Dru Smith was named player of the week Feb. 8, 2021.

In Saturday’s 92-86 home win against then-No. 15 Alabama, Brown recorded his fifth double-double of the season, leading Missouri with a career-high 30 points to go with 13 rebounds. Brown shot 9-of-13 from the floor, making a pair of 3-pointers.

Through 14 games this season, Brown leads the Tigers with 15.3 points and 8.8 rebounds per game. He ranks third in the SEC in both rebounding average and shooting percentage (52.4 percent).

Missouri’s win against Alabama was the team’s first victory against an Associated Press Top 25 program this season.

After opening the season 9-0, the Razorbacks have dropped five of their last six games.

The Tigers have lost their last three games away from Mizzou Arena by an average score of 83.7-55.3.