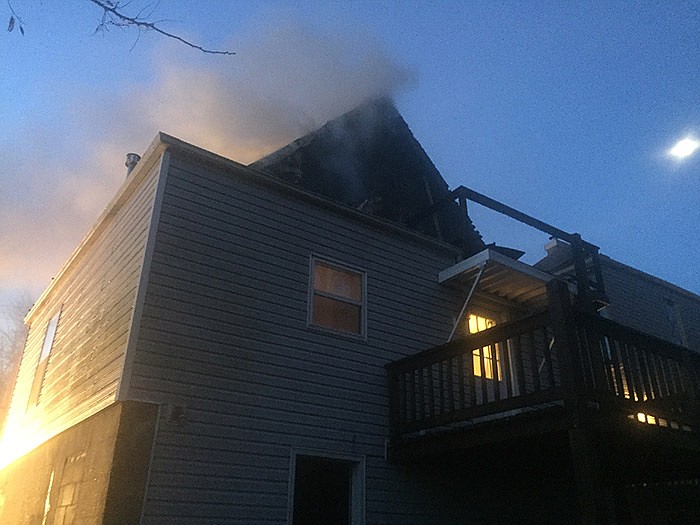 Smoke rises from a fire on a second-floor deck at a Jefferson City residence in the 200 block of Pine Street on Saturday morning, March 18, 2017.

When most people think of cyanide poisoning, they may relegate the risk to a character in a favorite spy movie or true crime documentary.

However, that same risk could befall someone who suffers from smoke inhalation due to a fire, officials said.

"For victims that become trapped inside a burning building, smoke inhalation often produces the greatest threat to life," Cole County EMS Chief Eric Hoy said in a news release. "Once inhaled into the bloodstream, cyanide binds to the body's cells and deprives the body's organs of oxygen."

In an effort to improve care for victims of smoke inhalation, Cole County EMS, with assistance from the Jefferson City Fire department, and joint Medical Director Dr. Joshua Stilley, have deployed a new medication to combat cyanide poisoning.

When given to patients rescued from a burning building, the new medication (hydroxocobalamin) can "dramatically increase" the chance of patient survival, according to authorities.

Hoy said timing is key as hydroxocobalamin is most effective when delivered within 15 minutes of exposure. The medication works by binding to cyanide found in the bloodstream and removing it from the body via the kidneys. This action then allows oxygen to reattach to the body's cells.