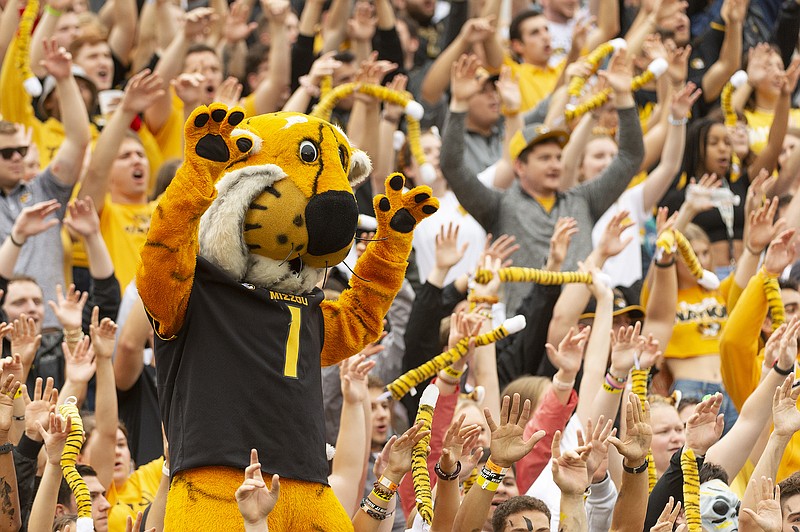 In this Sept. 21, 2019, file photo, Truman the Tiger gets the crowd going during Missouri's game against South Carolina at Faurot Field. (Associated Press)

And then there were seven.

The Missouri football team has added a seventh home game this fall as the Tigers will host the Louisiana Tech Bulldogs at Faurot Field.

“We worked hard to ensure a seventh home game,” Missouri athletic director Desiree Reed-Francois said. “It’s important to our football program, fans and local economy to have a full slate of games at Faurot Field.”

The game is scheduled for Saturday, Sept. 3. Start time for the game will be announced at a later date.

“I’m grateful to our administration and everyone involved in bringing a seventh home game to Faurot Field next season,” Missouri coach Eli Drinkwitz said. “Game day brings a fun energy to our city and our fans. We look forward to hosting coach (Sonny) Cumbie and the Bulldogs in September.”

The Bulldogs were 3-9 last fall. It will be the second straight year Louisiana Tech has opened the season at an SEC school. The Bulldogs dropped a 35-34 decision last season at Mississippi State.

Louisiana Tech was scheduled to open the season this fall with a game at Baylor. It was part of a three-game series against Baylor, which has now been canceled.