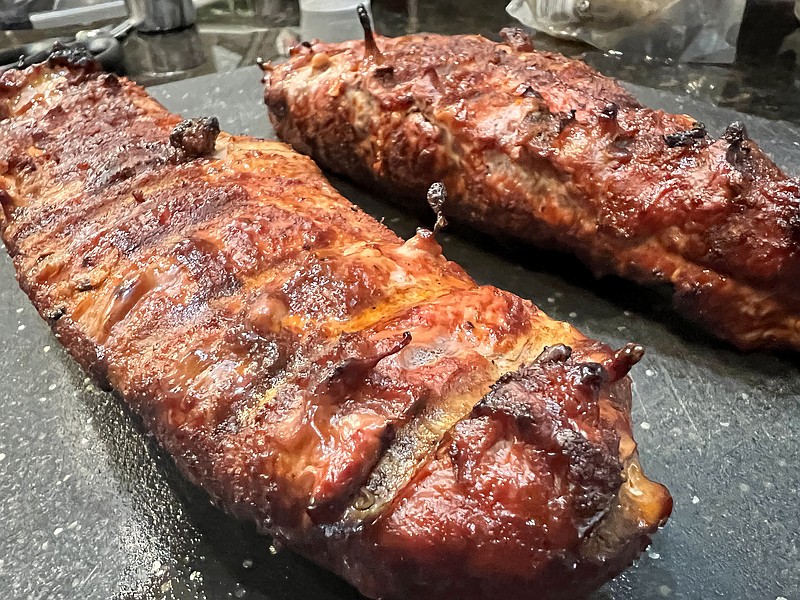 I really appreciate the value of well-prepared pork, especially when you look at the low cost of pork compared to beef. Also, pork is a clean culinary canvas with a lot of versatility that can handle almost only preparation and flavor. These sandwiches I describe today were so easy to make it's almost embarrassing to write a column about them, but on a positive note, they are so darn easy that if you wanted to impress your guests with a reasonably priced hoity-toity entree that is also really quick and delicious, this is your column.

This recipe uses the pork tenderloin as opposed to the pork loin. What's the difference? The tenderloin is much smaller and thinner. It's the muscle that runs along the backbone. The loin is much larger and runs along the back. The loin is traditionally where the chops come from, my favorite being the bone-in pork chop. But I digress. We use the tenderloin in this sandwich because it is much smaller and cooks quicker. I also used small buns as these mini-sandwiches were appetizers. The tenderloin is perfect for mini-sandwiches. If you are watching fat intake, both the loin and the tenderloin are considered "extra lean." And lastly, the pork tenderloin is known as the filet mignon of pork. Let's get started with this easy recipe, starting with the rub, which I make and keep on hand at all times.

Dave Lobeck is a financial advisor by day and a BBQ enthusiast on nights and weekends. He is also a Kansas City Barbecue Society (KCBS) judge. You can contact Dave with your BBQ and grilling questions at www.BBQ-My-Way.com.

Rub both tenderloins down liberally with the rub. Normally I would sear them off a bit on a flat top outside, but it was raining and I didn't want to hassle with it. I set the pellet smoker at 200 degrees Fahrenheit and smoked the tenderloins until the internal temperature hit 130 degrees at the thickest part of the tenderloin, which took roughly 90 minutes. I then cranked it up to 400 degrees and smoked it for another 10 minutes or so to create some texture and color. I then took the tenderloins off, layed foil over them and let them rest for five minutes or so before carving them. If you cut into them too quickly the juice flows out. I served them on a small roll which we cut in half, resulting in a small bun, with a dab of pepper jelly on each sandwich. They were a huge hit and I would highly recommend giving these simply hoity-toity smoked sandwiches a try.