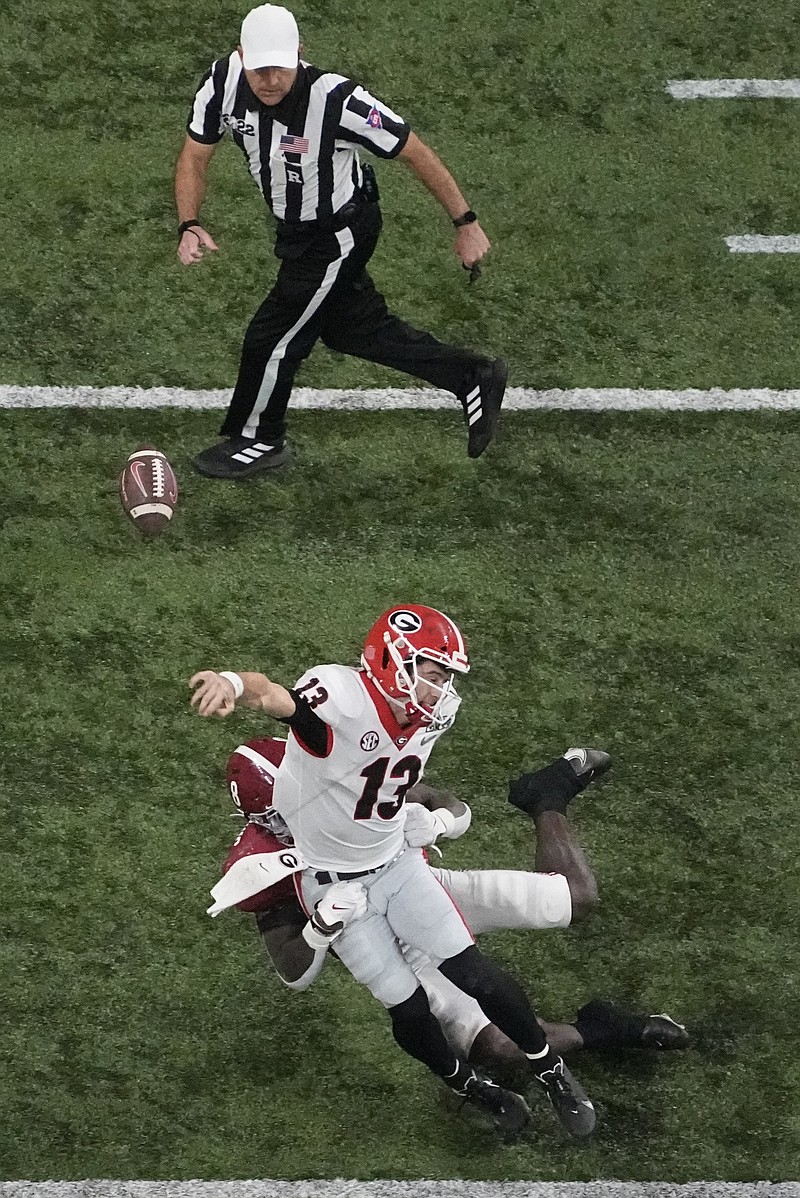 INDIANAPOLIS -- College Football Playoff expansion talks remain stalled and the possibility of implementing a new format by the 2024 season dimmed Monday after three days of meetings failed to produce an agreement.

“We have entrenched issues that are no closer to be resolved,” Big 12 commissioner Bob Bowlsby said.

While Bowlsby said it looked increasingly unlikely an expanded playoff would come before the end of the current CFP contract that expires in 2026, it was not ruled out altogether.

Everybody involved supports expansion, but they are hung up on the how and when.

Hancock said the management committee, comprised of 10 conference commissioners and Notre Dame’s athletic director, are still stuck on the same lingering issues: Whether conferences should have automatic qualification into an expanded field, and which ones; how bowls will be used as sites in a new system; and athlete health and welfare issues related to more games.

Mississippi State president Mark Keenum, who heads the Board of Managers that has final say regarding the College Football Playoff, said he remains optimistic an agreement can be reached in time to add playoff spots by the 2024 season.

“I think we’ll get there,” Keenum said.

There was hope initially an agreement could be reached soon enough to have it implemented for the 2024 season, two years before the current CFP contract with ESPN expires.

“I think it was received favorably. Since then we’ve spent time on it, some don’t like it now,” Bowlsby said.

Expansion before end of the contract has been estimated to be worth an extra $450 million for the conferences to split.

That came after the Pac-12 and Big Ten began calling for expansion of the playoff in 2018.

“Everybody is more concerned about their own silo than everybody else’s,” Bowlsby said.

Sankey said the SEC has already made a huge concession by agreeing to expand from the current four-team format.

“We were never asking for more than four,” Sankey said. “An enormous give has been to engage in the conversation and a willingness to shift. To ask two teams here today to play yet another game, that’s an enormous give and I cannot state that more clearly. And that’s been missed in this.”

The SEC is the only conference to be represented in the playoff during each of its eight seasons. Monday night’s game marked the second time two SEC teams have played for the national championship. No other conference has had that.

“That give was because we have to have college football supported nationally. It is a national championship,” Sankey said.

Hancock had previously tried to set a deadline of sorts, saying if the commissioners could not come to a consensus on a new format by these meetings, expansion could not happen until after the current deal is complete. The playoff field would remain at four teams until 2026.

But Keenum said the commissioners will get together again in the next few weeks to keep working on a plan that everyone can support.

The meetings in Indianapolis were the seventh time the commissioners have gathered in in-person to discuss expansion since the 12-team format was made public in June.

Bowlsby compared the process since to the movie “Groundhog Day,” where every day repeats for the main character and called it “frustrating.”

“Not trying to resolve issues is not an option,” he said. “Whether they can be resolved is an open-ended question.”