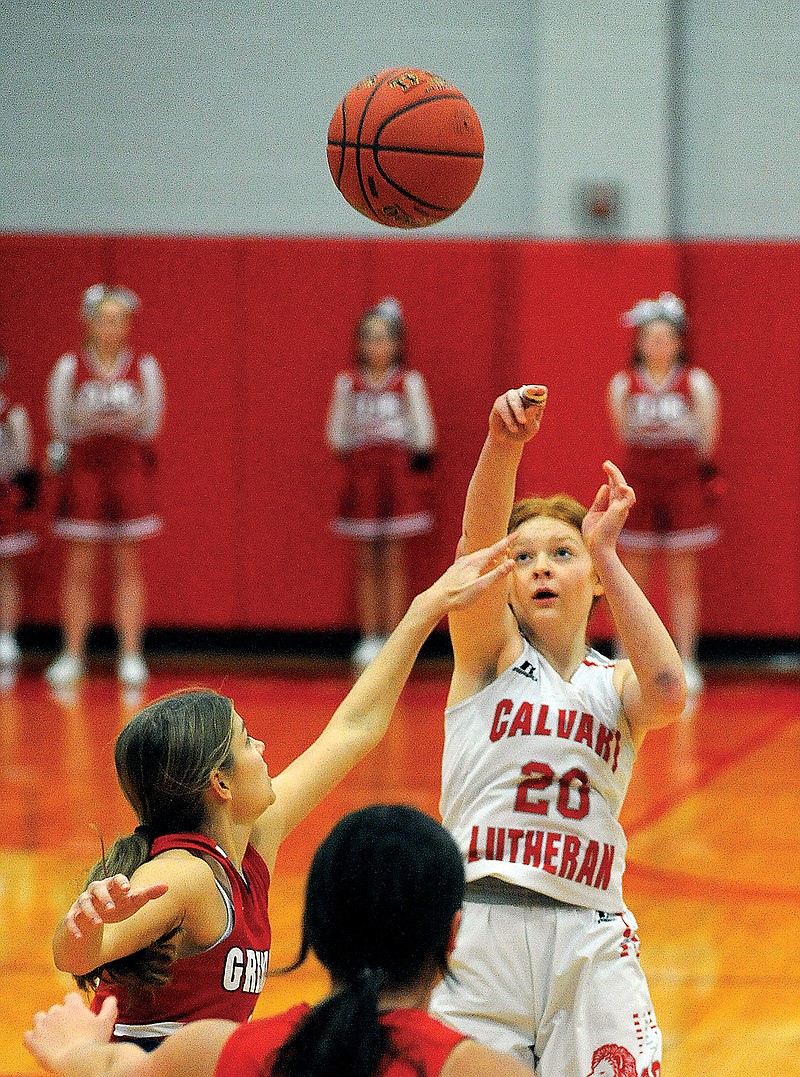 It was a slow start for the Lady Lions, as they turned the ball over 13 times in the first quarter. This allowed Sacred Heart to jump out to a 15-0 lead in the first four minutes and take a 19-1 lead into the second quarter.

“We are youthful and we are still getting a lot of things figured out,” Calvary Lutheran coach Ty Morris said. “They were aggressive on defense and came out quickly. We had three games over the weekend and just did not come out of the gate how we would have liked. We had a girl out with an injury, so we had some girls playing positions they don’t normally play. There was a combination of reasons for our slow start.”

Sacred Heart (9-6) played the game in its 2-3 zone. The Lady Gremlins were able to pressure the Calvary ball-handlers and it led to them getting out in transition early and often. In transition, Sacred Heart was led by junior guard Emma Siron. Siron led the way by finding whoever was open and getting them the ball on time.

The Lady Gremlins were led in scoring and rebounding by Ellie Coruna who found herself on the receiving end of many assists from Siron. Coruna finished the game with 23 points and 13 rebounds and shot an impressive 11-of-19 from the field.

The Sacred Heart transition offense led to an offensive explosion in the second quarter, tallying 22 points to take a 41-12 lead into the break.

“The message at halftime was that we are down, but we are not going to quit,” Morris said. “We need to get up and we need to fight and play hard. Stop stressing about the game so much and let’s go have some fun. Let’s not get down and get worried and let the game affect us. We just needed to calm down and play basketball.”

The loss drops the Lady Lions to 2-9. It has not been the start to the season that Morris and his Lady Lions would have asked for, but they know there is a lot to learn from a game like this.

“That was a team that passed the ball well and ran its offense the way we want to,” Morris said. “They have a lot of juniors and seniors on their team and that is what experience will provide. That’s the message for our ladies because we have a lot of freshmen and sophomores: if you guys keep buying in and keep working, that is what the product on the floor is going to look like. They are a good team and they played really well.”

Calvary Lutheran was led on offense by sophomore forward Sydney Morris after scoring 16 of her team-high 19 points after halftime. She also had a team-high with nine rebounds and was the main source of energy for the Lady Lions in the second half.

“She got a couple of quick fouls in the first quarter and that really affected her first half performance,” Ty Morris said. “If you get two fouls that quick, it can make a player get hesitant. At halftime, we told her that she needs to be more aggressive, and once she got back to that, things started getting easier for her. That’s her style of play and she was effective once she got back to that.”

The Lady Lions will be back in action next Monday when they travel to take on Eugene (6-7).