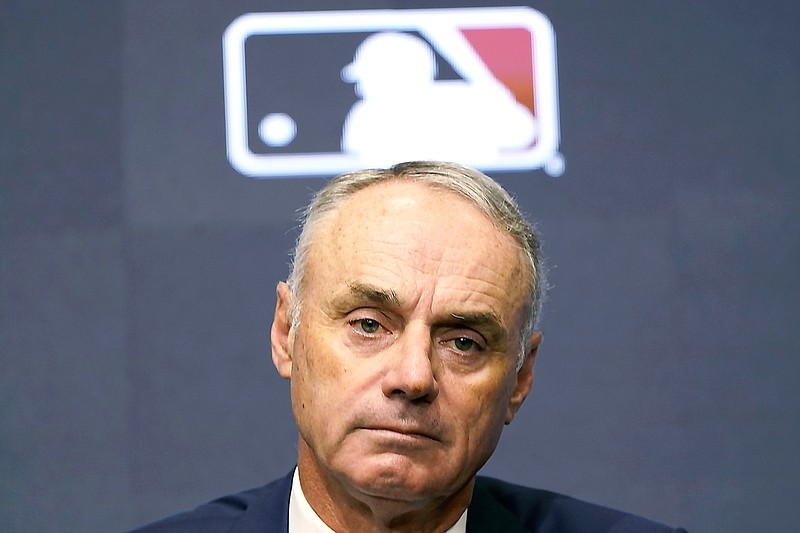 Today marks the 40th day of Major League Baseball’s lockout of its players and the two sides are no closer than they were when it started.

On Dec. 1, MLB and its Players Association met for one final time, trying to strike a deal on a new collective bargaining agreement before the midnight deadline set for that night. Cameras caught each side walking into a Dallas hotel, only to see the MLB negotiators walking back out of the hotel after a not-so-promising seven minutes of deliberation.

The two sides were nowhere close to a deal and the lockout began. This started a series of petty actions from both MLB and its players. Faces of every player have been erased from MLB.com’s web page, as if they never existed. The players responded on social media by embracing the faceless images and making jokes of the situation.

Even though this lockout has looked more like a high-school dispute at times, those normally get resolved in a more timely fashion.

What issues could these two sides be on such opposite sides about? The answer is there are many items both sides want to see fixed before a deal is agreed upon.

The players’ union is refusing to negotiate to MLB’s terms unless there are changes to the six-year service time requirement for free agency, arbitration system and revenue sharing. The players want more money and freedom going to their younger players through a variety of rule changes. These requests have fallen on deaf ears.

MLB is worried about economical issues, because of course it is, and is unwilling to negotiate changes to the players’ concerns. This led to the infamous seven-minute negotiation and is still the leading issues in the lockout more than a month later.

Pitchers and catchers are scheduled to report to spring training a little more than a month from now and MLB is showing no concern as to what could happen to the sport if a deal is not made soon.

Popularity of Major League Baseball has been on a steady decline for many years. World Series ratings have mirrored this notion and hit an all-time low in 2020.

Looming speculation on when the 2022 season will begin and what it will look like can only hurt the popularity of a sport’s already diminishing fan base. This does not seem to be the main concern of anyone involved though.

We have seen Major League Baseball struggle with negotiations for the 2020 season after COVID-19 delayed the start to the season and back in 1994 when its players went on strike right before the playoffs, canceling a highly-anticipated postseason.

MLB saw its popularity take a dip in both instances, but it could be looking at a much longer-term issue if negotiations are to disrupt the season this time around. Baseball has a much older average viewer than its competitors and has struggled to capture the attention of the younger demographics.

If older baseball fans are pushed away from the sport due to the billionaire owners and millionaire players not coming to an agreement in time, MLB is going to struggle to replace its older viewers with a younger audience.

This is something that should make baseball fans across the country worry. America’s pasttime is at a crossroads that could be detrimental to the sport. The question is, do the players and the owners understand how much their stubbornness can change things long-term?