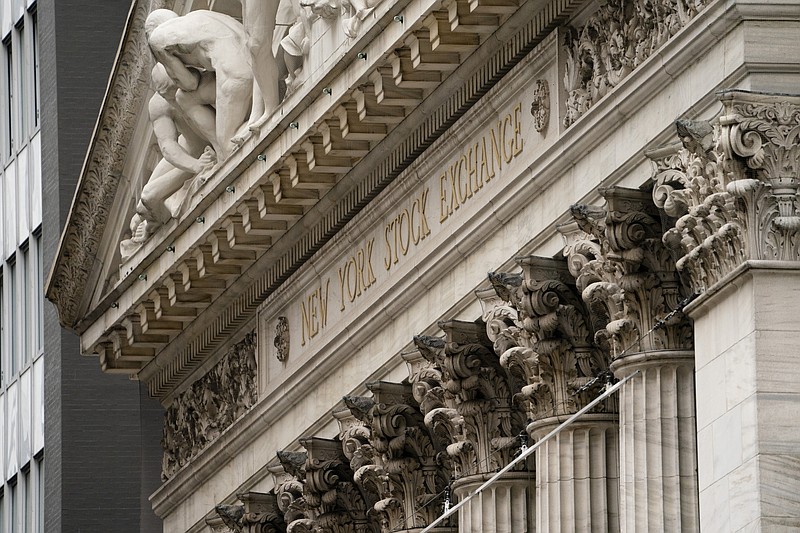 Technology and health care companies helped pull stocks lower Thursday on Wall Street, driving the market indexes deeper into the red for the first week of the year.

The S&P 500 slipped 0.1 percent after wobbling between gains and losses for much of the day. The Dow Jones Industrial Average also gave up an early gain, shedding 0.5 percent. The tech-heavy Nasdaq fell 0.1 percent a day after posting its biggest drop in nearly a year.

Bonds continued to climb. The yield on the 10-year Treasury rose to 1.73 percent, the highest level since March. It was 1.70 percent late Wednesday.

The selling followed a broad slide for the markets Wednesday, when the Federal Reserve indicated it was ready to raise interest rates to fight off inflation.

"Investors are continuing to readjust their holdings to reflect the expectation of a more aggressive Fed down the road," said Sam Stovall, chief investment strategist at CFRA.

Stocks have been choppy this week as traders reacted to the big rise in bond yields. The S&P 500 and Dow both set all-time highs on Monday, only to lose ground in subsequent days. The major indexes are now on pace to post weekly losses.

Investors have been closely monitoring rising inflation's impact on consumers and businesses. They have also been watching the Fed's plans to dial back its ultra-low interest rate policies. Minutes from the central bank's meeting in December showed that policymakers expressed concerns that inflation, which has surged to four-decade highs, was spreading into more areas of the economy and would last longer than they previously expected.

The central bank has already said it will accelerate the reduction of its bond purchases, which have helped keep interest rates low. Investors are watching for the impact from that pullback and gauging how quickly and how often the central bank will raise its benchmark interest rate.