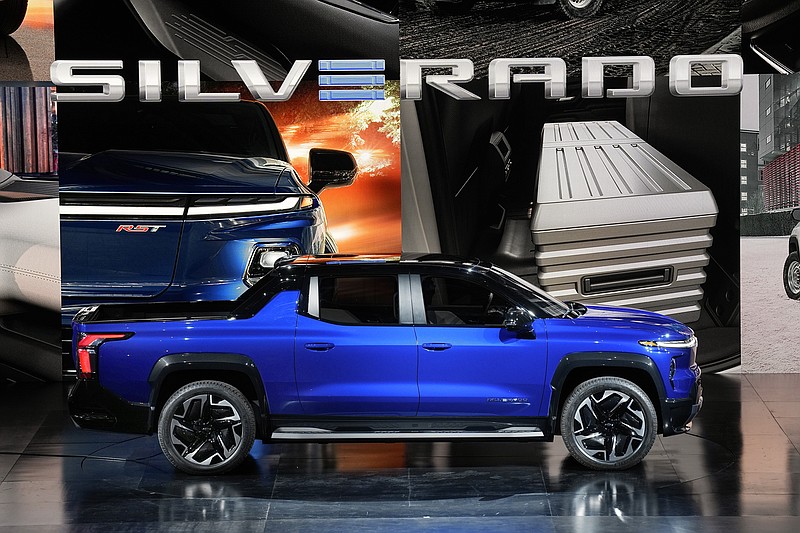 General Motors, normally the top-selling U.S. automaker, officially unveiled the Chevrolet Silverado EV Wednesday with a virtual press conference at the CES gadget show. Work truck versions go on sale in the spring of next year, followed in the fall by a high-end consumer version.

Industry analysts said the intense competition in the electric pickup market means battery-powered vehicles are moving into the mainstream after years of confinement to luxury or smaller vehicles.

Pickups are among the most popular vehicles in the nation. Ford's F-Series is traditionally the top-selling vehicle in America, followed by Stellantis' Ram pickup and the Silverado. Automakers sold more than 2.3 million big pickups last year, about 15 percent of all vehicles sold in the U.S. Many go for more than $50,000 and are a huge source of profits and jobs with the automakers.

However, converting buyers from gas and diesel powered V8 and V6 engines may be a tough sell, especially for those who need the trucks for work.

"These are very loyal buyers, and they're not only loyal to the brands, they're loyal to the engines," said Jeff Schuster, president of global forecasting for LMC Automotive, an industry consulting firm. "They know all the specs of what they're driving as well. They definitely tend to be motorheads or gearheads."

Brian James, who works for a Birmingham, Michigan, company that supplies heaters and dehumidifiers for construction sites, said an electric truck wouldn't work for his business, which has clients in four states.

Some days, they drive more than 400 miles one-way to deliver heaters.

"I go there. I deliver two heaters, and I've got to drive back," James said Tuesday at a housing subdivision under construction near Ann Arbor, Michigan. "How long is it going to take me to charge the batteries?" for the return trip, he asked, also wondering where charging stations would be located.

GM said the new Silverado EV has all the answers. It's planning to sell the truck's roomier cabin and better handling than its combustion trucks. The Silverado, and competitors, also have the ability to power tools on the job site, tow trailers and even power a house when the electricity goes out.

The initial Silverado work truck, and a version for consumers that comes out in the fall of 2023, will be able to travel 400 miles on a single charge. It can handle direct-current fast chargers and get up to 100 miles of range in 10 minutes.

To ease anxiety over running out of juice, the truck will map a driver's route, showing the optimal charging stations along the way, said Nichole Kraatz, chief engineer on the truck.

"It's really important that we integrate that for the customer so they don't feel that pressure and pain point and anxiety about not having enough charge to get through their drive," she said.

GM wouldn't say the price of the first work truck, but said the early retail version, the RST, will start at $105,000. Lower range versions will become available later, starting at just under $40,000, about the same price as the electric trucks from Ford and Tesla.

The $105,000 truck is fully loaded, and although it's about the same size as a gas-powered Silverado, it's got more interior space and better front sight lines, Kraatz said. The truck is built on GM's modular "Ultium" platform on which the company build a number of vehicles, lowering development costs.

CEO Mary Barra said in her address at CES a $30,000 Chevy Equinox small SUV on the same underpinnings is coming in 2023, as is a slightly larger Blazer SUV.

The Silverado EV looks sleek and doesn't have the high hood with a huge mean-looking grille that come with the gas Silverado. Electric vehicles don't need grilles to send air to cool the radiator.

Majoros said GM research has shown the EV will appeal to existing truck owners, but also to people who are new to the segment and electric vehicles.

"If you have something that's purpose-built, that still has that sense of strength and confidence but isn't over the top, I think that's the right place to be," he said.

GM said it has the flexibility to make work and off-road versions look brawnier. 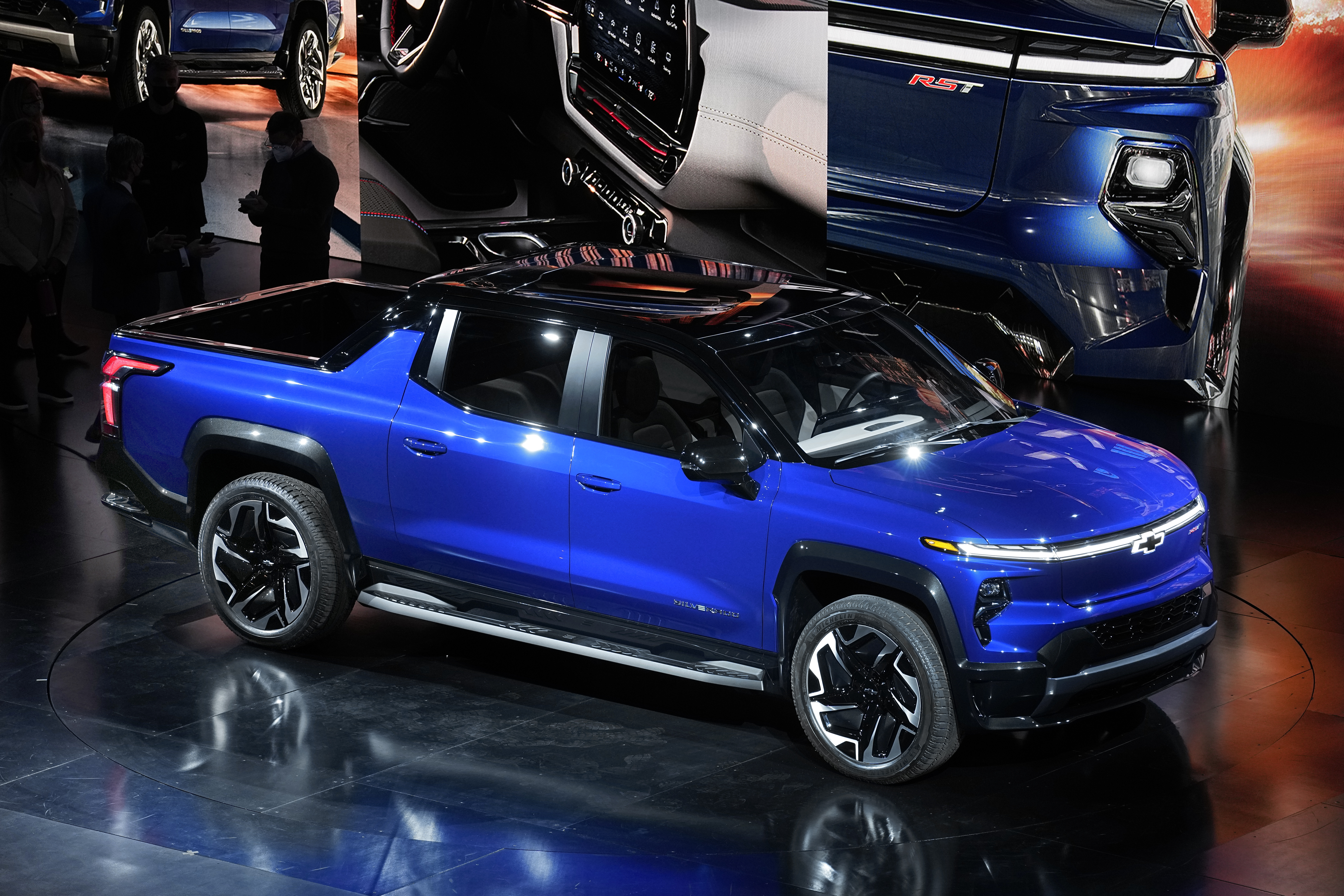 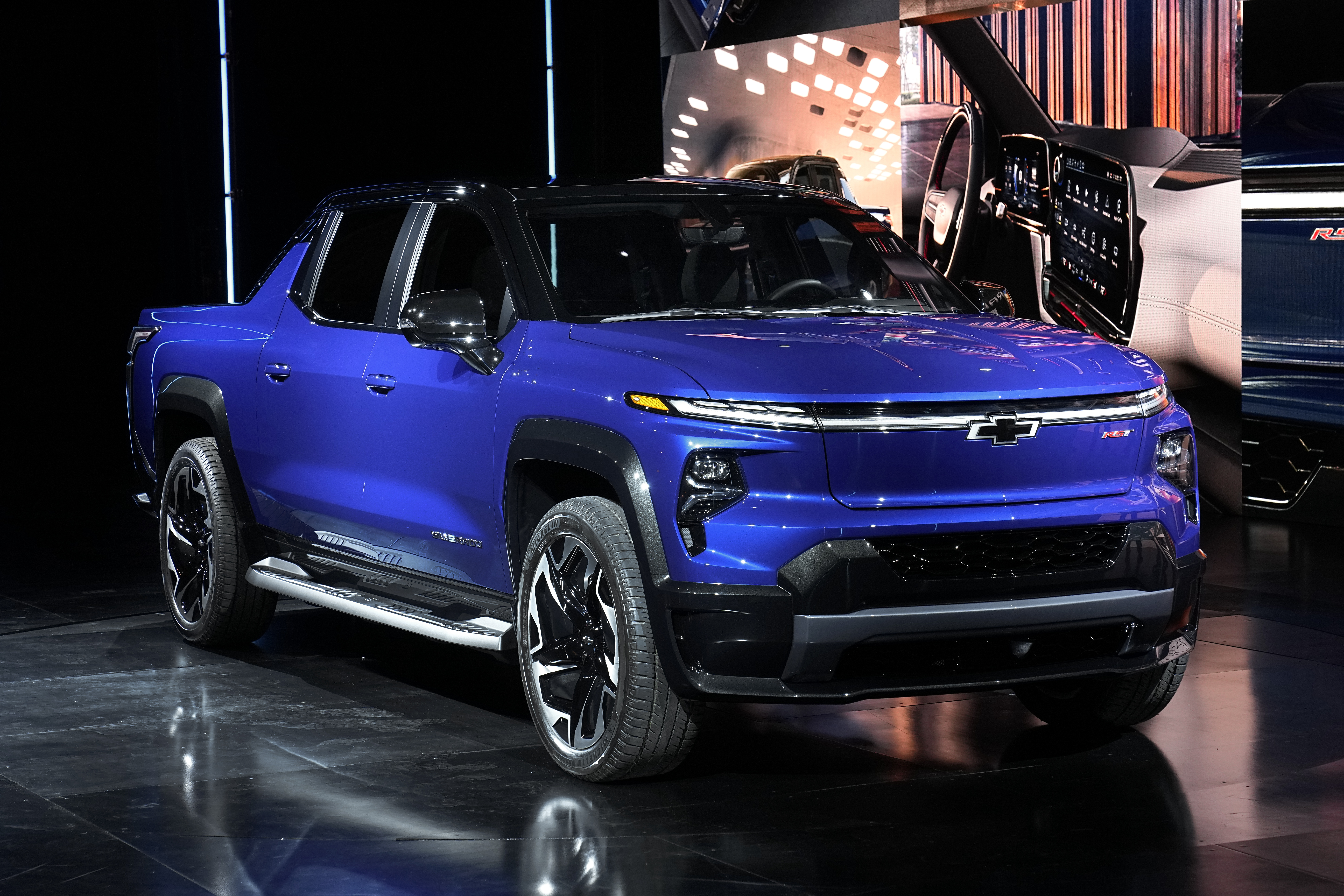 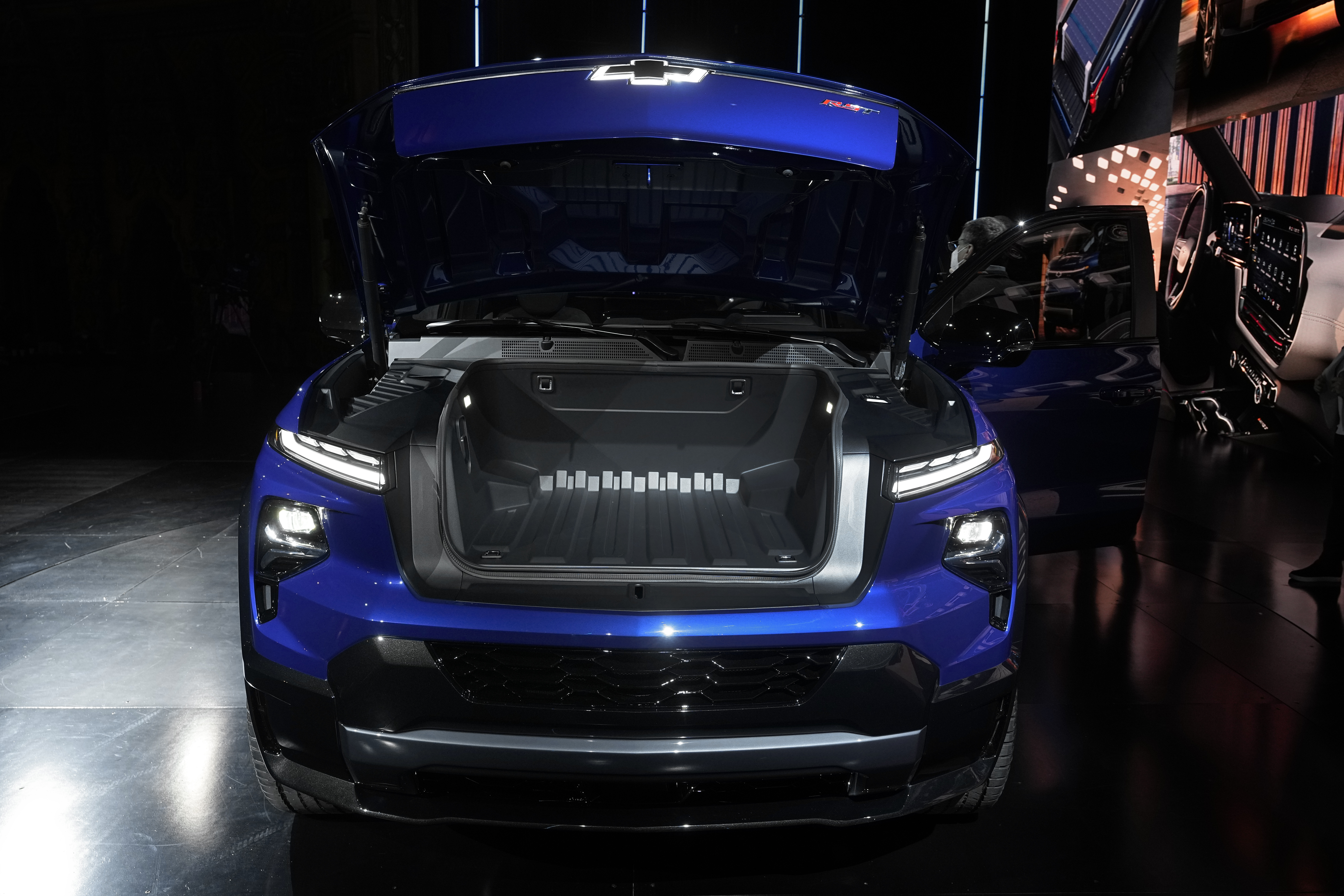 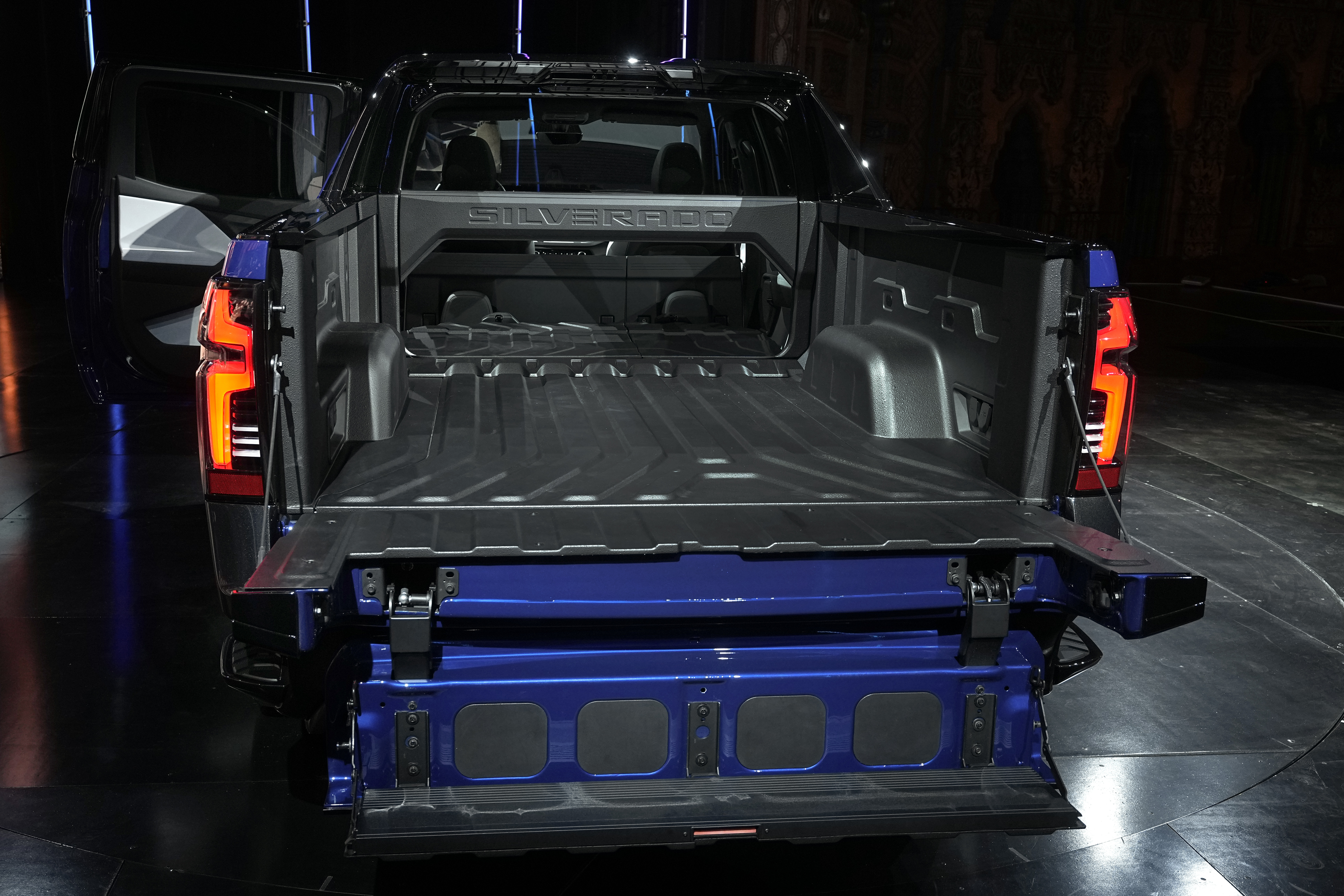 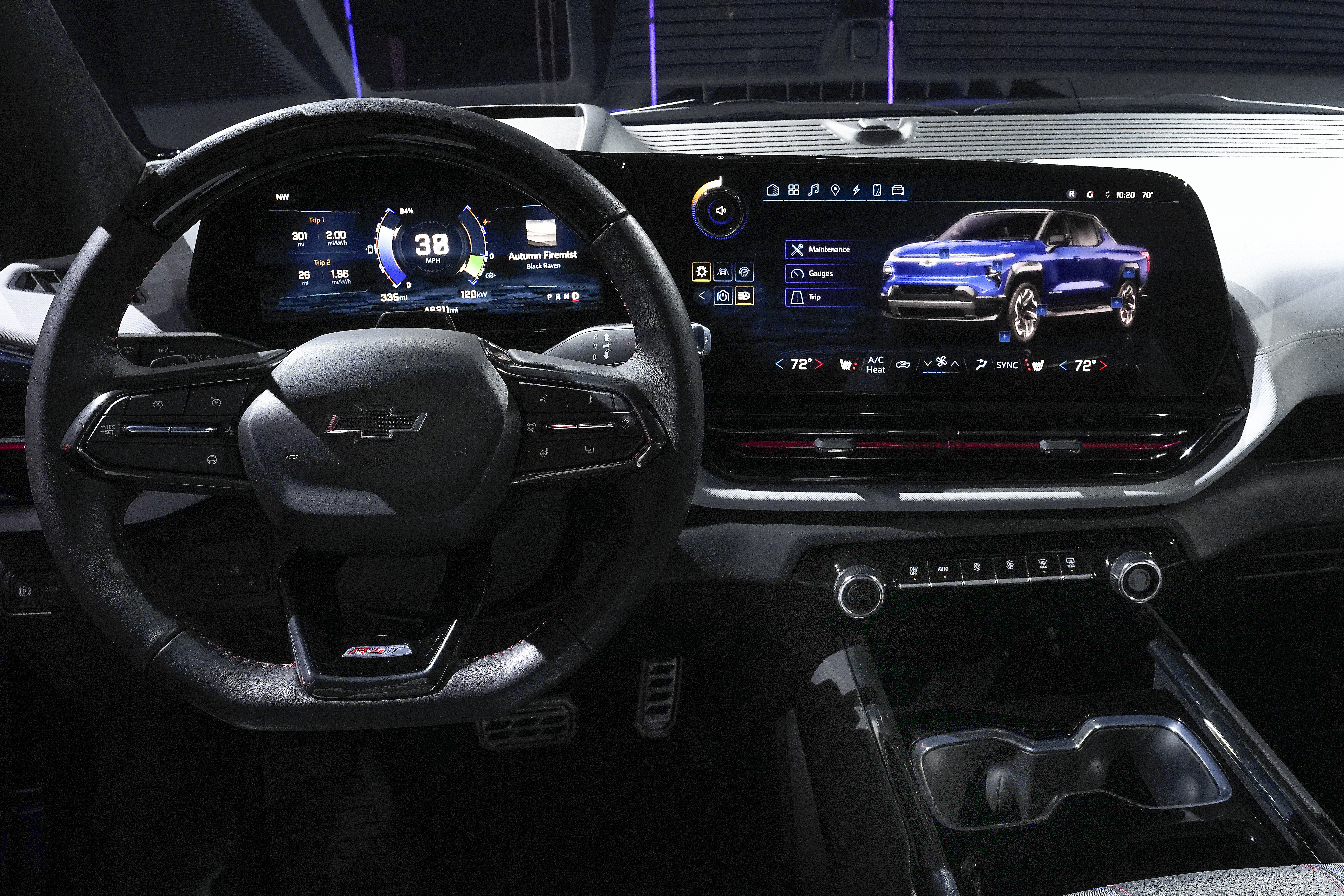 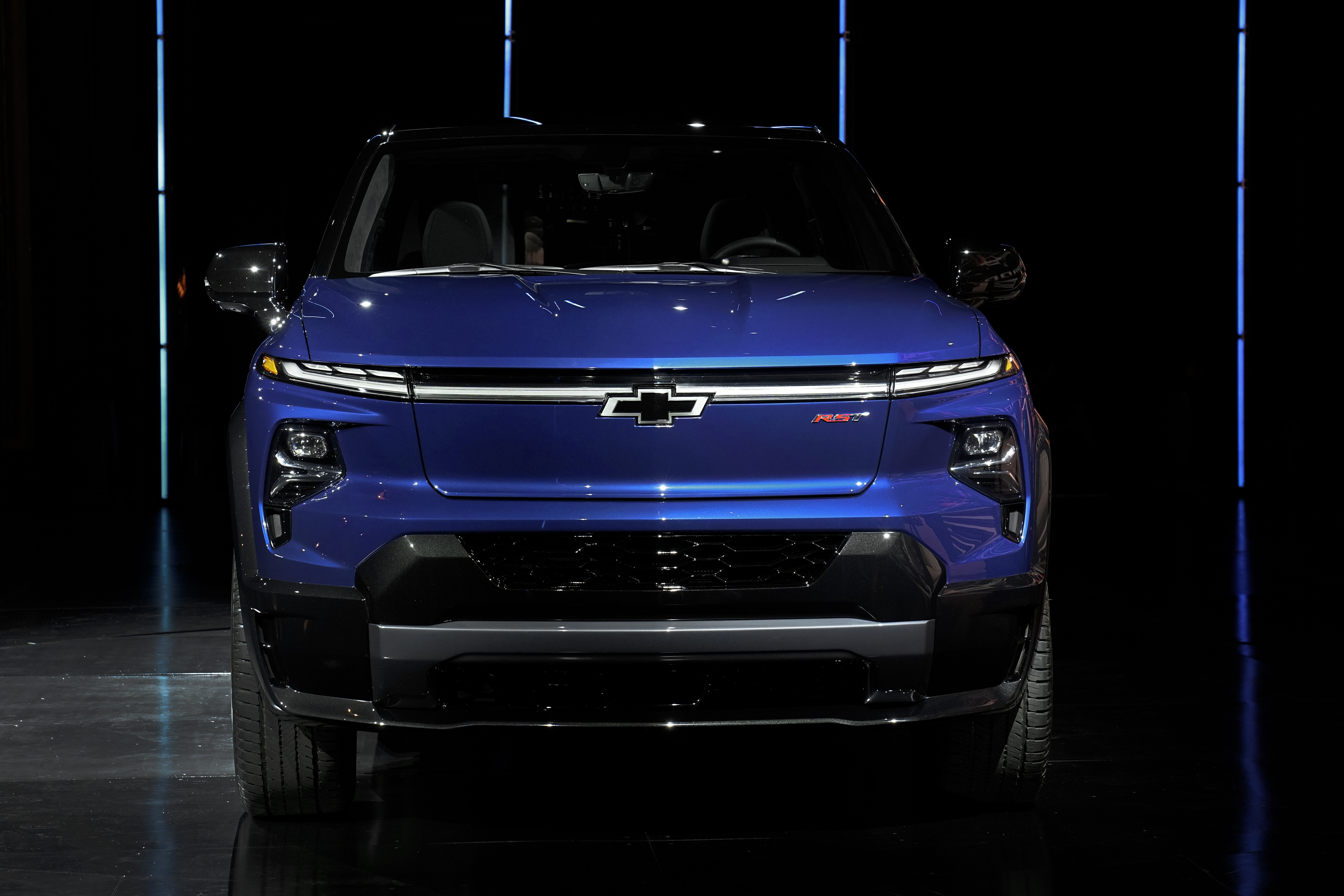