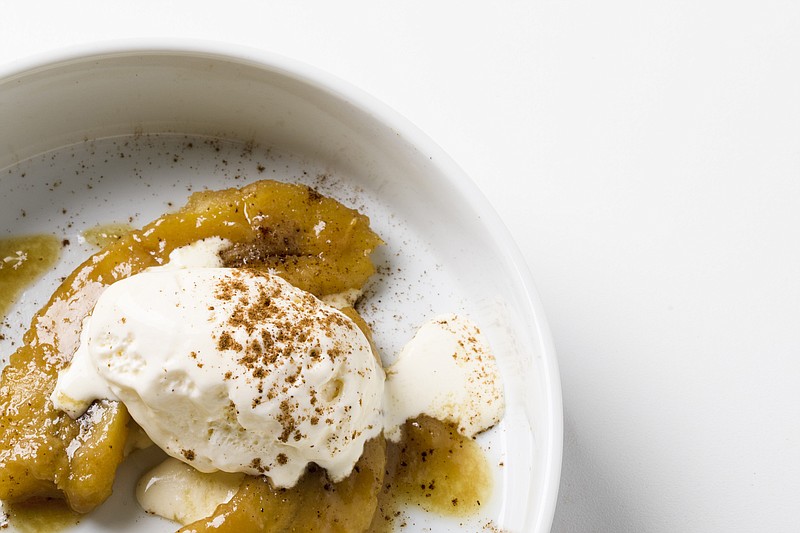 Settle into the new year with a bang -- or how about a flambé?

The appropriately festive bananas Foster was invented in 1951 at Brennan's on Bourbon Street in New Orleans, where fortunes were made importing the tropical fruit. Torching a mixture of brown sugar, rum and liqueurs creates a delicious caramel on this American classic, usually served with vanilla ice cream melting into the warm sauce.

The trouble is, it can be exceedingly sweet. So we went in search of balance for a big-flavor update. For this recipe from our book "COOKish," which limits recipes to just six ingredients without sacrificing flavor, the solution was miso. The Japanese fermented soy paste may sound odd in a dessert, but using a touch of it in the sauce balances the sweetness with a delicious savoriness.

Honey instead of sugar adds floral nuance that complements the miso. We use spiced rum as a one-ingredient way to infuse the buttery sauce with peppery flavor and aroma.

Cooking the fruit in a skillet may not offer the flash of setting it on fire tableside, but doing so concentrates the flavors in the banana.

In a Dutch oven over medium, melt the butter. Stir in the honey and miso. Add the bananas and cook, stirring carefully so as not to bruise the bananas, until the sauce is slightly darker in color, about 2 minutes. Off heat, pour in the rum. Return to medium and cook, stirring carefully, until the alcohol no longer smells raw, about 2 minutes. Divide the bananas and sauce among four serving bowls, then top with ice cream. 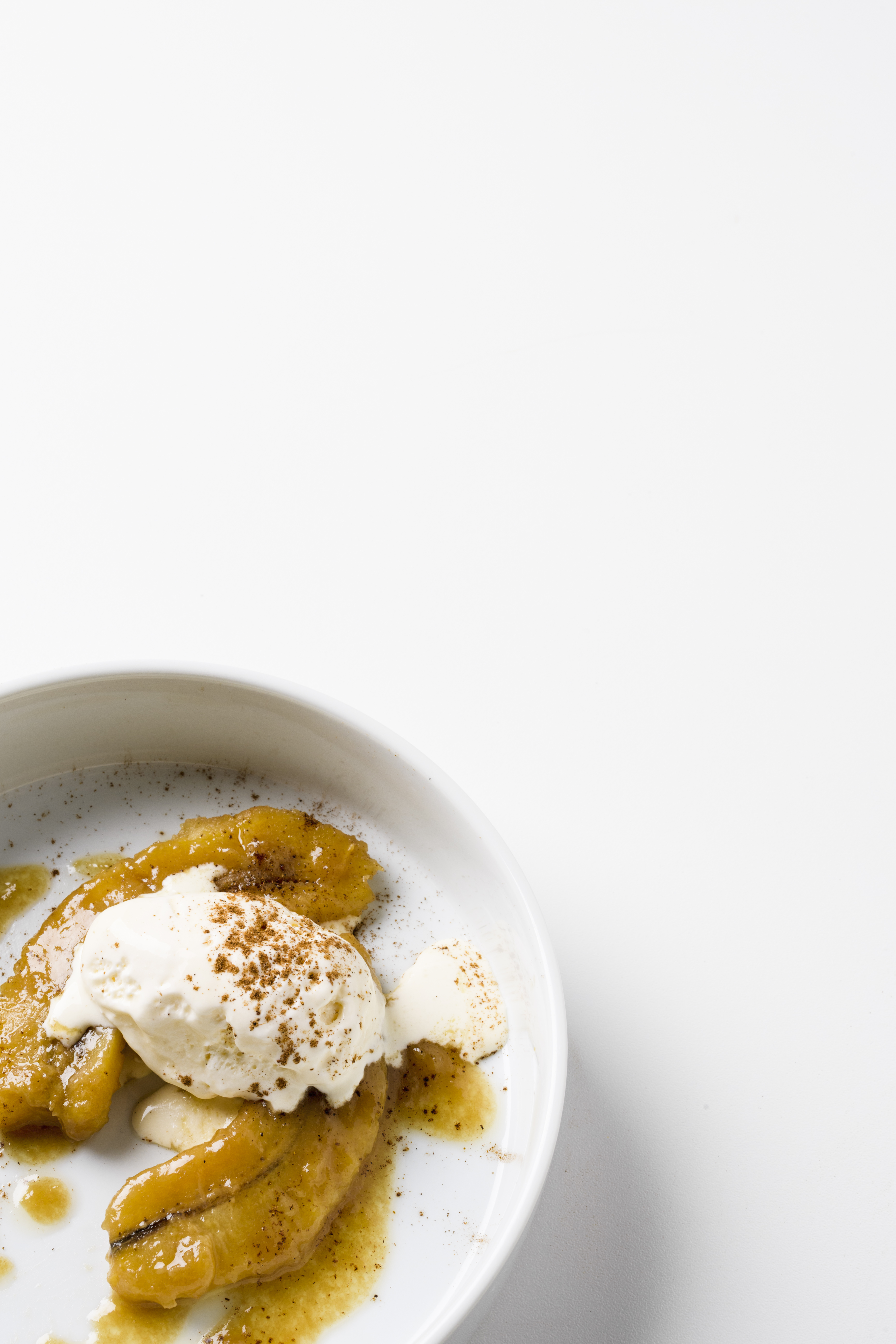 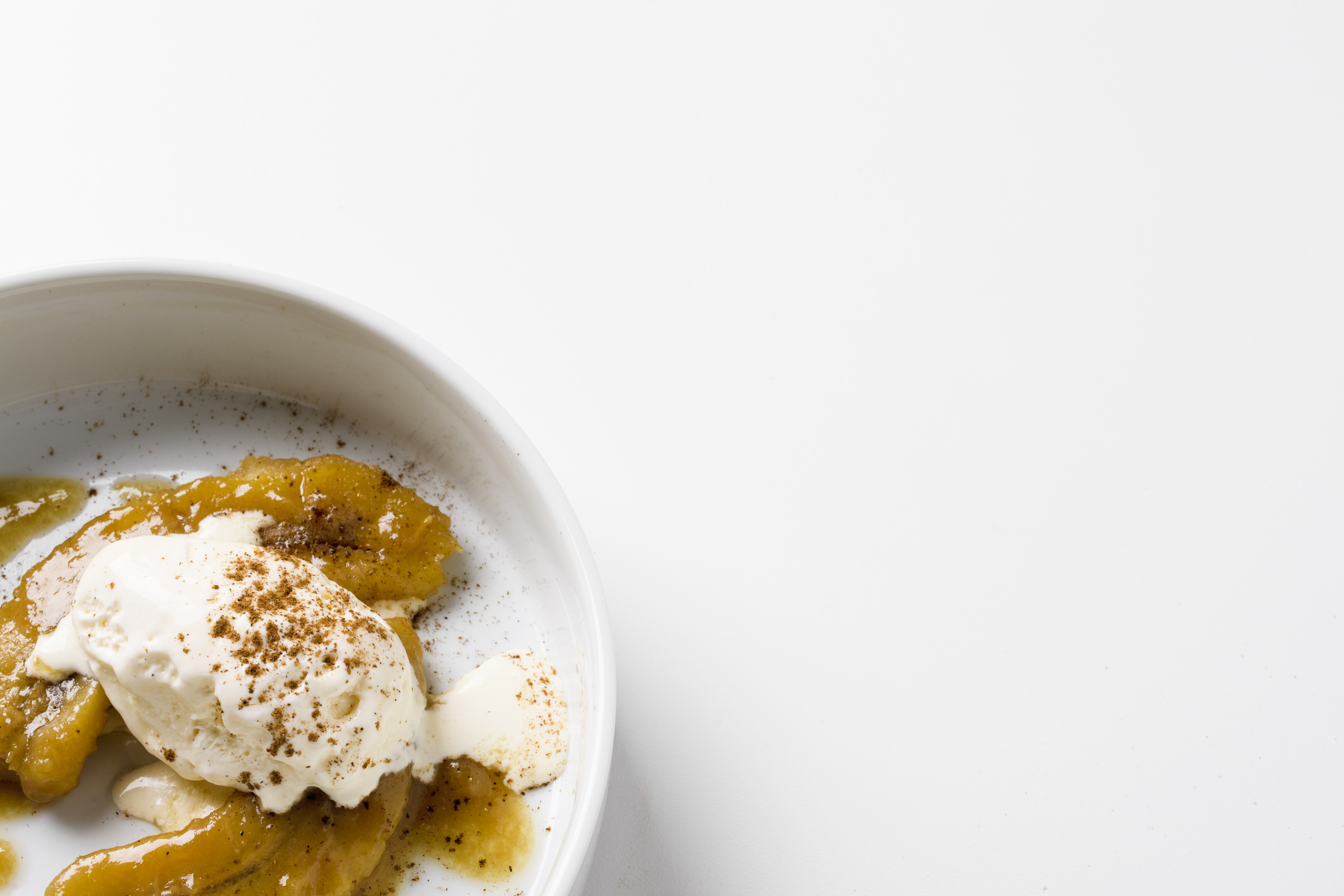