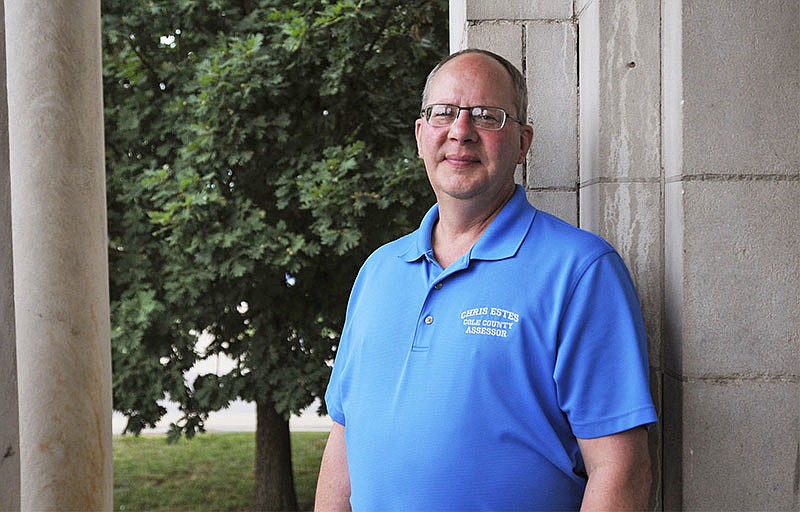 A feud between the Cole County Commission and the county assessor that has spanned more than a decade has spilled over into more frequent and public arguments in which the public officials are accusing one another of lying and childishness.

The frustrations behind the conflicts, in part, are due to the statutory relationship of the officials. The commission controls the assessor's budget, but the assessor is an elected position and doesn't report to the commission.

Most recently, the contentious exchanges are driven by the commission's concerns about assessment trends.

Since 2009, assessments have been stagnant to declining, commissioners note. And the ensuing effect on county operations has been problematic.

However, the contentious nature of the relationship hasn't been confined to how much money his assessments are yielding. Arguments have ensued over how he used county funds, as well as charges the county charged his office for administrative services or equipment.

Cole County Assessor Chris Estes took office in November 2007 when then-Gov. Matt Blunt chose him to fill out the term of Shawn Ordway, who left to accept a position with the Missouri State Tax Commission. Since then, he has been up for election in 2008, 2012, 2016 and 2020, and he has been re-elected each time.

But the confrontations began a short time after that first appointment.

In January 2010, Estes begrudgingly paid an $83,000 bill for computer services at his office; he contended the County Commission didn't have the authority to charge his office for computer and technology services provided by the county.

Then-Presiding Commissioner Marc Ellinger said it was a simple issue of Estes using computer services the county provided and, like any other service, Estes was obligated to pay it.

Ellinger also said it was the commission's belief there was no state statute that would allow Estes not to pay the bill.

Estes refused to authorize transfer of money from his office's assessment fund to pay for his share of IT expenses. The commission ordered the services turned off on Jan. 2, 2013.

Estes sued the county and initially asked for a temporary restraining order to have his services turned back on. The county consented to the order, and the services were restored while the lawsuit proceeded.

Kinder's ruling was appealed to the state's Western District appeals court in Kansas City and in 2014 the Appeals Court upheld the Circuit Court judgment. Estes' attorney filed a motion to transfer the case to the Missouri Supreme Court to continue appealing, but the Supreme Court denied the motion.

In May 2014, Estes told the County Commission he had lost 65 years of experience in his office since 2013 when some key employees left, in part, because of the commissioners. He asked the commissioners to allow him to raise salaries for his staff.

"It's been like this for seven years," Estes said at the time. "I talked with my employees, and they said they were leaving because the commission didn't want to reward their work."

The commissioners laughed at the allegation.

Commissioners said they had talked with outgoing assessor employees, who made no such comments.

The commission did approve a salary increase for the assessor's staff because Estes used budgeted money from vacant positions he had not filled to fund the increase for existing employees that year.

In March 2016, the commission suggested Estes had inappropriately spent county money for what amounted to political advertising for himself.

Estes had run ads in the News Tribune to remind county residents to turn in their property tax assessment forms before the state's March 1 deadline.

Estes said the ads were informational, not political, and saved taxpayers money.

Commissioners noted the ads included a photo of Estes and were running a few months before the August primary, in which he was running for re-election.

The county paid the amount that had been appropriated in his budget for advertising, which was around $800.

The assessor does not have a discretionary fund, and county officials at the time said it was illegal to contract for goods or services without going through the commission to vote and approve. The commission said Estes was personally liable for the rest of the bill, which was around $2,400.

The most recent examples of acrimonious exchanges between commissioners and the assessor have centered around stagnant assessment values of property in the county, as well as commissioners' access to appraisal information of county properties.

During a budget hearing earlier this month, Western District Commissioner Harry Otto had raised previous concerns he had over property assessments, suggesting Estes had not properly done reassessments of several properties for several years.

Estes responded that the state tax commission had not found any problems with his office.

Near the end of the hearing, Estes asked Otto to remove himself from access to a computer program in Estes' office.

The program Estes referenced was Computer Aided Mass Appraisal (CAMA). Estes said it stores information about individual properties that the assessor uses to conduct an appraisal. It runs calculations on the information that is in there.

Estes said if Otto had access to that program, "How would I know whether or not if he (Otto) was making changes to information in there?"

Otto said the information on the system is public and his access was "read only," which would mean he couldn't change numbers.

However, Estes said Otto's access to the system was a violation with the Secretary of State's Office.

"You can check on that if you like," Estes told Otto.

Otto said he would.

During a Dec. 14 commission meeting, Otto publicly asked Estes if he had gotten a letter from the Secretary of State's Office.

Estes said he "possibly" had.

"Did he possibly correct you on a statement you had made before the commission?" Otto asked.

Estes told Otto if he wanted to talk more about the matter to set up a time where they could meet at his office.

"Did you or did you not accuse me of breaking the law and if I didn't believe you I should check with the secretary of state's office?" Otto asked Estes.

"I misspoke, I meant the state auditor," Estes said.

"Isn't it fair for them to tell you you misspoke in a letter," Otto asked.

"Is it really that big a deal," Estes asked.

But the confrontation over the software system didn't end there.

At the Dec. 21 commission meeting, Otto brought the matter up again.

Otto said he checked with the state auditor's office who told him they don't give legal advice. Otto asked Estes if he could say who he talked to at that office.

Estes said he didn't talk to anyone in that office.

"So your story about me breaking the law was inaccurate?" Otto asked.

"You said I was incorrect about the secretary of state because I misspoke," Estes said. "I assumed it was the auditor's office, and now you're telling me that's not correct, so obviously what I said was incorrect.

"If you want to take care of this, let's do it other than in a commission meeting," Estes told Otto.

Otto responded: "You won't answer my emails, Chris. So this is the only way."

Otto said he had sent several emails to Estes, and he eventually did reply that an answer would be forthcoming.

"That's why I do this in public," Otto told Estes. "I want the public to know that you were wrong."

Estes, walking out of the commission chambers, told Otto, "Why don't you call the federal government about this?"

Otto replied: "You accused me of breaking the law, and you were wrong."

A few moments later, Estes walked back in, dropped a folder on the table and angrily told Otto, "I was wrong. I misstated, OK? You are being childish about this whole thing."

The state auditor's office told the News Tribune the state auditor would typically only audit First Class county governments, like Cole County, through a petition audit. Under state statute, a petition audit would be done if enough qualified voters of a political subdivision requested the audit. The subdivision being audited would be responsible for the cost of the audit.

In limited cases, according to the state auditor, county charters permit a county commission to request special audits of the county. The entity requesting the audit would be responsible for paying for it.

The state auditor said no request to audit the Cole County assessor's office has been made by a petition of qualified voters of the county or the County Commission.

When asked if they saw a way to mend fences or to get this to be less of an acrimonious relationship, both sides said there were ways to make that happen.

For Presiding Commissioner Sam Bushman, it would start with better communication.

"It would be wonderful if we could all got along, but I think with the ongoing issues with computer services, we really don't have a relationship with Chris and that tends to make people angry," Bushman said. "I think better communications among us would help because I don't think it's hard to work together to get the job done."

Eastern District Commissioner Jeff Hoelscher said: "We don't necessarily agree on things, and we keep bringing it to each other's attention. He can run his own office, but we need to make sure we're all taking care of the taxpayers."

"It's simple, fulfill your duties that you have taken an oath to do," he said. "Do reassessments of real estate like you're supposed to on odd years in Cole County."

Estes said the commission needs to stop trying to control his office.

"I had a prominent member of the community who has worked with me go to the commission a few years ago, asking them to try and work with me. And they told him they would never work with me," Estes said. "I want to do what is best for Cole County and the taxpayers and get the job done.

"If they'll work with me, that's great. But it's difficult to have people who don't know what's needed, trying to control your office. The assessor knows what's going on, his employees know what the needs are, not somebody who isn't in that office all the time," he said.

CORRECTION: This article was edited at 7:04 p.m. Jan. 2, 2022, to correct the first paragraph, eliminating a misidentification and indicating the feud is between the county commission and county assessor. 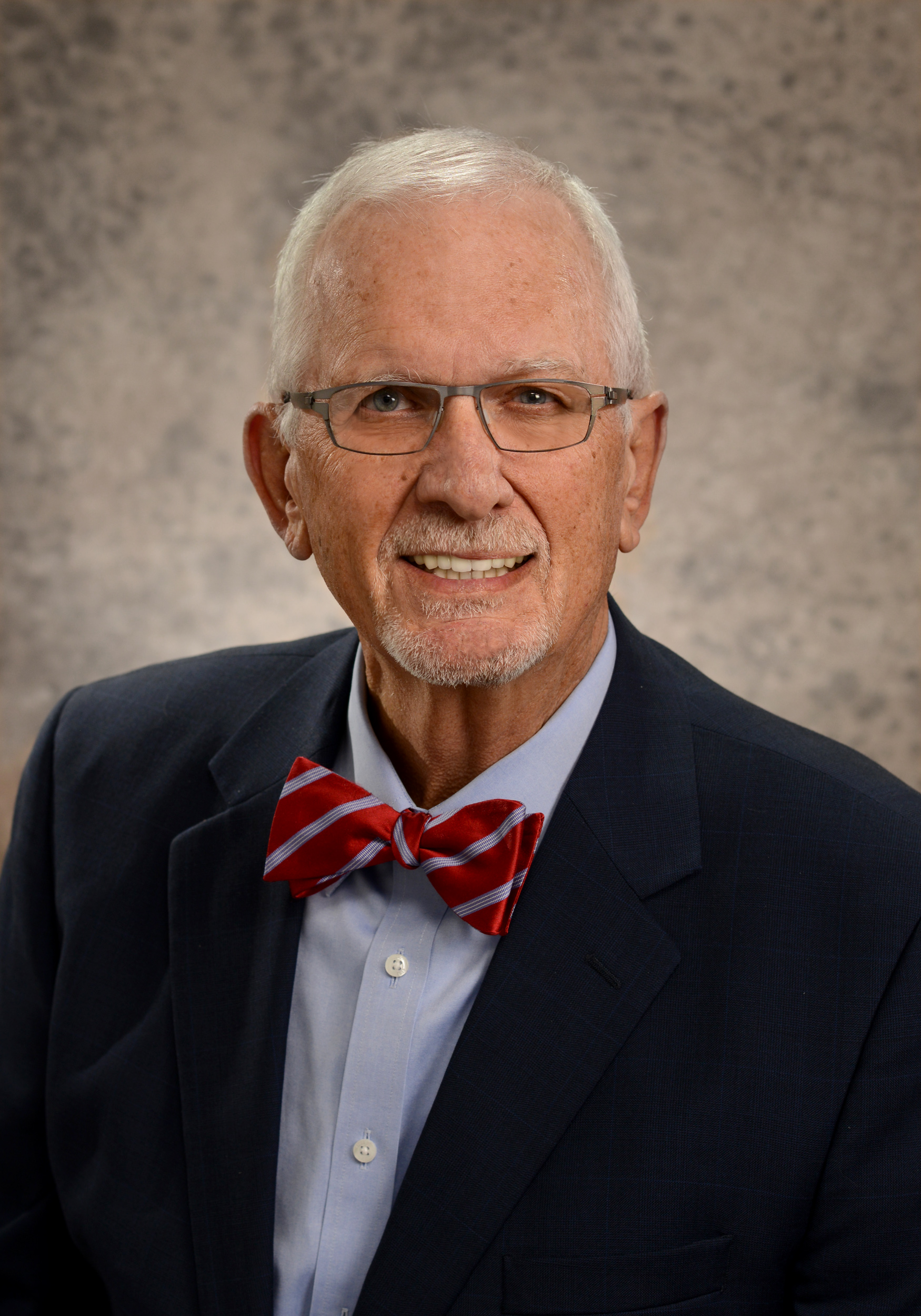