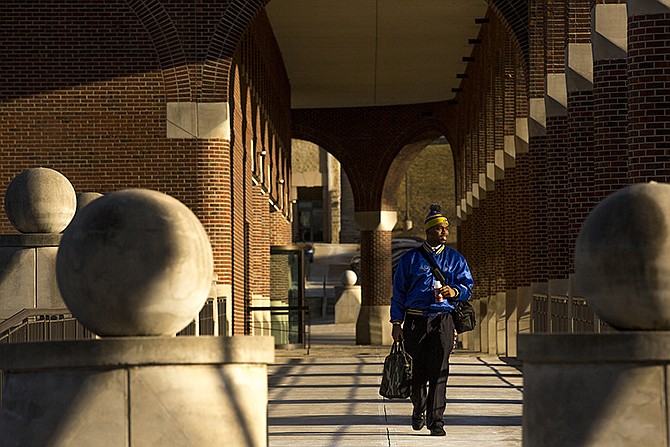 Lincoln University hasn't received its full land grant funding from the state in more than 30 years.

As an 1890 land-grant institution, Lincoln is eligible for up to $17.3 million in combined state and federal funds each year. Federal requirements for the grant mandate states to entirely match federal funds or risk them being withheld.

For the current fiscal year, the state budgeted $5 million to match Lincoln's federal land-grant, said Kelli Jones, a spokesperson for the governor's office. The appropriation is well below the required $8.6 million.

And there's little recovery in sight.

Sandy Koetting, Lincoln's vice president for administration and finance, said the university continues to inform lawmakers about the land-grant funding, but it is not aware of any increases to the allocation right now.

For fiscal year 2023, which begins July 1, Gov. Mike Parson is proposing a core appropriation of $24.5 million for Lincoln, an increase of $1,256,288 from last year. He's also proposing a $20 million investment in the planned Health Sciences and Crisis Center construction project.

Lincoln became a land-grant institution in 1890 along with 18 other historically Black colleges and universities with the passage of the Second Morrill Act. With land-grant designations, the institutions were provided federal funding to support food and agriculture research, teaching and extension programs.

The federal government first began requiring a state match for land-grant funds in 2000, first at 30 percent and then ramping up to 100 percent around 2007.

Koetting said Lincoln has requested a waiver for the federal funds every year it wasn't appropriated enough to match, which has happened every year since 2000.

Lincoln didn't receive its first state appropriation to match the federal land grant until fiscal year 2008, Koetting said, meaning the university was the sole contributor to the match until 2007.

She said the university continued to use its resources to subsidize the state match through June 2017.

"Due to the significance of this financial commitment and other institutional priorities, the university determined it could no longer reallocate university funds to support the match and consequently relies entirely on the State of Missouri to provide the matching support," Koetting said. "In total from 2000-17, the university contributed over $43 million of its resources towards the match."

Jessica Duren, communication director for the Missouri Department of Higher Education and Workforce Development, said the department includes Lincoln's land-grant funding information in its budget books each year -- which the governor creates his budget recommendations around -- but ultimately the Legislature has authority over whether to fund the required state match.

"The department has and will continue to support investments in the state's higher education institutions," Duren said. "In addition, all items listed in our budget book, including Lincoln's land grant, is a priority of the department."

Missouri has another land-grant institution: the University of Missouri. It's land-grant match has been fully funded as the state rolls it into the university's core appropriation.

Had the two schools been funded the same, Lincoln would have an additional $109.4 million from the state, according to Forbes.

Lincoln is required to put the funding it does receive into agriculture extension and research.

LU has received a total of $42 million in appropriations since 2018, Koetting said, all of which has gone to support Lincoln's agricultural extension services and research.

"Lincoln University Extension Office provides research-based educational programs to Missouri's hard to reach populations, socially vulnerable populations, many of whom are ethnic minorities, who slip through the safety net of educational and other services," MDHEWD states on its program description for increasing land-grant funding. "Specifically, Extension serves areas such as St. Louis, Kansas City, Jefferson City, and Southeast Missouri. The Research Department conducts a variety of research programs concentrating on essential subject areas which are relevant to Missouri residents."

Just last year, the university received state funding outside the land-grant appropriation to promote education around Missouri's native plants and explore how they could be marketed as specialty crops. The university is also conducting research on which species of blueberries are best for growing in Mid-Missouri and the Lincoln's Hemp Institute is working to understand what varieties of hemp grow best around the Midwest.

The university is prohibited from using the land-grant funds for institutional purposes, Koetting explained, such as classroom instruction, ongoing repair and maintenance or student support.