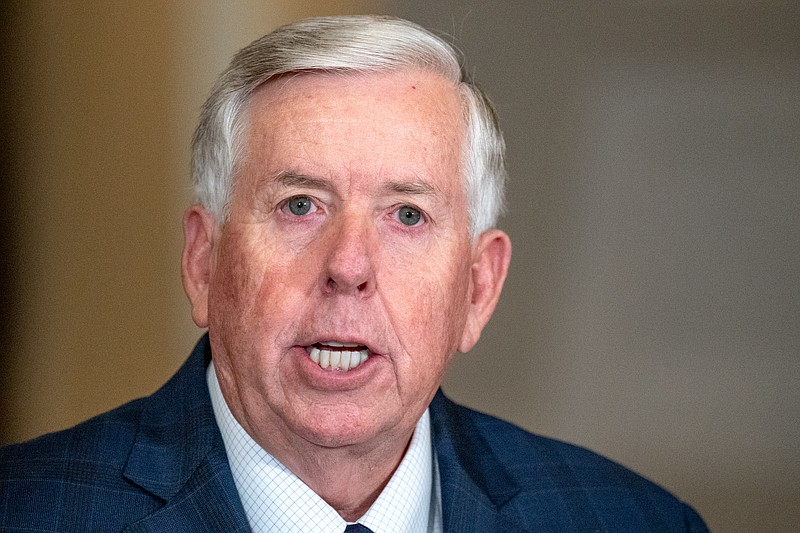 The proposed wage increase for state employees could have a major impact on the government's workforce if it eventually gains Gov. Mike Parson's signature.

Across all 16 departments, 20 percent of employees make less than the proposed $15 an hour minimum, according to the Office of Administration (OA). If the supplemental budget is approved as is, wage compression would impact more than 10 percent of the state government's workforce at around 45,000 employees.

Around 40 percent of those who would see the impact of compression make more than $15 an hour, according to data from OA.

The state's workforce is among the lowest paid in the nation, Gov. Mike Parson has said, with high turnover rates across state departments.

"Veterans home care attendants, residential aides for vulnerable children, and highway workers are among the lowest paid state workers, yet they are critical to maintaining state services and increasing the quality of life for all Missourians," Parson said when unveiling the proposal. "These pay increases are necessary for our team members who provide dedicated service to Missourians day in and day out, and we are calling on the General Assembly to help us make these critical investments in our state workforce."

The plan would also see a 5.5 percent cost of living adjustment (COLA) for state employees.

A state hiring website lists licensed practical nurse jobs for veteran's homes at $37,650-$43,504 a year. Employees of MoDOT's Maintenance Division are paid $31,700-$36,355 a year to help with the upkeep of the state's highway system, according to the site.

A residential adviser through the Department of Elementary and Secondary Education (DESE) would make $24,480 annually, according to a listing from the site.

While Parson named these specific jobs in his announcement, pay and turnover rates vary widely across state government, according to data provided by OA.

OA typically reports median pay rates rather than averages, isolating the true middle point of the pay range while excluding wide outliers at the top and bottom of the scale.

A $15 an hour minimum wage would put full-time state employees at or above around $31,200 a year -- a rate approaching the Department of Revenue's $32,984 median salary, the current lowest median among the state agencies per OA's data.

DOR's average salary is third- lowest at $40,051. The department also reported a 32 percent turnover rate as of December.

The Department of Corrections is the second-lowest with a $36,000 median salary and a $37,774 average. It reported a turnover rate of 32 percent, according to OA's data.

The median salary for Department of Mental Health employees came in third at $36,795 with an average salary of $47,084 and a turnover rate of 39 percent.

The Department of Economic Development, on the other hand, is at the top of the list for both metrics. DED employees have the highest median salary at $52,154 and the highest average at $58,564 a year, according to OA, with a 28 percent turnover rate.

The overall turnover rate for the executive branch was 27.4 percent as of December 2021, with a $39,245 median salary across all departments and an average salary of $45,676 a year.

Vacancies remain high as well for positions across the executive branch: Parson said vacancy rates are 30-100 percent for certain positions and called on the Legislature to enact his recommendations to attract more candidates for state work. There are around 500 vacancies across state government in Jefferson City alone, according to the state's hiring site.

With all this data at the forefront of Missouri executives' minds, OA spokesman Chris Moreland said the goal was to bolster recruitment and retention among a struggling state workforce.

"All departments and team members would benefit from a salary increase," Moreland said. "Salary increases help the state of Missouri to recruit and retain top talent."

If it were passed as currently written, the budget proposal would earmark $246,167 for the department's COLA, minimum wage increase and compression. The proposal would cost $91 million, including $52 million in general revenue.

Sen. Mike Bernskoetter, R-Jefferson City, joined other local lawmakers in urging his colleagues to pass the proposal. He said state workers -- many of whom are his constituents -- had reached out about pay rates over the years.

"It will cost far more in the long run if we lose experienced workers that we count on to run this state, especially if we can't attract new employees," Bernskoetter said.

Comments on the proposal during Parson's State of the State address last month received a standing ovation from lawmakers and budget leaders in both chambers have thrown their weight behind the idea.

Despite ample support and Parson's hopes to have it passed by Feb. 1, the bill has yet to move beyond its first stop in the House Budget Committee.

The state workforce saw a 2 percent COLA at the beginning of the year. Another 5.5. percent COLA is included in Parson's pay plan proposal for the next fiscal year.

OA also hopes to see changes to the state's pay schedule alongside the proposed increase. The department approached Rep. Dave Griffith, R-Jefferson City, to sponsor a bill allowing state employees to be paid biweekly rather than on the first and 16th or the month. The bill was unanimously approved by a House committee this week.