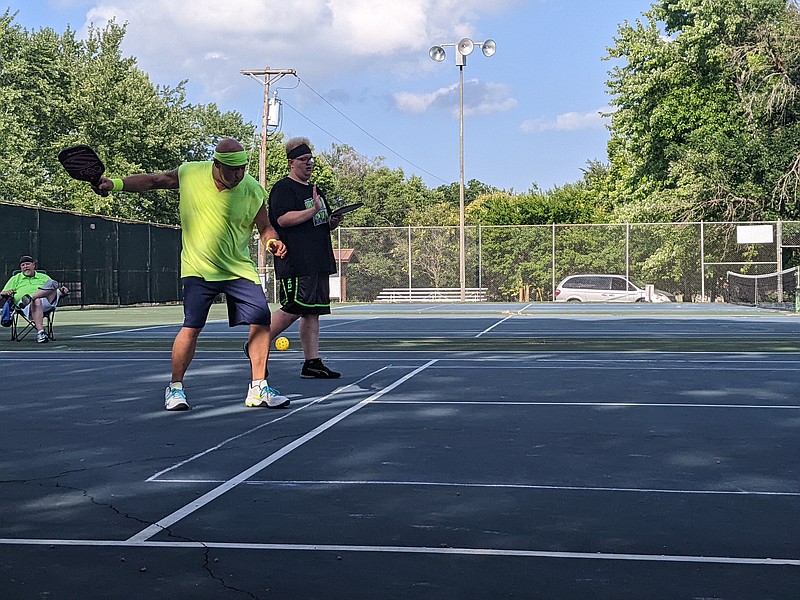 "This will mean a lot to a group of people," Parks Director Todd Spalding at the Parks Commission meeting.

He added: "Not only will it meet a need for the community, but it's an opportunity to host tournaments for economic activity."

To pay for design services and the first phase of Washington Park improvements, which is installing pickleball courts, the Parks Commission approved a change order costing $88,000.

The order will cover the cost of schematic designs only, and more than $500,000 was set aside for constructing the courts, Spalding said. The change order was on top of $14,000 that was paid to develop a Washington Park master plan.

After the holiday, Spalding said, the documents will likely be prepared to bid out for construction services.

So far it announced plans to improve the skate park, build a bike park consisting of a smaller skills course and land trails, and build courts for pickleball games. On Tuesday, the commission approved a contract with James G. Staat of St. Louis, Missouri, for $53,800 to repair the skate park.

"Basically, it is a lot of cleaning; it is sandblasting and putting this product over the existing pieces of concrete to smooth it out and give it more years of life," Spalding said.

The commission also approved a cooperative procurement agreement through Sourcewell to contract services from the American Ramp Company to install a few new pieces, such as half pipes, bank ramps, grind rails and quarter pipes to the skate park.

A cooperative procurement contract is a program enabling another company to execute bidding procedures, and it simply replaces the city's bidding process to save on time and money. The total cost for improvements is $149,835.

"These have been vetted by skaters, this is what they say is the best use of our space," Spalding said.

No other plans for the park have been announced, Spalding said, but the department plans to redo the tennis courts across from an area where the bike park will be located. He said a shelter and "play feature" will likely be added beside one or two tennis courts.

Other features at Washington Park include an ice arena, baseball and softball fields, horseshoes and about 1.4 miles of Greenway.

The majority of the park itself was acquired by the commission between 1929 and 1937 as gifts or purchases.