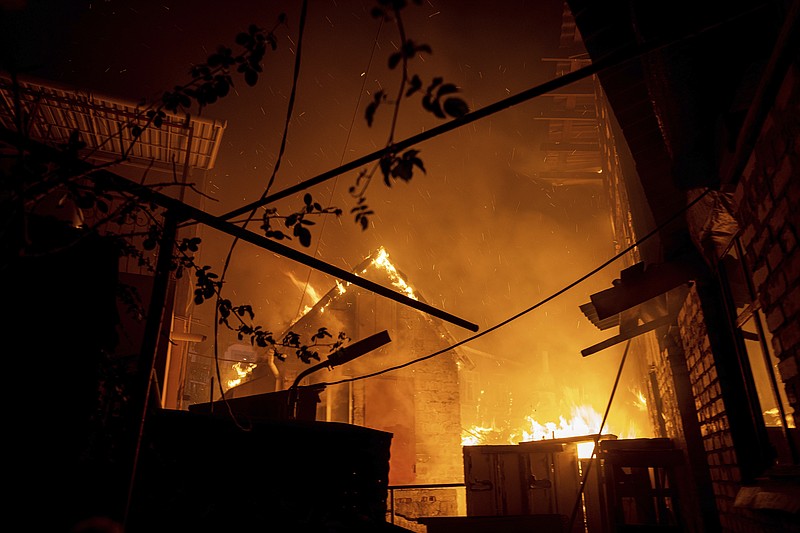 KYIV, Ukraine (AP) -- The head of U.S. intelligence says fighting in Russia's war in Ukraine is running at a "reduced tempo" and suggests Ukrainian forces could have brighter prospects in coming months.

Avril Haines alluded to past allegations by some that Russian President Vladimir Putin's advisers could be shielding him from bad news -- for Russia -- about war developments, and said he "is becoming more informed of the challenges that the military faces in Russia."

"But it's still not clear to us that he has a full picture of at this stage of just how challenged they are," Haines, the U.S. director of national intelligence, said Saturday at the Reagan National Defense Forum in Simi Valley, California.

She said her team was "seeing a kind of a reduced tempo already of the conflict" and looking ahead expects both sides will look to refit, resupply, and reconstitute for a possible Ukrainian counter-offensive in the spring.

"But we actually have a fair amount of skepticism as to whether or not the Russians will be in fact prepared to do that," Haines said. "And I think more optimistically for the Ukrainians in that time frame."

On Sunday, the British Ministry of Defense, in its latest intelligence estimate, pointed to new signs from an independent Russian media outlet that public support in Russia for the military campaign was "falling significantly."

Meduza said it obtained a recent confidential opinion survey conducted by the Federal Protection Service, which is in charge of guarding the Kremlin and providing security to top government officials.

The survey, commissioned by the Kremlin, found that 55 percent of respondents backed peace talks with Ukraine while 25 percent wanted the war to go on. The report didn't mention the margin of error.

Levada Center, Russia's top independent pollster, found in a similar poll carried out in November that 53 percent of respondents supported peace talks, 41 percent spoke in favor of continuing the fight, and 6 percent were undecided. It said that poll of 1,600 people had a margin of error of no more than 3.4 percent.

The British Defense Ministry noted that "despite the Russian authorities' efforts to enforce pervasive control of the information environment, the conflict has become increasingly tangible for many Russians" since Putin in September ordered a "partial mobilization" of reservists to bolster his forces in Ukraine.

"With Russia unlikely to achieve major battlefield successes in the next several months, maintaining even tacit approval of the war amongst the population is likely to be increasingly difficult for the Kremlin," the British ministry said.

In recent weeks, Russia's military focus has been on striking Ukrainian infrastructure nationwide, pressing an offensive in the Donetsk region city of Bakhmut and shelling sites in the city of Kherson, which Ukrainian forces liberated last month after an 8-month Russian occupation.

In his nightly address on Saturday, Ukrainian President Volodymyr Zelenskyy lashed out at Western efforts to crimp Russia's crucial oil industry, a key source of funds for Putin's war machine, saying their $60-per-barrel price cap on imports of most Russian oil was insufficient.

"It is not a serious decision to set such a limit for Russian prices, which is quite comfortable for the budget of the terrorist state," Zelenskyy said, referring to Russia. He said the $60-per-barrel level would still allow Russia to bring in $100 billion in revenues per year.

"This money will go not only to the war and not only to further sponsorship by Russia of other terrorist regimes and organisations. This money will be used for further destabilisation of those countries that are now trying to avoid serious decisions," Zelenskyy said.

Australia, Britain, Canada, Japan, the United States and the 27-nation European Union agreed Friday to cap what they would pay for Russian oil at $60 per barrel. The limit is set to take effect Monday, along with an EU embargo on Russian oil shipped by sea.

Russian authorities have rejected the price cap and threatened Saturday to stop supplying the nations that endorsed it.

"We will sell oil and oil products to those countries, which will work with us on market conditions, even if we have to somewhat cut production," Deputy Prime Minister Alexander Novak said Sunday.

In yet another show of Western support for Ukraine's efforts to battle back Russian forces and cope with fallout from the war, U.S. Under Secretary of State for Political Affairs Victoria Nuland on Saturday visited the operations of a Ukrainian aid group that provides support for internally displaced people in Ukraine, among her other visits with top Ukrainian officials.

Nuland assembled dolls out of yarn in the blue-and-yellow colors of Ukraine's flag with youngsters from regions including Kharkiv in the northeast, Kherson in the south and Donetsk in the east.

"This is psychological support for them at an absolutely crucial time," Nuland said.

"As President Putin knows best, this war could stop today, if he chose to stop it and withdrew his forces -- and then negotiations can begin," she added. 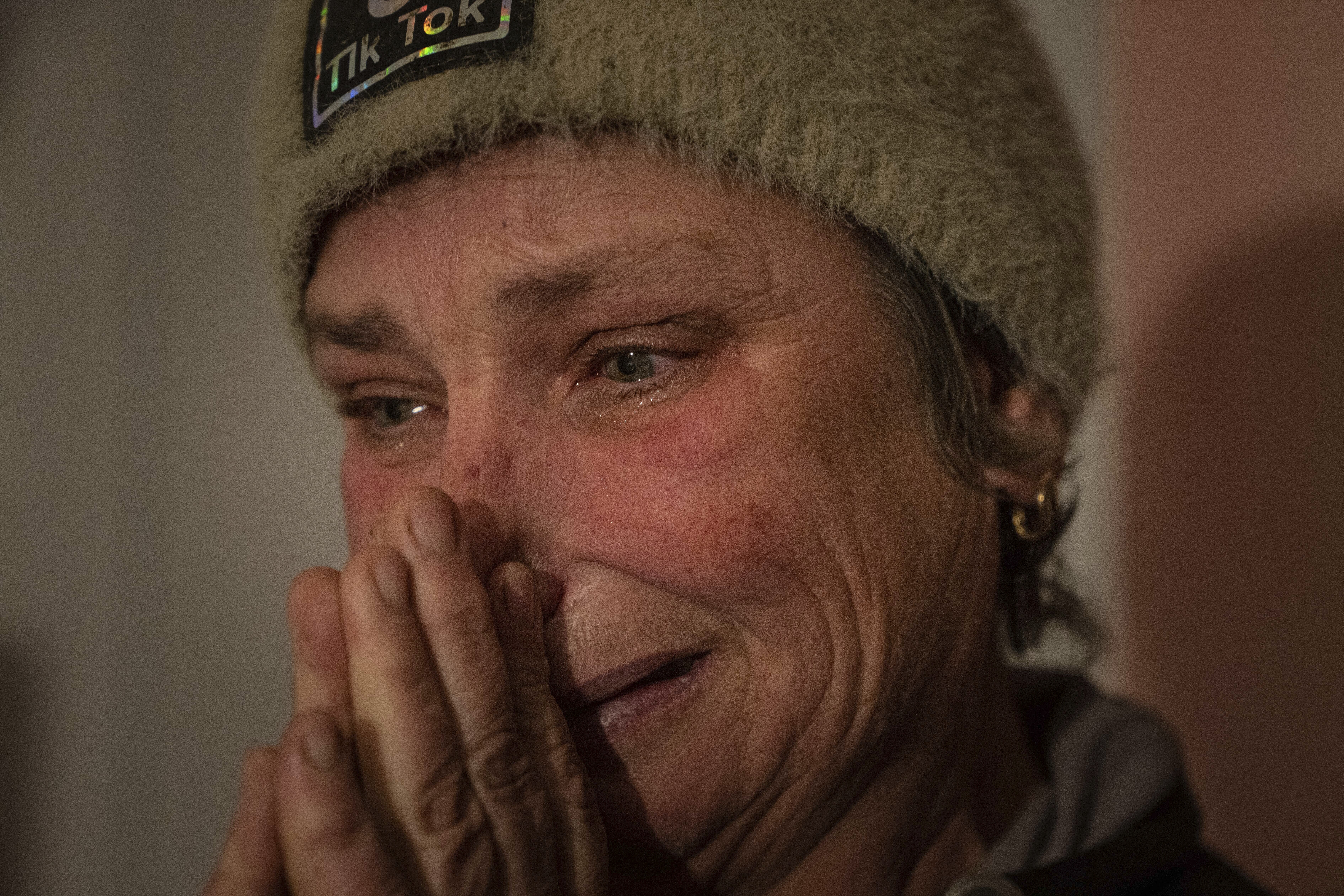 Maryna Semeniuk cries at her house in Vysoke village, Kherson region, Ukraine, Saturday, Dec. 3, 2022. Semeniuk's husband Mykola was injured by Russian soldiers in November and forcibly moved to Crimea, as well two of her sons were captured by Russian forces in July. (AP Photo/Evgeniy Maloletka) 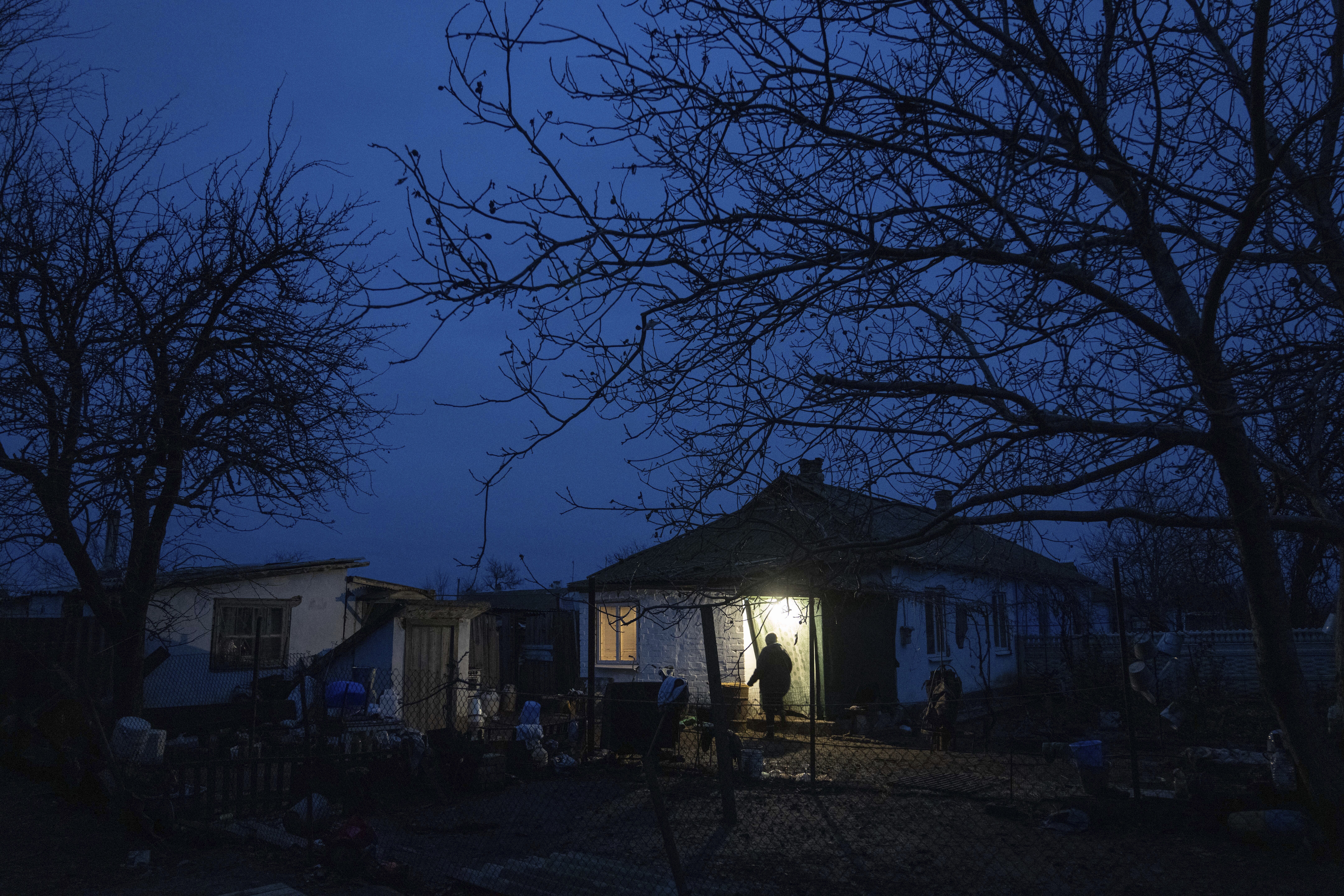 Maryna Semeniuk walks in the yard in front of her house in Vysoke village, Kherson region, Ukraine, Saturday, Dec. 3, 2022. Semeniuk's husband Mykola was injured by Russian soldiers in November and forcibly moved to Crimea, as well two of her sons were captured by Russian forces in July. (AP Photo/Evgeniy Maloletka) 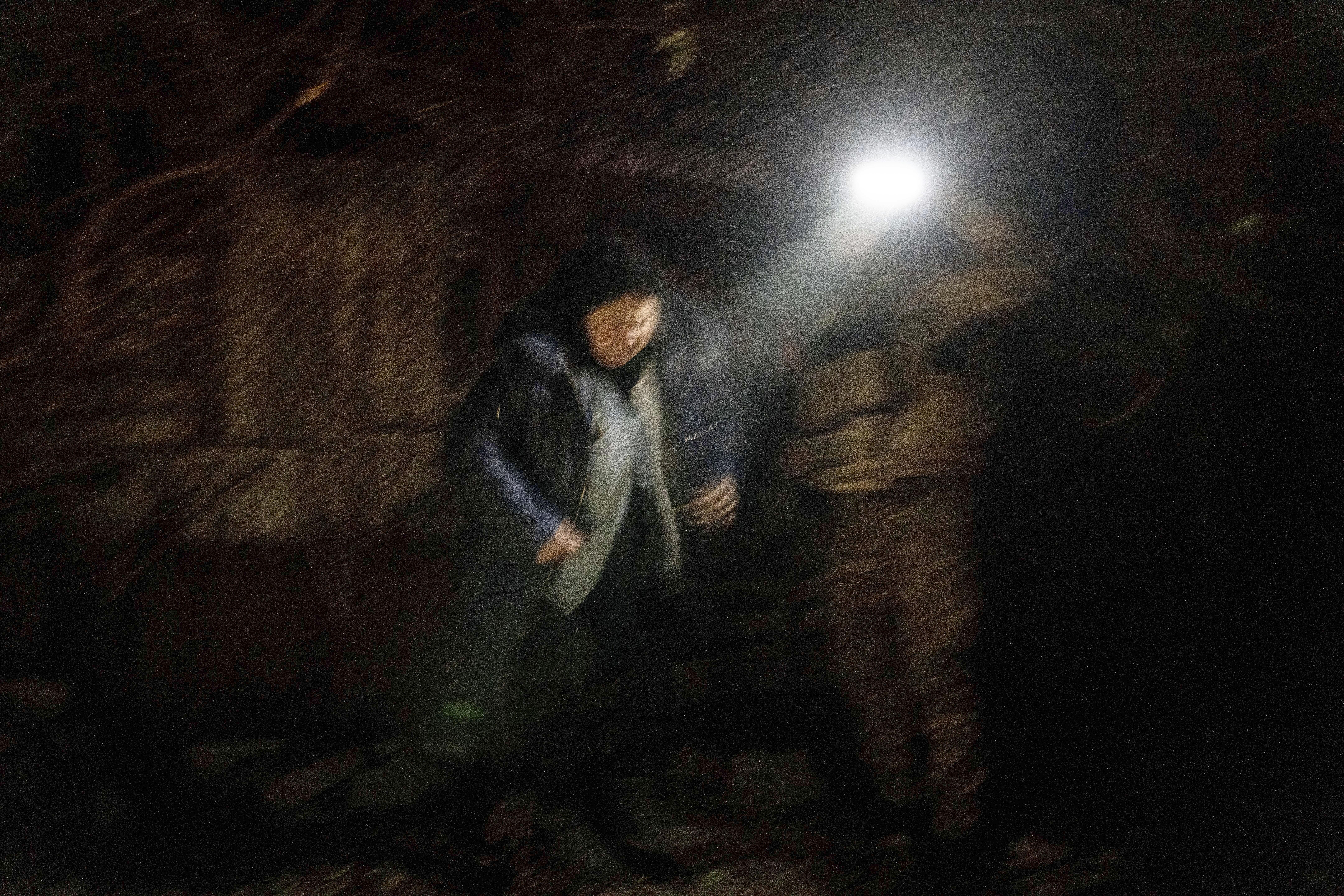 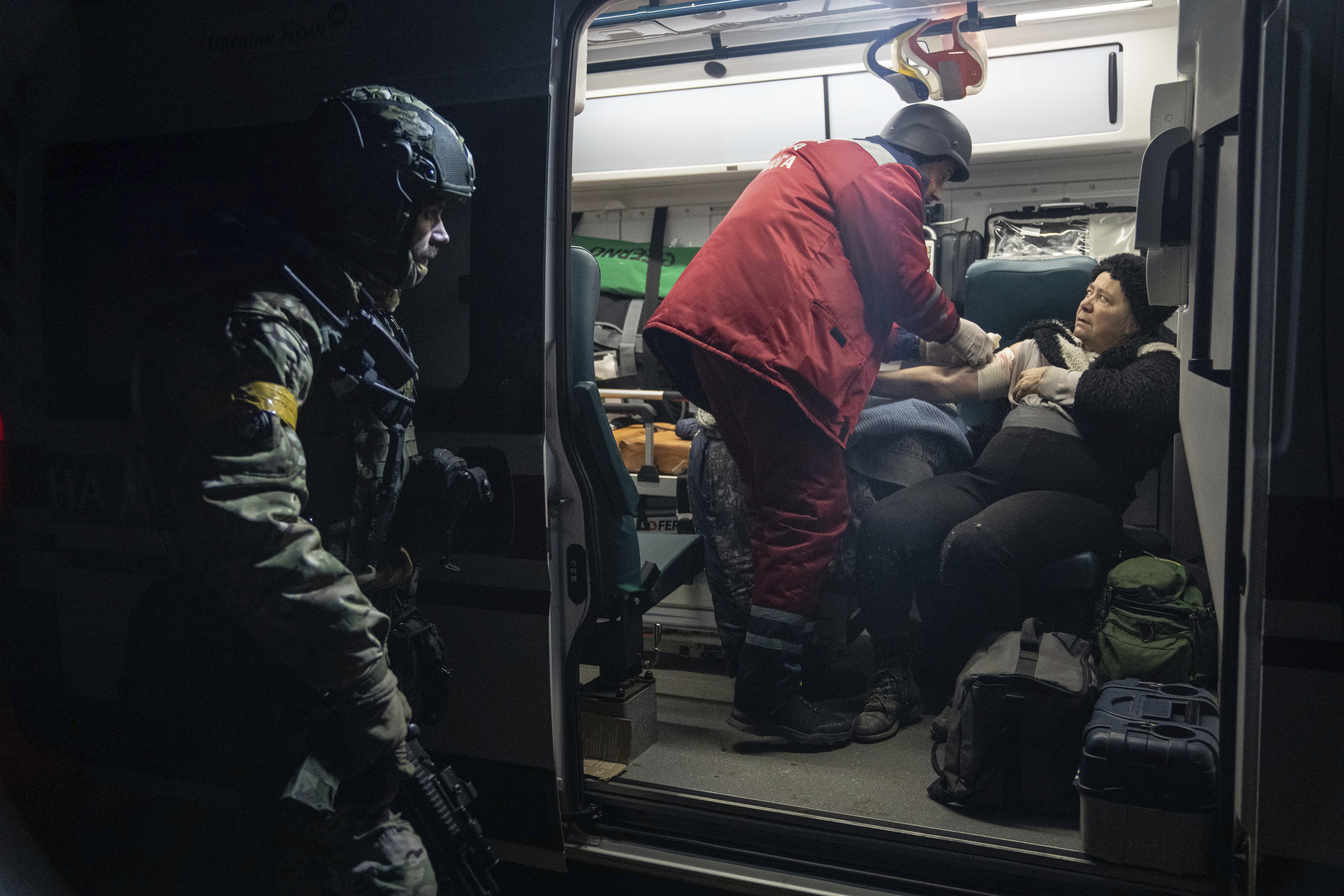 A paramedic bandages a shrapnel wound on the arm of a woman in Kherson, Ukraine, Saturday, Dec. 3, 2022, after she was injured during Russian shelling. (AP Photo/Evgeniy Maloletka) 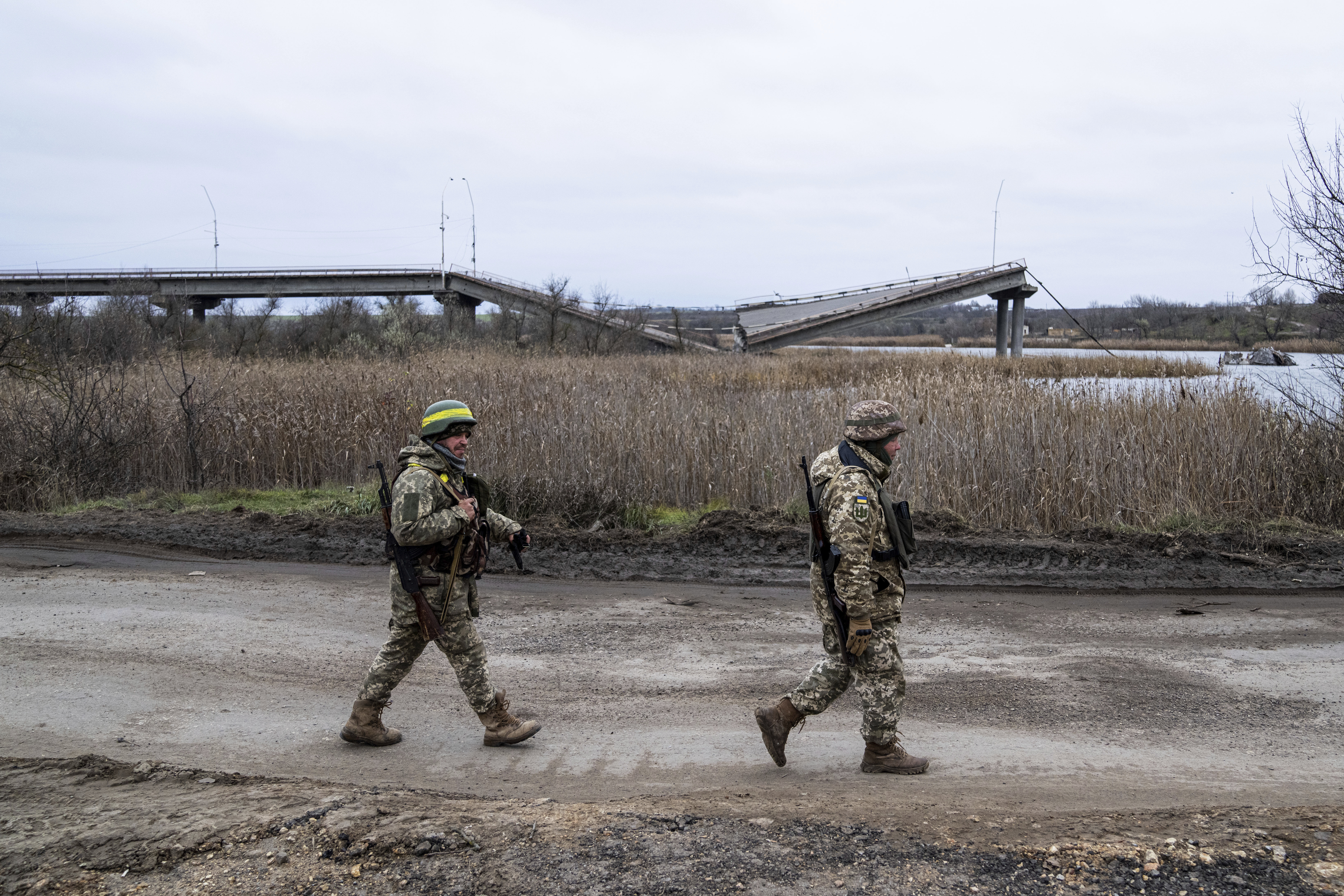 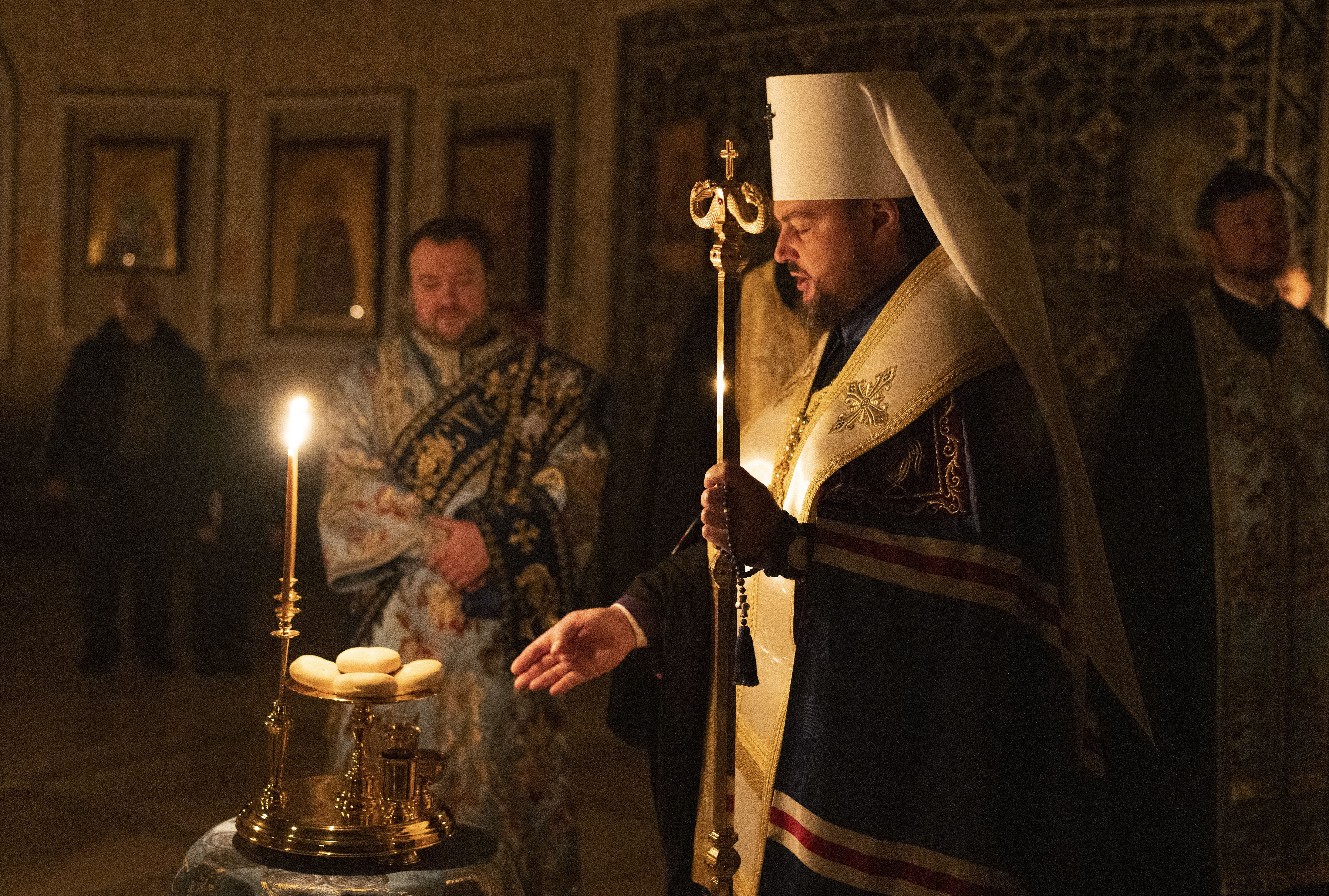 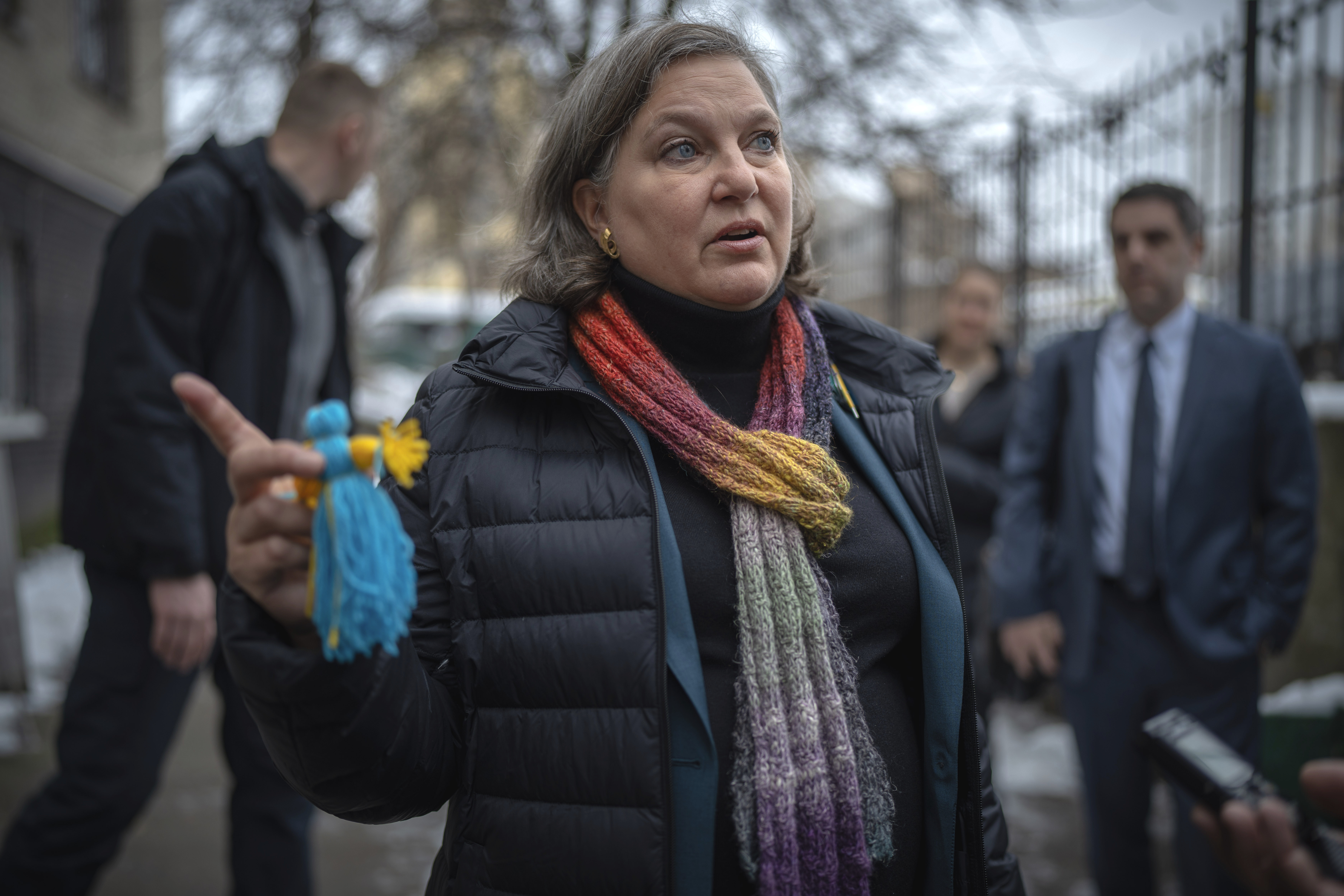 Under Secretary of State for Political Affairs Victoria Nuland holds a doll made by children who have been driven from their homes in the country's eastern and southern regions because of the war, as she talks to the media in Kyiv, Ukraine, Saturday, Dec. 3, 2022. (AP Photo/Roman Gritsyna) 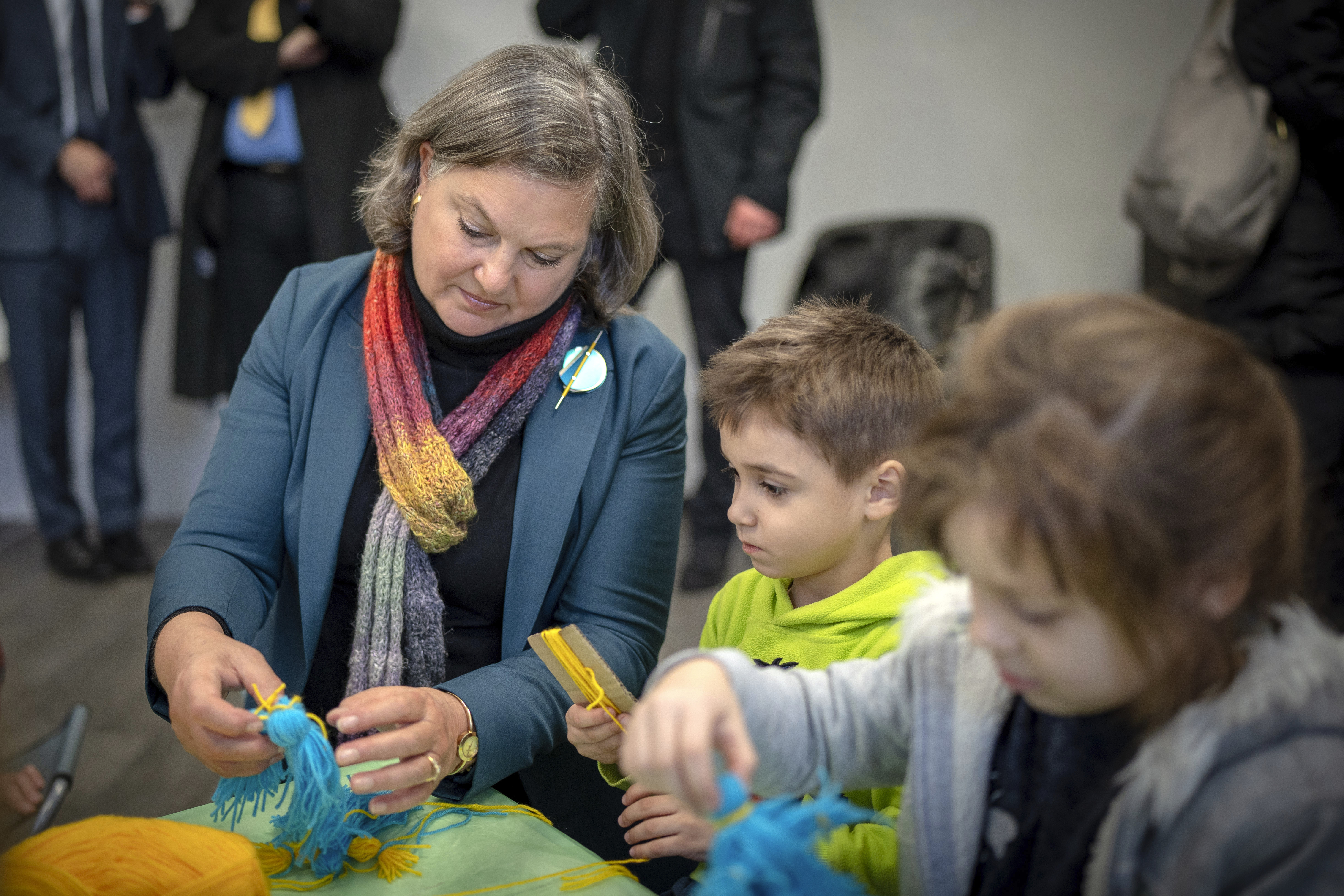 Under Secretary of State for Political Affairs Victoria Nuland, plays with children who have been driven from their homes in the country's eastern and southern regions because of the war, in Kyiv, Ukraine, Saturday, Dec. 3, 2022. (AP Photo/Roman Gritsyna)