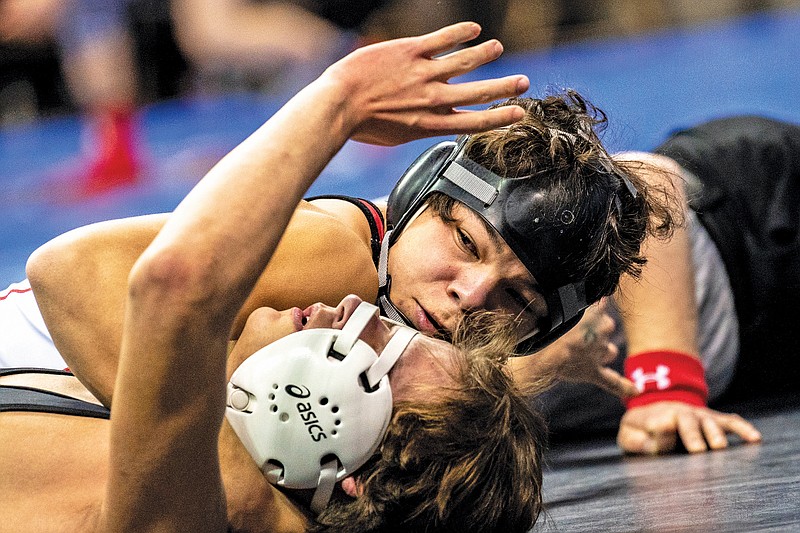 The Jefferson City Jays have been fortunate to have some strong senior classes in recent wrestling seasons, with many featuring four-year starters.

This year will be a little different, with just two seniors among the 30-plus wrestlers.

“We’re doing a lot of teaching, we haven’t had to do this much teaching in a long time because we’ve had older kids who led and guided,” Jefferson City coach Phil Cagle said as the Jays prepared to open the season tonight with a dual at Fulton.

With that much youth, Jefferson City will need to take advantage of every chance it has to get better to prepare for the postseason.

“Every day at practice, every dual, every tournament is an opportunity to get ready for districts,” Cagle said. “We have to be better at the end of the year than we are right now.

“Our goal is to get one percent better every day. We have 90 days of practices, duals or tournaments, we will hopefully be 90 percent better at the end of the year than where we are now.”

Joe Kuster finished with a 42-7 record last season, taking fourth in the Class 3 state tournament at 145 pounds. He suffered a knee injury this fall that cut short his soccer season. The Jays will be careful as Kuster, slated to wrestle at 150 at the end of the season, continues to rehab.

“There will be times this year when we will sit him out because we want him to be at the best he can be when we get to districts,” Cagle said.

Rodney Wilson, though a senior, is just a second-year wrestler. He will wrestle at 175.

“He’s a really good athlete that if we can keep him fundamental, he will be all right,” Cagle said. “We’ve got to utilize our knowledge to help him understand what he needs to do.”

Stafford will be at 120, with Werdehausen at 138 and McKee at 144. Oliver will be looking to fill-in when Jefferson City needs someone in the lower weights.

Jefferson City’s other starters figure to be juniors Seth Stumbaugh at 113 and Eli Teiberius at 126, sophomores Eric Mejia at 132 and Luke Mosley at 165, junior Cohen Davis at 195, sophomore Gideon Duren at 215 and freshman Luke Jenkins at 285.

“Everybody is going to have to win the spot this season, we’re not going to give it to them,” Cagle said.

“I don’t know that a lot of teams will have anybody in that weight class because that’s a kid that’s not out there anymore,” Cagle said. “Kids are getting bigger.”

With the inexperience, Cagle figures Jefferson City will be a better tournament team than a dual team.

“Everybody likes wins, but we’re going to use the duals to gain experience,” he said. “”It’s individuals, focus on yourself to get ready for districts.”

Jefferson City will wrestle in the Class 3 District 4 Tournament at Belton.

“It will be tough, maybe the toughest in the state,” Cagle said. “But we should be ready for that good competition.”

After tonight’s opener, Jefferson City will wrestle this Friday and Saturday in the Missouri Duals at Helias. The Jays will not wrestle at Fleming Fieldhouse until hosting the Steve Johnson Tournament on Jan. 14.

“It will be a fun season,” Cagle said. “And the most fun you will ever have is when you have your hand raised after you win.”